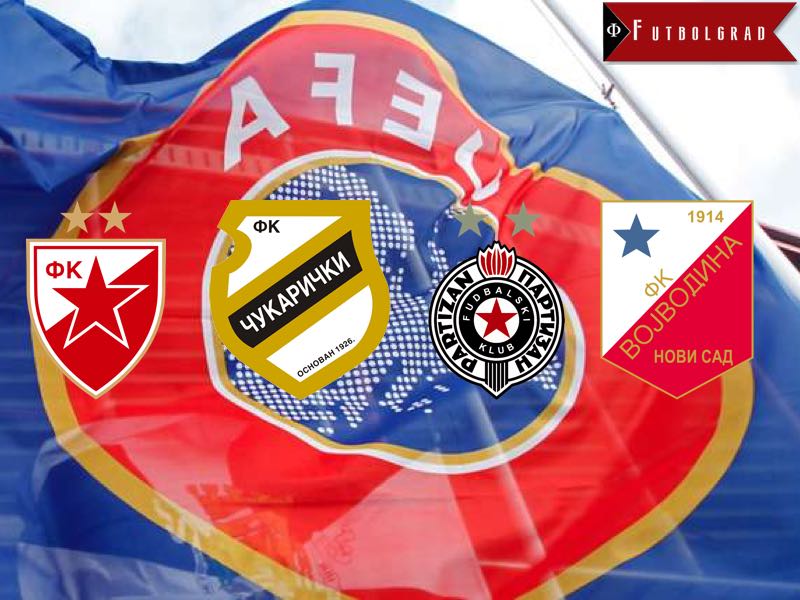 National Cup winners Partizan and Serbia’s first-ever privately-owned football club Čukarički ended their UEFA Europa League paths in the second qualifying round, while Serbian Champions Red Star and FK Vojvodina took their fans through a nervy ride in the play-off round, suffering worryingly disappointing defeats to Italian side Sassuolo (4-1 on aggregate) and to Dutch club AZ Alkmaar (3-0), respectively.

A season without a single club in the group stage of a European competition has been regarded as the final nail in the coffin for Serbia’s club football, which hit its lowest point this year.

Founded in 1914, FK Vojvodina is one of the oldest football club competing in the top tier of the Serbian football—the Super Liga.

Based in the second largest city in Serbia—Novi Sad—Vojvodina were one of the most successful clubs in the former Yugoslavia and the Old Lady, as they are commonly referred to in Serbia, are the third most popular club in the country after Red Star and FK Partizan.

FK Vojvodina have enjoyed the fair share of European success as they won the Group 10 of Intertoto Cup in 1976, while they also reached the final of the same competition in 1998-99 season when they were beaten by Bungesliga giants Werder Bremen 2-1 on aggregate.

The Intertoto Cup final was their penultimate European participation however as the Serbian Old Lady has not taken part in group stage of any European competition since the 1999-00 season and their UEFA Cup Round 1 elimination at the hands of Slavia Praha.

Vojvodina took part in seven qualifying cycles since then, but have yet to qualify for the group stage.

Things have been similarly disappointing for the Serbian champions Red Star whose elimination by the Serie A side Sassuolo marked the ninth season in a row without a place in Europe. Difficult times continue for Serbia’s only European champion despite heavy squad investments and state support. 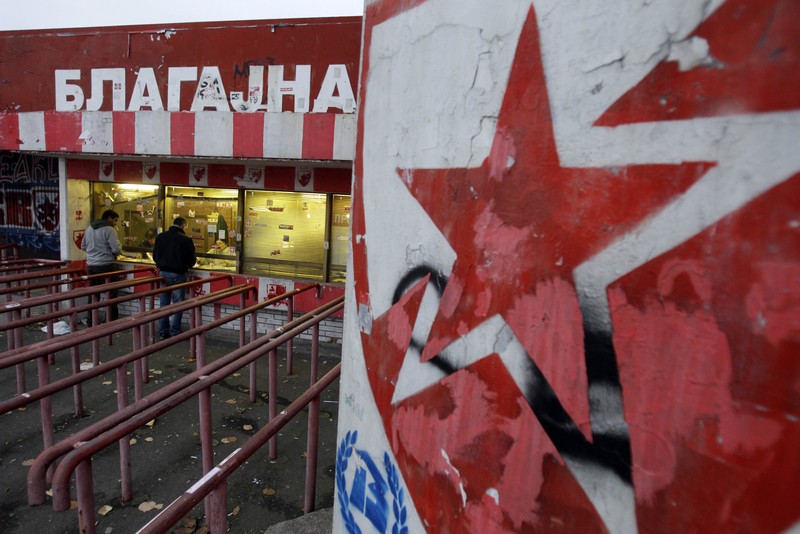 Red Star have been aided by a lavish sponsorship deal with the Russian company Gazprom—now a major shareholder in the state gas company NIS. In fact, Gazprom owns 56.15% of the NIS’s share capital, while only 29.87% is owned by the Republic of Serbia. The remaining percentage is held by Serbian citizens, former employees and other minor shareholders.

With plenty of new faces and seemingly a quality side at head coach Miodrag Božović’s disposal, the 2016-17 season was supposed to be the year when Red Star would finally end the European hoodoo.

It all ended in disappointment though with several key players already nearing the exit door in search of European football away from the Rajko Mitić stadium.

European exits have once again underlined Serbia’s need for the privatisation of sport and reforms that would boost the club system in general.

State Unable to Deal with Problems

Serbian Prime Minister Aleksandar Vučić has recently spoken about the “much needed” privatisation in football, including Serbian major clubs such as Partizan and Red Star, as the state is eager to cut the sport budget expenditure.

Aleksandar Vučić even went on to call the lack of privatisation in football one of the “greatest diseases of our society”, highlighting his inability to deal with the problem created by the state-owned clubs which are—in his own words—“racketeering the Serbian state”.

European competitions as a channel to obtain additional profit necessary for day-to-day functioning of the Serbian clubs would have been a major help this year for Vojvodina and Red Star Belgrade, who would have earned €3 million just for reaching the group stage of the UEFA Europa League, television deals and ticket sales not even included.

Selling the prized assets, in form of talented players, in order to make ends meet during the year is another option, but the state-owned clubs often reach out to a method that has been largely frowned upon and condemned by the Serbian public.

Furthermore, Serbian clubs would often sign sponsorship deals with public companies and spend the money in advance and then take short-term loan deals from the banks that ultimately get covered by the government when club boards fail to regulate the finances.

Changes to the new Sports Act (Zakon o Sportu) and intentions to introduce and implement the new Privatization Act have been expressed on several occasions since 2013 and were expected to be finally pushed through in June 2015, but the State has so far failed at any attempt at initiating the changes to what has become a corrupted and mafia-tied system over the past decade(s).

The Serbian Prime Minister admitted defeat even before the fight for the solution in Serbian football had begun.

Having revealed that he does not enjoy support in the government in his efforts to deal with the clubs’ state ownership, Vučić ultimately states that he is unable to resolve the hot matter at this point in time.

Reputation on the ropes without football reform

Serbia is a country on its way to the European Union, but its football clubs are preparing for a serious blow to their already damaged reputation.

With none of the four clubs in the European competitions and a publicly conceded defeat, Serbia continues down the same road paved with poor quality to the play, almost no attendance, ruined infrastructure and an overall corrupt system in great part controlled and steered by the hooligans.

Early eliminations and the failure to grab the group stage of Europa League will be a blow for the Serbian club coefficient and the country coefficient alike.

FK Vojvodina (5.5), Red Star Belgrade (3.5), Čukarički (2) and Partizan Belgrade (1) have managed 12 points combined, a number that is divided by four for the total tally of 3,000 points for the Serbia’s national coefficient.

Serbia is currently ranked at place 27 in the UEFA co-efficient ranking, and Serbia will surely see a drop in UEFA rankings with clubs from Kazakhstan and Bulgaria still competing in Europe with a chance to boost their respective national coefficients, which will subsequently allow them to leapfrog over Serbia.

Serbian people are good at finding solace in other people’s misery instead of working on problems of their own so it is only fitting to conclude by stating that overall Balkans situation is not much different than Serbia’s.

An impressive 24 football clubs from former Yugoslavia appeared on the European stage this year. Only one of those—Dinamo Zagreb—will continue its path in the group stage of the UEFA Champions League.

This devastating piece of information is perfectly summing up football affairs not only in Serbia, but in the region as well, which is in dire need of football reform.