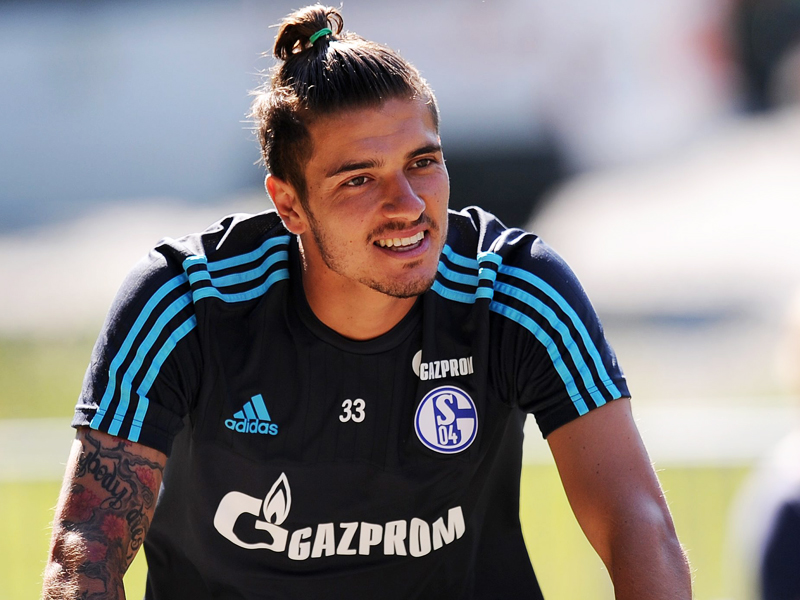 By the time Euro 2016 is here, Russia will likely have naturalised a player for that squad. The announcement came from Russia manager Leonid Slutsky and was confirmed by Minister of Sport Vitaliy Mutko, who said that the decision fits into “team preparation planning.”

The identity of the player remains a secret, but the reliable Sport Express has claimed there are two candidates. The first is CSKA Moscow’s Brazilian right back Mario Fernandes. Slutsky is his club manager, and the rest of CSKA’s defense are already Russian internationals. Good in the air and able to support the attack well, Fernandes would be an interesting option (though not one that stands head and shoulders above his peers). CSKA’s Managing Director Roman Babaev says that Fernandes is interested in Russian citizenship, and that there is “general agreement” with the football authorities on his naturalisation.

The other player suggested is virtually unknown in Russia – Schalke’s Roman Neustädter. Neustädter is a defensive midfielder who can also play in central defence; he has played twice for Germany in friendly matches. Neustädter’s father Pyotr, who played three games for Kazakhstan, says his son has not been contacted by the Russian authorities, but thinks he would be “positive” about the possibility of naturalisation.

A positive here is that Neustädter was born in Dnipropetrovsk, and speaks fluent Russian. Furthermore, on Monday Neustädter told Germany’s Kicker Sportmagazin that, although the Russian authorities hadn’t contacted him yet, he would be happy to represent Russia saying: “this would be an amazing chance for me.” But Neustädter has made comments like this in the past, as in 2011 he stated that he was close to representing Ukraine at the 2012 European Championships, but nothing came of the matter as he was called up to Germany’s national team instead.

Since then he has largely disappeared from Joachim Löw’s radar, making Neustädter a willing candidate for Russia’s national team. The question is whether Russia really needs him. Although he plays in positions where Russia could do with new blood, there are strong local options for this too. As Russian football watcher Joel Amorin tweeted: “When you have young [midfield] players such as Zobnin, Shavaev and Odzoev, this is a bit unfair.”

So what do the fans think? Two separate surveys carried out recently – one by football agent Alexey Safonov and one by Sport Express, have come up with very similar responses: around 45% in favour of and 55% against naturalisation. Those in favour noted medals at the Sochi Winter Olympics that were down to naturalized sportsmen, as well as basketball and MiniFootball successes, and were typified by the comments of Russian football fan Serhio: “There won’t be unnecessary players if naturalisation is targeted. Mario Fernandes is a good candidate in my opinion.” Others, though supportive of naturalization, feel that it should be reserved for those with some connection to the country. Many of those against seemed to have nothing against a player’s ethnicity, but felt efforts should be focused on improving domestic players.

Whatever the fans may think, Mutko’s announcement means that Russia will use naturalized players. Whether this becomes a habit, or whether – as most fans hope – it’s coupled with a development of youth football that would make naturalizing players less of a necessity, remains to be seen.