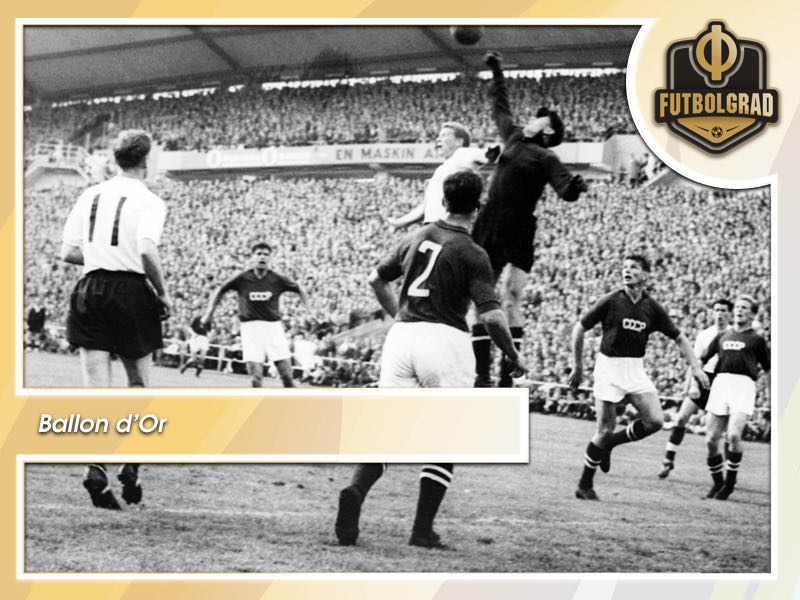 The Ballon d’Or is one of the most, if not the most prestigious award in global soccer. Conceived by Football France, this highly prized award was first issued in 1956.

Originally, up until 2006, the winners and runners up were determined by Europe’s footballing journalists. From 2007, football team coaches and captains were also asked to vote.

For a while – from 2010 to 2015, the Ballon d’Or was merged with the FIFA Player of the Year award. It was then renamed the FIFA Ballon d’Or. But in 2016 this partnership came to an end, and both parties reverted to issuing their awards, as they still do today.

The first Ballon d’Or award went to the now legendary Sir Stanley Matthews. Other illustrious names in the soccer world to have won this award include Alfredo Di Stéfano, the Argentinian who won acclaim with Real Madrid: Eusebio whose goals scored in the 1966 World Cup were spectacular; Johan Cruyff, Franz Beckenbauer, and Michel Platini.

Between 2008 and 2017 the award has been dominated by two players – Cristiano Ronaldo and Lionel Messi. During this time each player won the treasured prize five times. Last year saw Luca Modric win the prize. This year, one of the players being strongly tipped to be the Ballon d’Or was Liverpool’s Virgil van Dijk.

He was narrowly beaten, alongside Cristiano Ronaldo when this year’s Ballon d’Or was announced as going to Lionel Messi. Nonetheless, van Dijk has had an extraordinarily successful year. Of course, the Dutchman’s misfortune was Argentinian’s good luck. He now has six Ballons to Ronaldo’s five. It is something that will give him immense satisfaction, given the two players’ fierce rivalry.

It is nearly always outfield players that are awarded the Ballon d’Or. In fact, the only time it ever went to a goalkeeper was in 1963 when the legendary Russian keeper, Lev Yashin, won the accolade. During the years 1950 to 1970, he spent his entire playing career with Moscow Dynamo. He also gained 78 caps for his country.

For his agility and speed of reflex, he became known as the Black Panther or Black Spider. The “black” was in truth a slight misnomer as his garb was in really, very dark blue, but so dark that it looked black.

Across his illustrious career, he made 150 penalty saves (more than any other goalkeeper on the planet) and kept a clean sheet on 270 occasions. He was voted the best goalkeeper of the 20th century by the IFFHS.

To redress the bias towards selecting almost entirely only outfield players for the top Ballon d’Or award, it has recently been announced that a new category – that of the goalkeeper – has been introduced. Fittingly, in memory of the great man himself, the new prize will be called the Yashin Trophy.