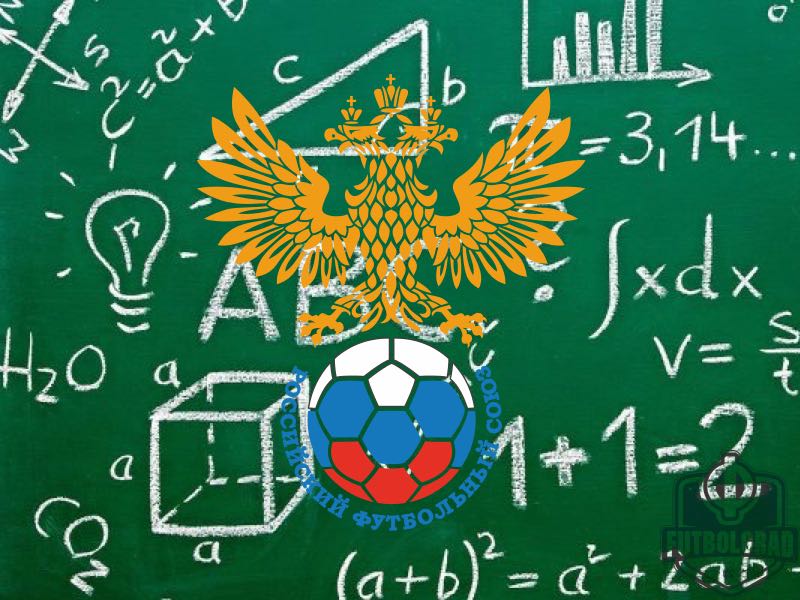 6+5, 10+15 and 8+17 these days one almost needs a degree in mathematics to keep track of what will be the rules regarding foreigners playing in the Russian Football Premier League. But first things first: the current limitations on foreigners in the RFPL is called the 6+5 rule, which allows no more than six foreigners to be fielded on matchday. But the Russian State Duma (parliament), is currently debating changes to the structure of the foreign limitation rule.

Vitaly Mutko has recently suggested that the new limitation on foreigners could be named 10+15. Under that proposal, clubs would be allowed to register ten foreigners in their 25-player squad. The 10+15 rule would have been a significant step towards both fostering more youth development in Russia, but at the same providing a platform in which young Russian players still had to compete for their spots.

Now, however, it appears that the new limitation rule will become much stricter. The most recent proposal, in fact, would see the league adapt an 8+17 rule, which would force clubs to register no more than eight foreigners in their 25-player squad. 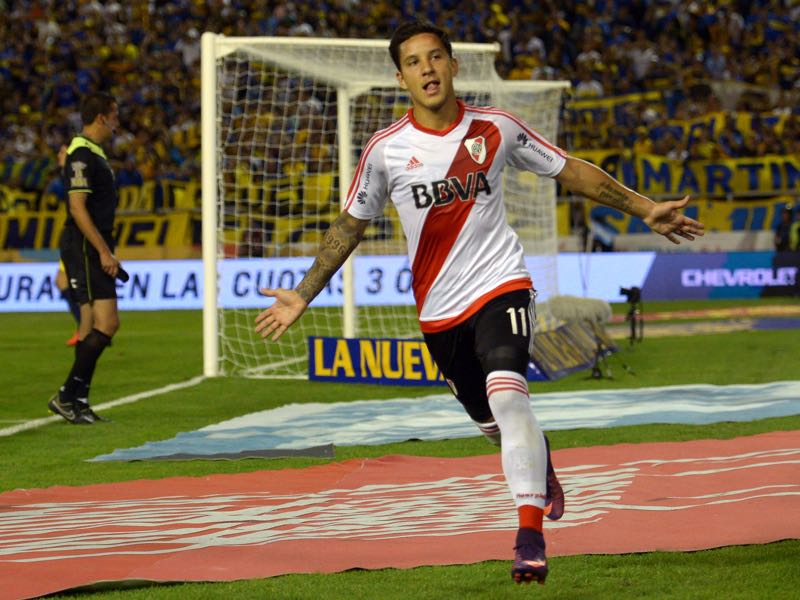 Sebastian Driussi is just one of the foreigners Zenit has signed this summer. (FEDERICO PANDOLFI/AFP/Getty Images)

Nine out of 16 Clubs Would Struggle With the New Regulation

With nine out of 16 RFPL clubs above the new rule, which is expected to be introduced next summer, clubs will struggle to comply with their transfer targets. Russia’s champion Spartak Moscow, for example, has already reacted to possible rule changes by acting very conservative on the market.

Despite having a squad of just 21-players Spartak have made just one signing—the Serbian defender Marko Petković. For now, the club wants to hold out and see if and when the new rule will be implemented. Another factor has been that 8+17 is supposed to be just the beginning. Rumours in Russia have it that the RFPL wants to limit the number of foreign players allowed to be registered to eventually just five.

Such a drastic reduction, albeit over several seasons, would propose a difficult challenge for Russian clubs. Zenit Saint Petersburg for example brought in the two Argentine players Sebastián Driussi and Leandro Paredes. The two new signings mean the club has now 13 foreigners under contract. But with new head coach Roberto Mancini expected to make further investments that number could increase further. 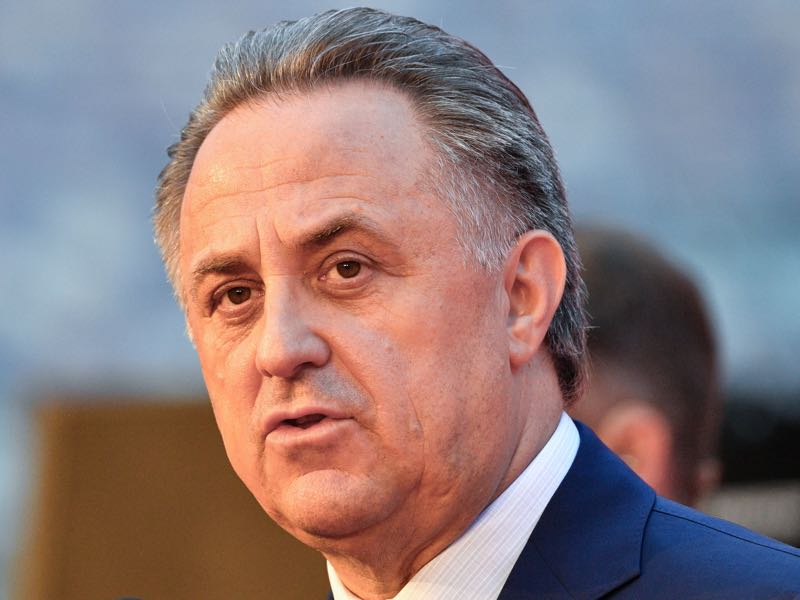 Russian Football Union president Vitaly Mutko is one of the decision makers when it comes to new foreign limitation rules in Russian football. (MLADEN ANTONOV/AFP/Getty Images)

Changes to the rules, in turn, would mean that Zenit will have to unload a significant amount of foreign contracts over the next three transfer windows. Zenit need to comply with UEFA Financial Fair Play regulations, and therefore the club is expected to sell players this summer. But with the new law coming in clubs interested in Zenit’s surplus players now know that the Russian club will have to unload several contracts to meet the new RFPL rules. Zenit could be forced to sell players under value to get them off the books.

Zenit will not be the only club facing this problem. FC Krasnodar and Rubin Kazan also have 13 foreign contracts on their books. Krasnodar has already been under FFP investigation once and is therefore expected to make a transfer profit while also trying to field a competitive squad. Rubin Kazan in the meantime have recently hired Kurban Berdyev, who will want to sell several foreigners brought in by his predecessors anyhow, but at the same time must have hoped that he could generate funds that could be re-invested into the squad.

How Will Clubs React to 8+17 Limitation Rule?

It will, therefore, be interesting to see how clubs will react to the new proposals from the RFPL, the Russian Football Union and of course the Russian State Duma. But with the RFU adamant that changes have to be made to improve youth development the government will likely win this battle in the name of younger Russian players.

Whether the 8+17 rule and subsequent reduction of foreign players, will be successful remains to be seen. Of course, an argument can be made that guaranteeing more squad spaces for Russian players will force clubs to spend more money on academies. But what is more likely will be an even further increase in high paying contracts for young Russian talents.

Lawmakers in Russia hope that new rules could help the Sbornaya, which disappointed at the 2017 FIFA Confederations Cup. (FRANCK FIFE/AFP/Getty Images)

The current 6+5 rule has meant that major Russian clubs started a bidding war over the best Russian talents. The result was that some of the brightest talents were given high paying contracts at CSKA, Zenit, Dinamo, Spartak and Krasnodar. Players like Aleksandr Kokorin or Alan Dzagoev, who could have made the jump abroad, became complacent thanks to big money contracts in the RFPL.

As a result of the Russian national team also suffered, because players were no longer required to compete on the open market with the brightest talent from other European nations. On a first glance limiting squad spaces rather than starting eleven spaces should remedy this problem to a certain extent.

In reality, however, it could make it even worse. Russian clubs can now pay big money to foreign players and in theory field eight foreign starters every matchday. At the same time, they still need to fill their squad with 17 strong Russian players, which would mean that prices for young Russian talented would become even more inflated, especially when the limitation is made more strict in the coming years.

What sort of impact the limitation of foreigners on the squad could have is currently demonstrated in the Chinese Super League. Here clubs are allowed to field just three foreigners on matchday and the limitation has therefore led to Chinese national team players being bought and sold for highly inflated prices. One example is the Chinese winger Chengdong Zhang (market value €475,000), who was sold by Beijing Guoan to Hebei China Fortune for €20.44 million. Hebei China fortune then also spent €17.8 million on the 23-year-old defensive midfielder Yuhao Zhao (market value €100,000). 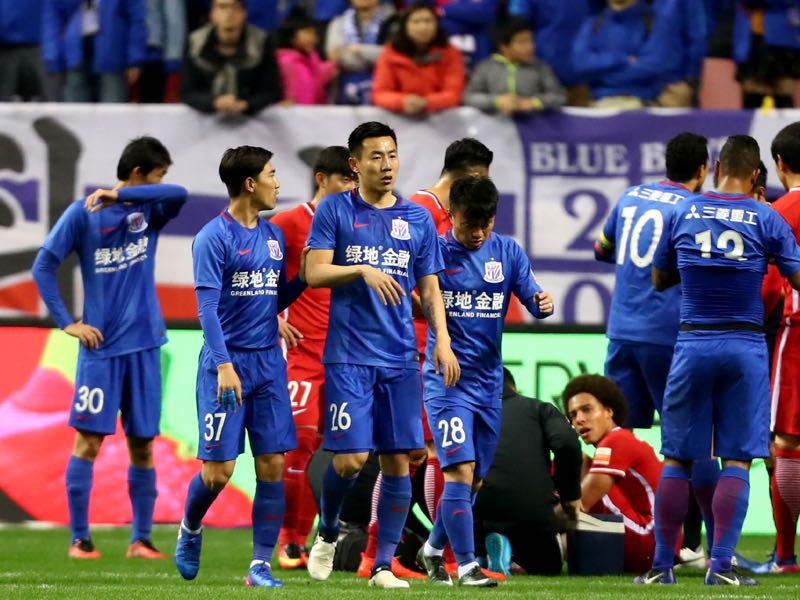 Inflated prices for Chinese national team players should be a warning for Russian lawmakers. (STR/AFP/Getty Images)

The discrepancy between the actual market value of Chinese players and the money spent on them by Chinese clubs is because the Chinese Super League has created a fake hyper-inflated market. The government in China has introduced strict foreign limitation measures while at the same time the government has encouraged investment in national football league.

The new regulations introduced in Russia could have a similar effect on local talent in the Russian Federation than it did in China. By artificially increasing demand for a reduced player pool market prices for talent with Russian passports will skyrocket and Russian players, who were already reluctant to move abroad will now be highly rewarded without ever having to kick a ball.