Nikola Milenković is the latest great talent to come out of Serbia’s seemingly inexhaustible football factory.

This apparently bottomless national pool of talent stands in contrast to Serbia’s unique ability to almost effortlessly ruin great opportunities. Gifted athletes, footballers above all, often go on to rise above their origins—the poverty, decaying infrastructure, corruption and unfavourable environment—to create huge names for themselves at some of the biggest football scenes.

The Serbian football scene, on the other hand, usually produces bad headlines and destroys the nation’s image around the globe—all of which is exemplified by the latest racism scandal involving Partizan midfielder Everton. It is Serbia’s bright stars, such as Nikola Milenković of FK Partizan Belgrade, who offer a lifeline of hope to Serbian football.

Known for their well-established football academy, FK Partizan Belgrade boast a quality production line which has, over the years, produced a number of world-class players. Andrija Živković, Aleksandar Mitrović, and Lazar Marković—and Stefan Savić, Adem Ljajić and Stevan Jovetić before them—are only a handful of the players who have earned world-wide recognition for the renowned Academy.

Standing tall at 1.95m, Nikola Milenković is a towering presence on the pitch. It was his quality performances, though, that made his presence at the Partizan Belgrade known over the past several months.

Having made his professional debut for Partizan in April 2016, Milenković’s Partizan career did not get off to a great start. In one of his first-ever performances for the club against Čukarički, Milenković made a brutal challenge against Petar Bojić, which earned him a red card and a four-match suspension.

He got back on the main stage in the final match of the 2015-16 season in a derby match against Vojvodina, to score the hundredth goal for the season and end it in style— thereby announcing his talent at both ends of the pitch.

The Belgrade giants have filled their current season’s squad with a fresh batch of talented newcomers and Nikola Milenković seems to be the most prominent of the group.

Huge recognition for the Partizan defender’s commanding display of skill this season came with Milenković’s inclusion in Gazzetta dello Sport’s top 30 U-20 players list, which put the Partizan youngster in the esteemed company of names such are Marcus Rashford, Ousmane Dembélé, Renato Sanches and the latest teenager to hit the headlines hard—Kylian Mbappé. 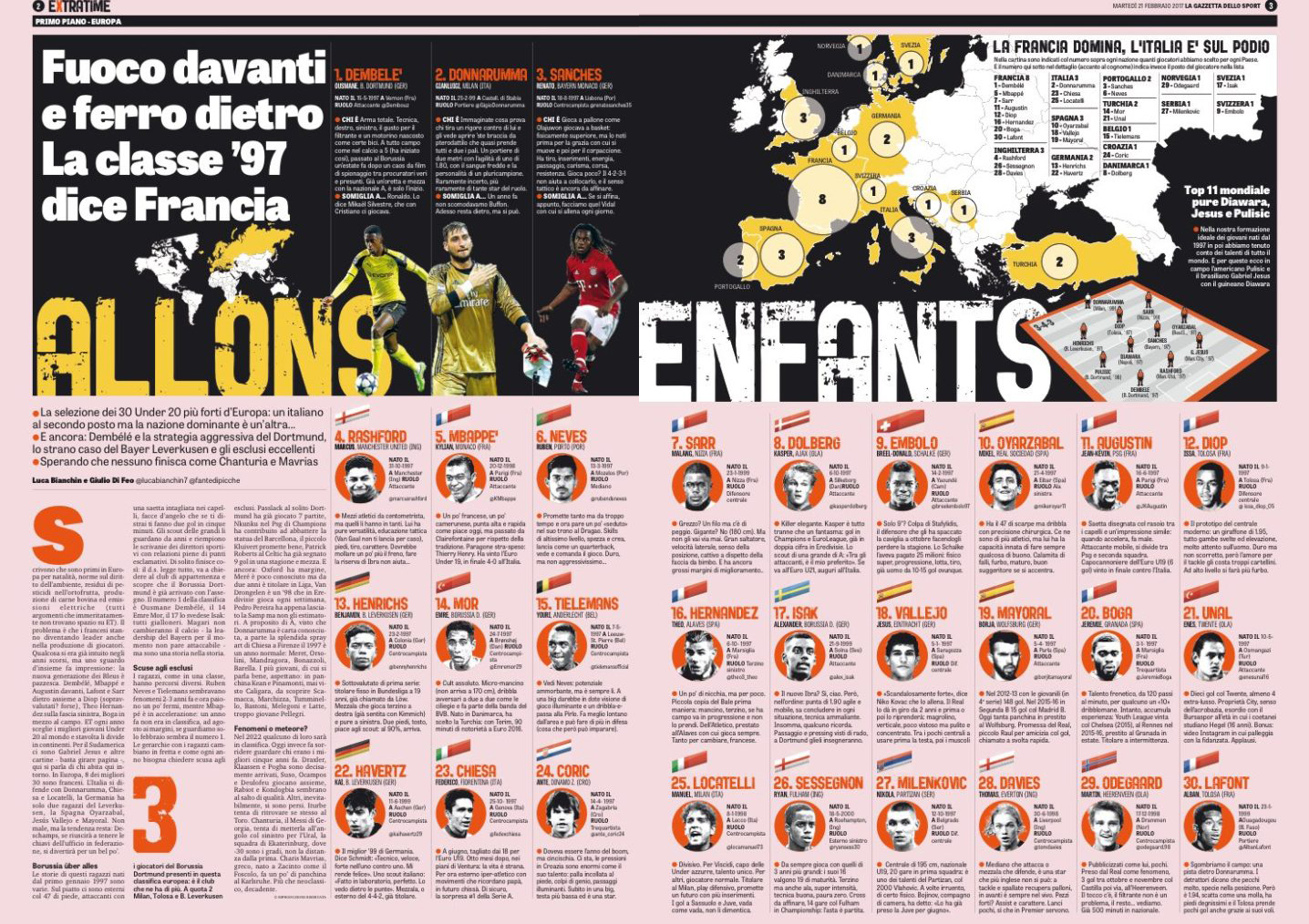 It is not Milenković alone—all of the talented Partizan players this season have attracted plenty of interest from Europe’s biggest clubs and are likely to be sold soon enough for a substantial amount of money.

Criticised for their premature exportation of talented youngsters, FK Partizan Belgrade are, to a large extent, forced to operate in such manner in order to keep their books balanced. Big-money deals are not a guarantee of financial stability, as the current season proved when FK Partizan Belgrade got suspended from appearing in European competitions for three years because the Serbian giants had broken rules over debts owed to players and employers for the third time in last five years.

The Serbian club is awaiting the final decision from the Court of Arbitration for Sports (CAS) on their appeal. This season, however, things went from bad to worse back home when Partizan faced a general strike from the FK Partizan Syndicate Organisation at the beginning of 2017.

Unpaid wages and past debts forced FK Partizan employees to threaten to halt all work at the end of January when the club management attempted to divert blame to their predecessors.

General manager, Miloš Vazura, promised that there would be no strike and that the problems would be solved, but the club vice-president, Vladimir Vuletić, refused to see the syndicate threats as problematic, and claimed that the organisation comprises “20 people out of 150 employees”—thus adopting a completely wrong approach to the problem.

With the newly-emerging problems troubling Partizan daily, news of another high-profile export could provide Partizan with a much-needed financial boost.

With Milenković continuing to dazzle with his compelling performances for Partizan, it is becoming increasingly unlikely that the Belgrade Black and Whites will be able to hold on to their superstar youngster for long.

The January transfer window almost saw Milenković move to R.S.C. Anderlecht in a €4 million transfer, but when the Belgian heavyweights failed to complete the expected transfer of Kara Mbodji to Leicester City, their offer for Milenković was withdrawn.

Six-months on the pitch for Partizan made Milenković a hot property. According to reports from the Italian media, who picked up on Valeri Bojinov disclosing facts about his teammate’s future, Milenković has already made a pre-contract arrangement with Serie A champions Juventus.

“He asks thousands of questions on Juventus. I think everything is agreed there and that official confirmation in June is all that’s left”, Bojinov told Gazzetta dello Sport.

Bianconeri have since approached another Serbian defender—who decided to play for Brazil in an emotional turn of events last year—Lyanco Vojnović, which puts Bojinov’s claims in doubt.

La Liga side, Villarreal were thought to be interested in investing as much as €6 million for Milenković, but the offer never came. In the latest transfer link related to the Partizan defender, the Bundesliga club Hamburger SV, are prepared to top R.S.C. Anderlecht’s offer and to invest €4.5 million to bring in the talented youngster this summer in a deal that would be a major financial boost for the Belgrade club.

However, there appears to be a club that could ruin the entire deal for Hamburger SV.

Serie A side Fiorentina and FK Partizan Belgrade are the two clubs with a great business history, which over the past decade yielded several notable and less notable transfers ( Stevan Jovetić, Stevan Savić and Matija Nastasić are the biggest of them all). Viola appear to be prepared to do some more business with the Serbian giants this summer.

According to the latest reports coming from the Italian press, Fiorentina representatives have already visited their friends at Partizan to discuss a double deal for Nikola Milenković and another player, Dušan Vlahović, who is a talented 17-year-old striker whose influence this season was restricted due to an injury.

The list of suitors is only going to get longer as the current season comes to its end. And with Partizan’s European suspension still in effect, the Black and Whites will have their options limited, as one of the most talented defenders Serbia has had in a while appears likely to leave the nest without making a proper introduction.

“I have two wishes I am yet to fulfil. I would love to lift the Super Liga title with Partizan and to play with my club in Europe,” Milenković said earlier in 2016, before UEFA came bursting through the door.

We will see what the future holds for the wishes of the talented centre-back.