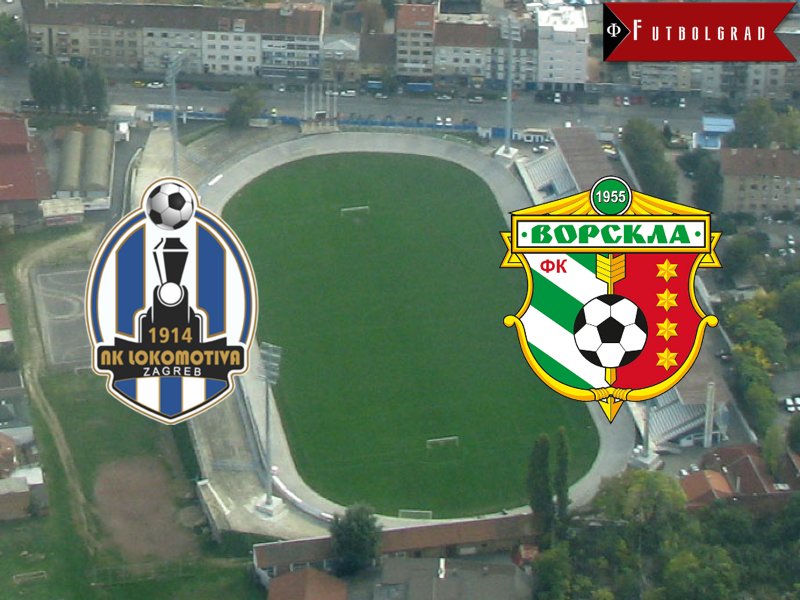 NK Lokomotiva vs Vorskla Poltava is the second Croatian-Ukrainian match up in the third round of the UEFA Europa League qualifiers—the other matchup between the two countries sees Hajduk Split take on Oleksandriya.

But while the Croatian club Hajduk are slightly favoured in their match against the Ukrainians, Vorskla are considered the favourites to beat the relatively unknown Croatian club from Zagreb.

Founded in 1914 as ŽŠK Victoria, the club saw several name changes before finally receiving its current name in 1947 and, these days, Lokomotiva mainly serves as a farm team to Croatia’s most successful club Dinamo Zagreb, who defeated Dinamo Tbilisi in the Champions League qualifiers on Wednesday.

It is, therefore, no surprise that the average age of Lokomotiva’s squad is only 22 years with seven players currently on loan from Dinamo Zagreb. The status of a farm club—although officially that status was severed after Lokomotiva was promoted to the first division in 2009—also means that there is a relatively high fluctuation in the squad, as Dinamo often parks players in, and removes players from the team.

Hence, three players from last season’s squad were recalled to Dinamo Zagreb in the summer, and further players could follow, depending on the club’s status in Europe after this round. The close relationship with Dinamo Zagreb has meant that Lokomotiva has been the first stepping stone for several high calibre Croatian players—including Andrej Kramarić, who now plays for Hoffenheim in the Bundesliga.

Vorskla meanwhile are no strangers to the farm team system themselves as, in Ukraine, multiple club ownership, despite being technically outlawed, has been a common phenomenon for quite some time. Most prominently, oligarchs Rinat Akhmetov (owner of Shakhtar Donetsk), Ihor Kolomoyskyi (Dnipro Dnipropetrovsk), and the Surkis brothers (Dynamo Kyiv), are thought to finance other clubs in order to park players there.

In fact, even Vorskla’s former owner, Oleh Babayev, who was shot dead in July 2014, owned a second club as well—MFC Kremin Kremenchuk. Since the death, Vorskla are in foreign hands, as a conglomerate based in Luxembourg now owns the club.

The foreign ownership has meant that the team currently has relatively stable financing, which has resulted in the club reaching the UEFA Europa League for the sixth time in their history. Poltava, however, have only once reached the group stage of the Europa League—during the 2011-12 season.

According to Lokomotiva’s defender, Dino Perić, this record will not be improved upon this season. “We expect a difficult game. We know how strong our opponent is, but we believe that we can get a good result. We are aware of the fact that they are a strong team, but we don’t think that they are the favourites,” Perić told the media in Croatia.

On the other hand, Vorskla’s biggest offensive threat is Dmytro Khlyobas, who was brought in on loan from Dynamo Kyiv last December and, since arriving at this new club, the striker has scored seven goals in 23 games. The 22-year-old is one of the youngest players in the squad that has an average age of 27.3, and it is this higher level of experience, which should make the Ukrainians the favourites against the Croats.