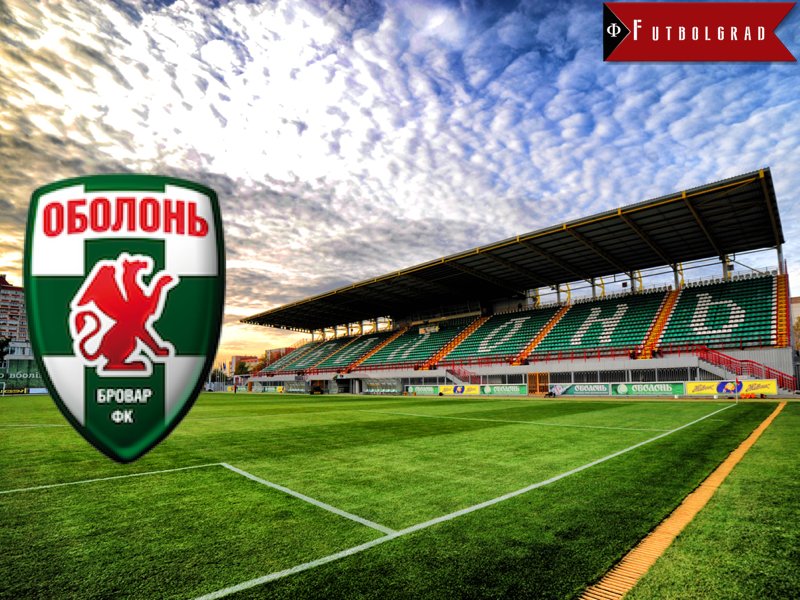 Obolon-Brovar Kyiv – Could The Brewers Return to the UPL?

With the future of Volyn Lutsk, and Dnipro Dnipropetrovsk undecided the Ukrainian Premier League (UPL) once again faces uncertainty over how many teams can compete next season. The chaos surrounding the composition of the 2016-17 Ukrainian Premier League has brought hope to several Persha Liga clubs that they could now be promoted to replace Volyn or Dnipro, or potentially both clubs, in the top flight.

The most likely candidate to be promoted in case Volyn and/or Dnipro cease to exist would be Cherkaskyi Dnipro, who finished the Persha Liga in second place. Yet in the case that more than one club folds before the 2016-17 season kicks off, the athletic director of Obolon-Brovar Kyiv, Oleksandr Reznichenko, has already stated that his team would be ready to play in the UPL.

Reznichenko told sportarena.com “so far no one has told us anything. The team has come back from holidays, and we are preparing for the new season. And should the occasion come [that the club get invited to the UPL], you will have to understand that the decision has to be made by the president of the club [Oleksandr Slobodian].

Reznichenko added: “The team is ready, the infrastructure is ready. Everything is ready. What else would we have to add? We are not ready for something supernatural, but for everything else we have a pre-plan schedule. We have already some players in mind, and we would have to renegotiate some existing contracts.”

Obolon-Brovar Kyiv was newly promoted to the Persha Liga in 2014-15, and then managed an astonishing third-place finish behind now promoted Zirka Kirovohrad, and Cherkaskyi Dnipro.

Obolon-Brovar are owned by the oligarch Oleksandr Slobodian, the founder and chairman of the Obolon Joinst Stock Company, a major brewery in Ukraine. Like many of his pears Slobodian was also involved in Ukrainian politics as he sat in the Verkhovna Rada (the Ukrainian parliament) from 1998 to 2012.

His financial investment in the club has meant that Obolon-Brovar has the necessary infrastructure to compete in professional football. The club’s Obolon Arena holds just 5,000 people, but the stadium was built in 2002, and reconstructed in 2004.

The stadium is located in the Obolonskyi Raion in the very north of the city, and because of its modern infrastructure was used as a training base during the 2012 European Championships that took place in Poland and Ukraine. The small capacity of the stadium could make it difficult for some games, but the club could always move games that expect a higher turnout to the Dinamo Stadium, which is located in the centre of the city.

Slobodian’s funding should also allow the club to make the necessary signings to become competitive in the Ukrainian Premier League. At the same time Slobodian, not unlike Kolomoyskyi, has shown in the past that he is willing to terminate projects on a short notice if he feels that decisions are made without his consent.

This was the case at the original Obolon club that was established in 1992, and already played several seasons in the UPL. Like its current incarnation the Obolon brewery sponsored the original club, which was simply called FC Obolon. But in 2013 Slobodian withdrew funding after the club’s management sold goalkeeper Kontyantyn Makhnovskyi to FC Sevastopol without the owners consent.

As a result the original FC Obolon was eventually dissolved, and Slobodian formed a new club called Obolon-Brovar (or Obolon-Brewery). With the stadium, sponsor, and players in place, Obolon-Brovar would indeed be a logical choice to bring up the number of teams in the UPL if Volyn and Dnipro go under. Kyiv might even be a logical market for the UPL, as the city hasn’t had a second first division club since Arsenal Kyiv declared bankruptcy in 2014.