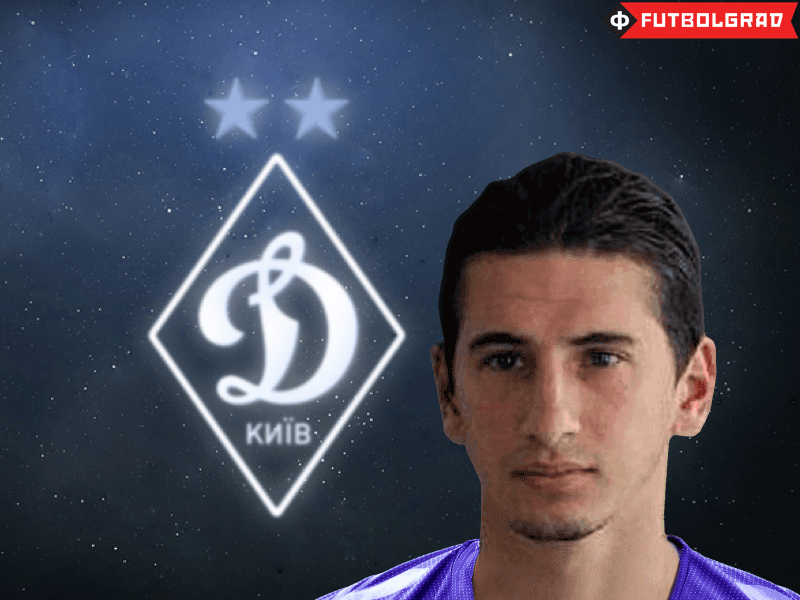 Pavlo Yakovenko is a Dynamo Kyiv legend. He played his part in the success of the 1986 side, which won the UEFA Winners’ Cup and played an important role in the Soviet national team which reached the last 16 of the 1986 World Cup. His personal achievements saw him nominated for the Ballon D’Or, which was instead won by his teammate and fellow Ukrainian, Ihor Belanov. Despite a promising career, injuries took their toll on Yakovenko and his career later stagnated. 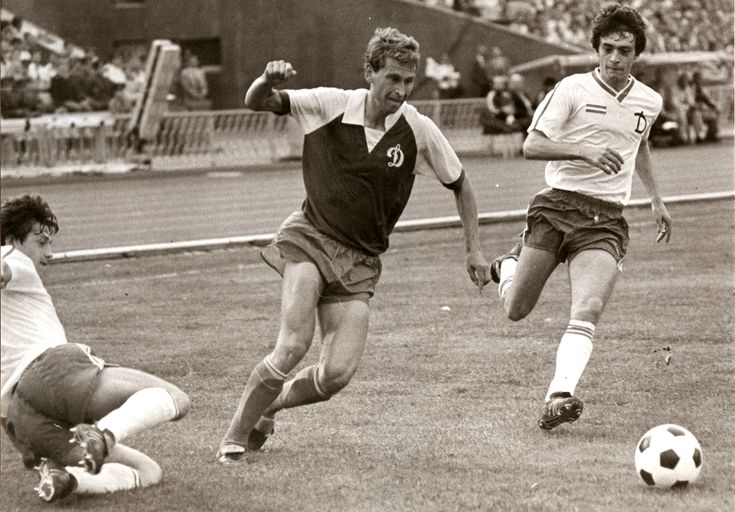 Pavlo Yakovenko in action for Dynamo Kyiv – Image via footclub.com.ua

Football, however, literally runs in Yakovenko’s blood, in that Pavlo’s two sons, Oleksandr and Yuiry are both professional players. This week, at age 28, , 30 years after Yakovenko senior’s finest moments and after a somewhat nomadic career, Oleksandr fulfilled his dream by joining Dynamo Kyiv.

Yakovenko Could not turn down Dynamo Kyiv

Serhiy Rebrov, the Dynamo manager is excited by the prospect and experience of Yakovenko. “I have known for a long time about the potential of Oleksandr. It didn’t work out at Anderlecht or Fiorentina but he is a professional and I know he wants to play”. Yakovenko has signed a contract until the end of the season with an option of a further season.

Andriy Holovash, Yakovenko’s agent, admitted that previously Ukraine had not been an option for Yakovenko’s career, but the links to Dynamo were just too much to turn down. Yakovenko has spent the majority of his profession outside his native country and wasn’t expecting to return until this opportunity arose.

By beginning his career in his hometown of Kyiv for Lokomotiv Kyiv, Yakovenko followed in his father’s footsteps at the start of his career, as both made their professional debuts at Metalist Kharkiv. Neither spent a long time at Metalist, however, and made a combined 12 appearances for the Kharkiv side. It is at this point that the two careers took totally different paths. Yakovenko Sr. took the traditional path for up and coming youngsters in Soviet Ukraine and signed for Dynamo, while Oleksandr moved abroad, joining the four-time Belgium champions FK Lierse, despite having been scouted by the German club FC Schalke 04.

It was a successful first season at Lierse as he made 25 appearances and scored 2 goals. This impressed league rivals KRC Genk, who signed the young winger after just one season in Belgium. He didn’t make as big an impact at Genk, however, and played only 14 games without a goal, but he did help the side compete for the Belgian Cup and finish the league in second place. With youth on his side, his contributions where noticed by Belgium’s most successful club RSC Anderlecht, who signed him in 2006. He made an immediate impact with the “Purple and Whites”, by making over 70 appearances and scoring 12 goals and adding 6 assists.

His playing time dried up, however, and he decided on a loan move to Westerlo, where he enjoyed some of his best form. He made 69 appearances in two years, and scored 15 goals with 26 assists. In 2010 he was called up to Ukraine’s national side and made his debut, and to date his only appearance in a 1:0 victory over Norway, while Myron Markevych was Ukraine coach. As a result of this call up, he earned himself a record as the first active Westerlo’s player to be called up by a national side. Despite returning to Anderlecht, he once again found himself lacking playing time and then moved to Oud-Heverlee Leuden.

In 2013, with his contract with Anderlecht coming to an end, Yakovenko opted for a change of club and a change of country when he moved to Italy to join Fiorentina. Despite signing a three year deal, the move didn’t work out and Yakovenko didn’t make an impact in Serie A. He once again found himself out on loan, first joining Spanish side Malaga and then Dutch side Den Haag. His contract was terminated at the end of 2015, which left him as a free-agent when Dynamo came calling.

Yakovenko: “I Have Supported Dynamo Since I was a Child

Yakovenko stated that, as soon as he was made aware of Dynamo’s interest, it was a priority for him straight away. In an interview with Dynamo.kiev.ua, Yakovenko professed his love for Dynamo: “I am a Kyivlyan (a Kyiv native), I have supported Dynamo since I was a child, I have always followed them and they are my team.”

Yakovenko will join his new team mates on their second pre-season camp in Marbella and his immediate focus will be to build up his fitness and aid Dynamo in their Champions League campaign. Their next fixture is against Manchester City in the last 16 of the competition. This is a game Yakovenko has expected and is positive about—he has stated that he was impressed with Dynamo’s performances against Chelsea in the group stages and sees no reason why they cannot trouble the Premier League side.

Would it be too romantic to think that, 30 years after his father tasted European glory with Dynamo, Oleksandr could do the same?

Petro Chymera, is the Vice-President of the UK Ukrainian Sports Supporters Club and Co-founder of the DonetskWay blog & the Viktor Leonenko Hall of Fame. Follow Petro on twitter – @PMChymera89 & @DonetskWay2012