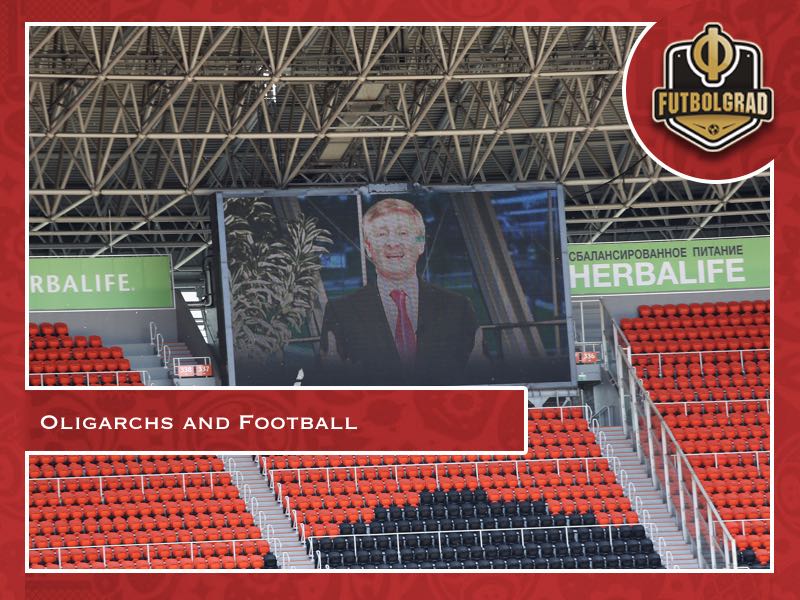 Since the fall of the Soviet Union in 1991, the countries of the former Soviet Union soon found themselves taken over and controlled by the so-called oligarchs. Defined as very rich business leaders with a great deal of political influence, oligarchs have the power to change and impact society significantly.

Ukraine currently finds itself in a state in which oligarchs seek to influence and gain power via their football clubs, resulting in football becoming a victim of the powerful. Combined with the devastation and economic impact of the conflict in the east, Ukrainian football is in a challenging situation.

From Communism to Capitalism, the transformation of countries of the former Soviet Union have found themselves looking to re-establish a society under an economic policy which had been seen as abnormal in the past. Created in 1991 and reformed in 2008, the Ukrainian Premier League finds itself in a position of uncertainty. Once a league full of competition and excitement, the Ukrainian Premier League is a shadow of its former self. The demise of teams such as Dnipro and Metalist Kharkiv, two teams that were once the cornerstone of Ukrainian football, highlight the issues in Ukraine.

Rinat Akhmetov, Ihor Surkis, Ihor Kolomoyskyi, and many more, are all names that have an impact and influence on Ukrainian football. Whether their power can be viewed as positive or negative, in the current climate it is becoming clear that football within the country is a shadow of what it once was. In part, this is down to the oligarchs controlling the path that their respective teams take. Combined with the conflict in Eastern Ukraine, football in the country finds itself heavily influenced by the goals and objectives of oligarchs and their quest to climb the ladder in Ukraine.

In some cases, the oligarchs can provide some positivity, especially in the case of Shakhtar Donetsk, who continue to dominate the league despite playing in exile. Much of this is down to Rinat Akhmetov, who has the financial clout to guide his team through this challenging period. However, like many things in the former countries of the Soviet Union, it is not all as appears. The oligarchs in Ukraine are often viewed with some suspicion by the general population, who question the source and methods of their finances.

Building an empire in their chosen field, oligarchs soon found themselves with a plethora of assets at their disposal. Where those assets are channelled varies, but in the case of Ukraine, oligarchs delve into the business of football.

Oligarchs like Rinat Akhmetov and Ihor Kolomoyskyi have taken their respective teams to the European stage, winning the UEFA Cup in the case of Shakhtar Donetsk, Akhmetov and Kolomoyskyi are the essences of Ukraine’s relationship between oligarchs and football.

Rinat Akhmetov, the wealthiest man in Ukraine, took over Shakhtar Donetsk after the assassination of the former president, Akhat Bragin. Akhmetov himself has escaped attempts on his life. Whatever the reasons behind the death of Bragin, Akhmetov has come on leaps and bounds in building his financial empire.

Establishing System Capital Management Group in 2000, SCM grew to become the leading financial and industrial firm in Ukraine. Akhmetov has always firmly rejected potential links to organised crimes, but what is without a doubt is his access to power as he climbed the ladder to become Ukraine’s richest man. 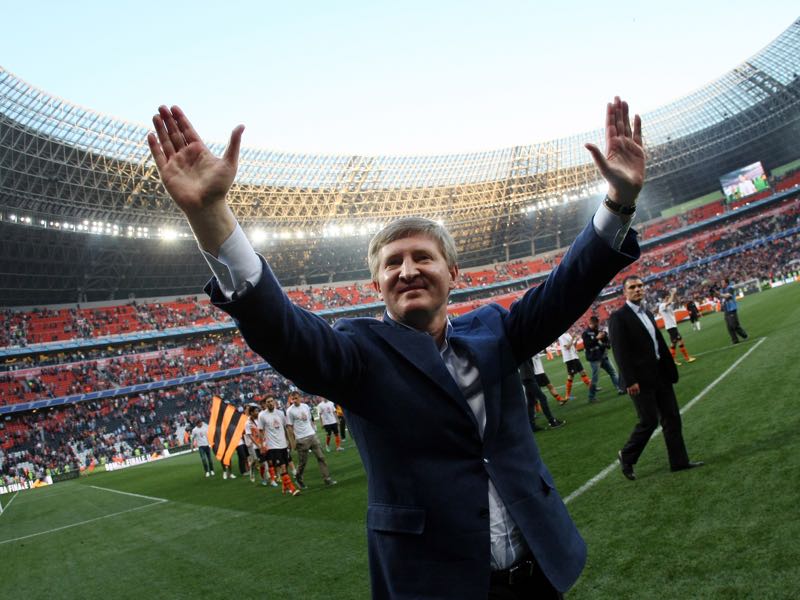 Since his takeover of Shakhtar Donetsk in 1996/97, Akhmetov has turned Shakhtar into a Ukrainian powerhouse. Investing heavily in training facilities and players, the Miners have become a force to be reckoned with. Winning a total of twenty-eight trophies under his guidance, Akhmetov has established himself as an essential part of Shakhtar’s success. The pinnacle of Akhmetov’s investment came in 2009 when the Donbass Arena was built.

The conflict in Eastern Ukraine has seen Shakhtar Donetsk play in exile. Leaving their stadium behind, Shakhtar find themselves playing in the former home of Metalist Kharkiv, once an essential part of Ukrainian football. Despite the financial and economic impact of the conflict in Eastern Ukraine, an area where Akhmetov’s business interests are concentrated, Shakhtar can survive with their substantial financial backing.

Akhmetov’s accumulation of wealth has not come without problems. Known for his political backing of the former President of Ukraine, Viktor Yanukovych, Akhmetov has soon found himself at the centre of investigations, especially regarding his involvement in the takeover of Ukrtelecom. Akhmetov’s dealings has reached the international stage, with a Cyprus court freezing $820 million of his assets. Furthermore, Dutch courts followed suit and froze SCM’s businesses in the country. It remains to be seen how this will impact Akhmetov’s running of Shakhtar Donetsk.

Ukraine’s richest man is not the only oligarch, who has seen his assets frozen abroad. Ihor Kolomoyskyi, along with Gennadiy Bogolyubov, who both form part of the Privat Group which owns FC Dnipro, have had a total of $2.5 billion worth of assets frozen by a London court. Former owners of the PrivatBank, Kolomoyskyi and Bogolyubov have been sued by the now state-owned bank, with claims of misappropriation of funds from the bank.

Playing at the lowest level of professional football in Ukraine, the Druha Liha, FC Dnipro situation couldn’t get much worse. With ownership lacking compassion and care for the club they own, Dnipro is a shadow of their former selves. Four years after their appearance in the Europa League final in 2015, FC Dnipro are no longer the best team in the city. Formed in 2017, SC Dnipro-1 have become the dominant force in the Druha Liha, leaving behind their city rivals. The story of Dnipro is one of great sadness.

Oligarchs and their lack of accountability in Ukraine has had a severe impact on football in the country. The story of teams such as Dnipro, Metalist Kharkiv, and Arsenal Kyiv are ones of the rich and powerful dictating the future and existence of football clubs.

Once the cornerstone of Ukrainian football, Metalist Kharkiv plunged into the depths of non-existence. Stemming from a dubious takeover by Serhiy Kurchenko once labelled the “Gas King of Ukraine”, Metalist became the subject of Kurchenko’s business ventures. Serving as a front for his activities, a once proud football club was failed by empty promises.

As a result of his close relationship with the Viktor Yanukovych regime, Kurchenko fled the country along with many others after the revolution in 2014, leaving for the football club to plunge into dire straits. With their owner in exile, under international sanctions, and having his assets seized, Metalist Kharkiv were left with debts that couldn’t be paid. Seizing operations in 2016 due to insolvency and Ukrainian court confiscating the original Metalist Kharkiv from Kurchenko in 2017 and placing it under state property, the once proud and mighty club was no more. 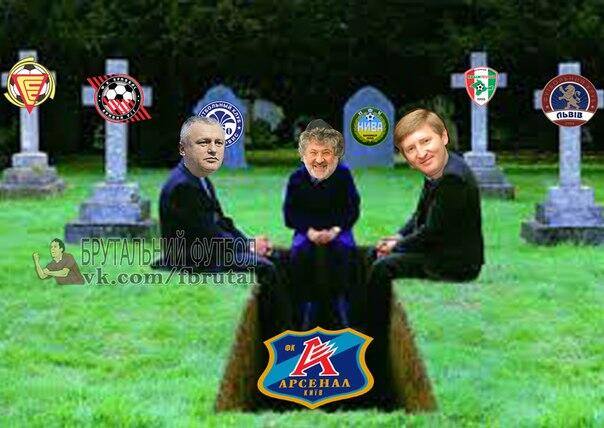 Whatever the true intentions of oligarchs in Ukrainian football, there needs to be a sense of accountability. Otherwise, other football clubs could follow the dark journey of Metalist Kharkiv and FC Dnipro.

The future of Ukrainian football and its relationship with oligarchs is one that’s going to last for quite some time. Whether that be viewed as positive or negative, the dominance of the oligarchy is becoming a familiar sight in Ukraine.

Names oligarchs play a substantial role in Ukrainian football, as well as political affairs in the former Soviet country. The downfall of Dnipro and Metalist Kharkiv, to name a few, provides insight into the destruction of historical football clubs by the rich and powerful.

In the case of Shakhtar Donetsk, they have come on leaps and bounds under the ownership of Akhmetov. However, the progress made under Ukraine’s richest man has not come without costs, especially for Akhmetov himself.

In an ideal world, Ukraine could implement a system similar to that of 50+1 in Germany. Making the owners accountable for their actions and having fans at the heart of the club, will limit the destruction of historic clubs that we have seen in the past. However, the power that oligarchs hold in Ukraine is ever expanding, resulting in these financial giants being left to their own devices, especially regarding footballing affairs.

There is hope Ukrainian football will improve in the future, but the conflict in the east and the lack of accountability with oligarchs leaves the concoction between the oligarchy and football to ferment further. The future of Ukrainian football is one of uncertainty.