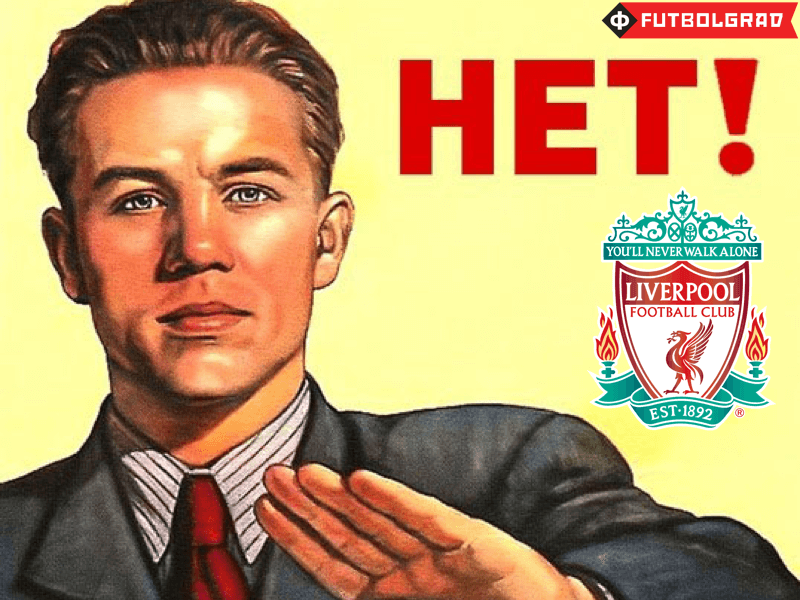 The Alex Teixeira to Liverpool FC transfer saga has taken a new turn. It was previously understood that Shakhtar Donetsk would ask for €50 million for the Brazilian attacking midfielder.

Today, however, Shakhtar Donetsk’s CEO, Sergey Palkin told the Ukrainian television station Futbol 1, “Liverpool offered €32 million plus €4 million in bonuses. … Our position is that we do not want to sell Teixeira today [in the winter]. We will only sell him at the end of the season, as we need to reach our goals in the Europa League and the Ukrainian Premier League. When the season is over we will sit down, and negotiate once again.”

Palkin also admitted, however, that Alex Teixeira has a buyout clause of €70 million. “Please, if someone is willing to trigger the clause, they should go ahead.” Palkin also underlined that Mircea Lucescu believes Alex Teixeira is the key to securing Shakhtar Donetsk’s goals this season, a subject that has previously been discussed on Futbolgrad. Palkin said, “Lucescu wants Teixeira to stay until the end of the season. We all must adhere to a common goal.”

In some ways, the interview can be understood as a response to Alex Teixeira’s NBC 6 interview where, guided by his agent, he announced that he wanted to leave Shakhtar Donetsk. Futbol 1 is a television station that is owned by Shakhtar’s owner, Rinat Akhmetov, and must therefore be viewed as an extension of Shakhtar’s own television station Shakhtar TV, hence, the statements made by Palkin might as well have been printed on Shakhtar’s official homepage. It now appears that the message is very clear—the club and the ownership of the club have issued a hands-off warning to Liverpool, and basically have told their player to get back in line.

At the same time, there are three additional key messages in Palkin’s statement to Futbol 1: First, Liverpool have not offered enough for us to consider a deal. Second, Alex Teixeira is a vital member of our squad, and Lucescu wants to keep him unless someone meets the buyout clause. Third, Klopp is the driving force behind a potential deal.

It was previously understood that Shakhtar would be willing to sell Alex Teixeira for €50 million. With Liverpool reluctant to meet Shakhtar’s demand and with Shakhtar’s management feeling that they could not land a successor who could immediately replace Alex Teixeira this winter, the club must have decided to put a stop to any potential deal in the winter.

Yet, at the same time, it is odd that Shakhtar made Teixeira’s exit clause public—most clubs try to keep the exit clauses of their players secret—which either suggests that Shakhtar is leaving a small door open for Liverpool to come back with a better offer or they know full well that Liverpool’s German manager Jürgen Klopp would not be willing to spend €70 million.

Shakhtar are aware that England’s new £5.14 billion television deal means that English Premier League (EPL) clubs are able to spend far above the market value of players—according to transfermarkt.de Teixeira is worth €30 million. Hence, Shakhtar are simply pointing out the new market reality to English clubs, which is that teams from the EPL will, in the future, have to pay a massive premium for talent.

The big question for Liverpool fans, however, is whether this means that the deal is dead. The short answer is yes. It appears that Alex Teixeira is not going to leave this winter. On the other hand, Shakhtar Donetsk is no stranger to difficult transfers, and as we have seen in the past with Willian, Shakhtar are accustomed to deadline day transfers.