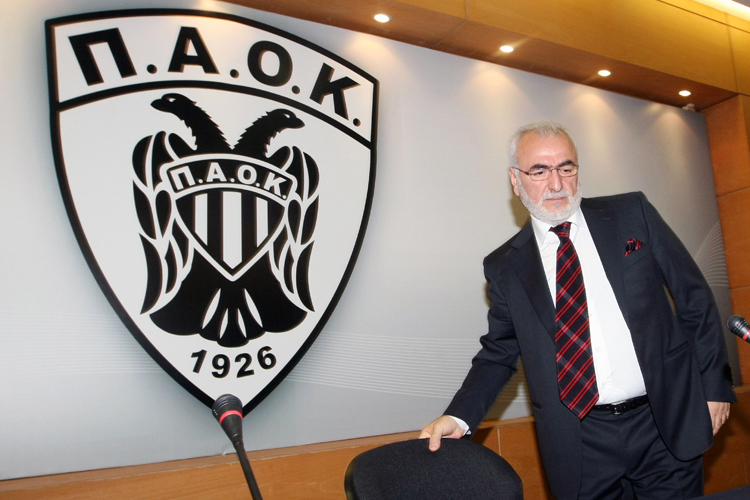 PAOK FC is one of the most important clubs in Greek football, and their owner Ivan Savvidis is ranked in the top 30 of Russia’s richest oligarchs by Forbes. The Greek government has now signed an agreement with the club that would effectively free the club of €20 million in tax debt.

The tax relief for the club was signed in an emergency process by Prime Minister Alexis Tsipras, and therefore does not need approval by the Greek parliament. Within this agreement the Greek government forfeits claims of €20 million which have accumulated because of interest rates on the club’s unpaid taxes, but only if the club pays the actual tax debt of €11 million in full.

Savvidis is a Pontic Greek born in the Soviet village of Santa, which is now located in independent Georgia, and grew up in Rostov-na-Don. He first earned money as a clown, and later became a worker in the Donskoi Tabak factory, where he was eventually able to take over ownership in the privatization process in the late Soviet Union.

Savvidis also became heavily involved in Russian politics; in 2003 and again in 2007 he was voted into the Russian Duma as a member of Putin’s party United Russia. Savvidis’ economic activities in Greece can also be understood as a political move by Russia to gain more influence over single member states of the European Union.

Greek Prime Minister Tsipras has been in contact with the Russian government in an attempt to find fresh currency in order to fight off Greece’s economic problems. Furthermore, the new Greek government has also been in talks with Russia over oil and gas deals.

It is now understood that Savvidis has played an important role in these negotiations. Savvidis himself has long been a supporter of a deeper connection between Russia and what he views as his ancestral homeland. In his opinion Greece should have already asked Russia in 2010 for financial support in order to avoid the “loss of sovereignty and freedom.”

PAOK in many ways can therefore be understood as a pawn in the geopolitical game between Russia and the European Union over the mounting Greek Euro crisis. When Savvidis took over the club in 2012 he promised the fans that he would pay the club’s debts entirely, and also that he would create a contender that would eventually dominate Greek football.

It appears now that the Savvidis is expecting the Greek government to take a large hit on tax debts instead, something that the Tsipras administration willingly agreed with in order to further Greek-Russian business interests. While Greece is battling to survive the current economic crisis, the Russian government has understood that football can indeed be an effective tool to gain influence over European politics, especially in a time when Russia itself faces economic uncertainty caused by the EU’s sanctions against the Russian Federation over the conflict in Ukraine.