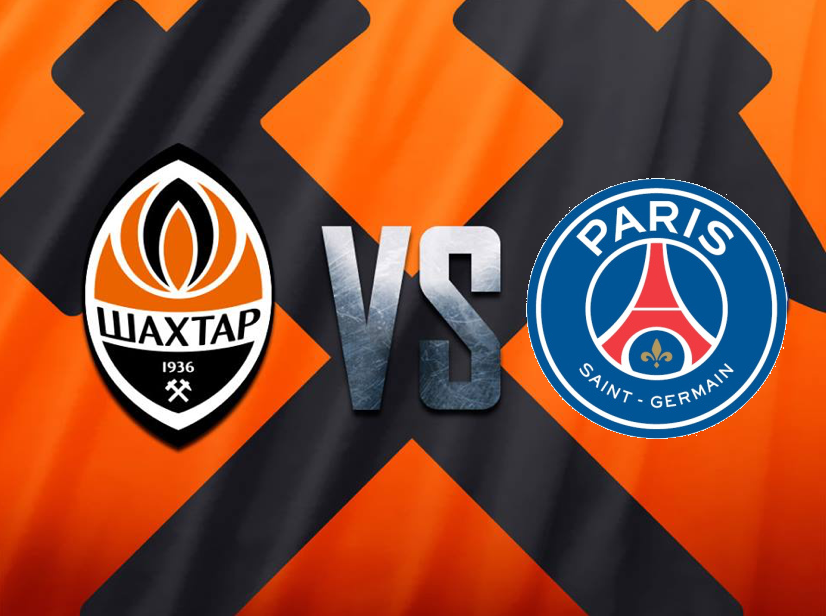 For Shakhtar Donetsk the next few days will be marked by steep contrast. On September 23 Shakhtar played the Ukrainian Persha Liga club (Ukraine’s second divison) FC Ternopil in the second round of the Ukrainian Cup a game that Shakhtar easily won 5-0.

Ternopil’s captain Andrei Kondzelka told Tribuna.com that even though “the chances of success against a team like Shakhtar are always very small, the entire team consider the encounter against Shakhtar an honour, as the club was able to compete against a Champions League team.” While for Ternopil fans and players alike, the match against Shakhtar was a special occasion, Shakhtar’s coach Mircea Lucescu will ensure that his players move on quickly from the performance.

On September 26 Shakhtar beat Olimpik Donetsk 3-2 in Kyiv (a game that would have been considered a derby under normal circumstances, but the conflict in the Donbass meant that both clubs play in different cities) and on September 30 Shakhtar will be playing Paris Saint-Germain in Lviv—Sports Betting Dime currently carries Paris as the clear favorite to win the match.

Shakhtar are currently second in the Ukrainian Premier League, three points behind its eternal rival Dynamo Kyiv. The league has become a two-horse race now that Ukraine’s third team Dnipro Dnipropetrovsk is experiencing a hangover after their fantastic run in the Europa League last season. For Shakhtar, the situation in the Ukrainian Premier league is such that the club cannot afford any slipups, as it is unlikely that Dynamo will drop many points this year.

The same is true for Shakhtar in the Champions League, but here the club faces an extremely tough task. Shakhtar was placed in Group A along with Sweden’s champion Malmö FF, the French champion Paris Saint-Germain (PSG), and the Spanish giant Real Madrid, in what may be one of the most difficult groups in this year’s Champions League (although Groups D, and E may lay claim to that title).

Shakhtar has faced difficult groups before: in the 2012-13 season Shakhtar was placed in an equally tough group when they faced Champions League winner Chelsea FC from London, and Juventus Turin from Italy, and in the end it was the Ukrainians, who advanced to the round of 16 as they finished second ahead of Chelsea.

Yet, it seems unlikely that the club can repeat its success of the 2012-13 season. Since the winter of 2013 Shakhtar has experienced a steady stream of key departures, such as Willian to Anzhi Makhachkala (now Chelsea) Henrikh Mkhitaryan to Borussia Dortmund, and most recently Douglas Costa to Bayern, and Luiz Adriano to AC Milan.

In the past, Shakhtar’s coach Lucescu has managed to compensate the departure of players by either buying new, mostly Brazilian stars, or by elevating the play of players already in the squad. Indeed players such as the Brazilians Alex Teixeira and Marlos have been a real revelation at the club. While Teixeira has been outstanding in domestic league matches, Marlos was instrumental in the club’s success in the Champions League playoffs against Rapid Wien. Some players, however, like the Brazilian Bernard, still fail to live up to expectations.

Yet, neither Teixeira nor Marlos was able to prevent Shakhtar’s disastrous 4-0 loss against Real Madrid at Madrid’s Santiago-Bernabéu on match day one of the Champions League. While Shakhtar was able to maintain a 1-0 deficit at halftime, Shakhtar folded completely after Real was awarded a doubtful penalty in the second half. Shakhtar never really looked like they could challenge Real Madrid that evening, and to make matters even worse, lost defensive midfielder Taras Stepanenko to a yellow-red card—he will miss the next match against Paris.

The performance against Real does not bode well for Shakhtar’s first Champions League home-match against Paris Saint-Germain next week. With the absence of Stepanenko, Shakhtar will be hard pressed to get a result against PSG. The bottom line is that Shakhtar is not likely to revive the spirits of 2012-13, and finish the group ahead of either Real or PSG.