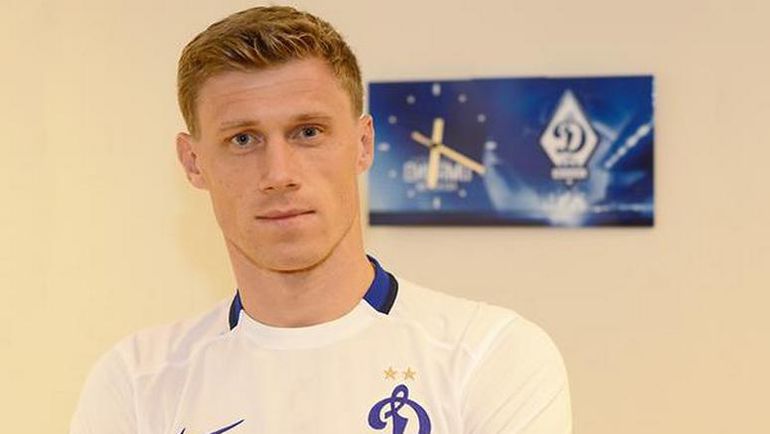 The recent transfer of Pavel Pogrebnyak from Reading FC to Dinamo Moscow demonstrates how quickly the sands can shift at football clubs—a year ago such a deal would have been almost unimaginable but in the current reality it’s a perfect fit.

Back in August 2014 Dinamo signed France winger Mathieu Valbuena and Slovakian defender Tomáš Hubočan, the same season that midfielder William Vainqueur and defender Alexander Büttner joined the club. Dinamo were making impressive signings; even compared to the other Premier League high rollers—and ageing Russian internationals such as Pogrebnyak weren’t on the club’s shortlist. Pogrebnyak most likely wouldn’t have been interested in a return to Russia anyways, hopeful instead of a return to the English Premier League following a season in which Reading were denied a Championship play-off place with virtually the last kick of the season.

Fast-forward a year and things are quite different. Dinamo have fallen foul of UEFA Financial Fair Play regulations and are introducing cost-cutting measures to balance the books. Valbuena has recently left the club, and it seems likely that many other big foreign signings are on their way out too. Following a disappointing 2014-15 season, which included a degree of financial uncertainty, and Reading’s expectations of a return to the English top flight have been severely blunted. In more straitened times at the Madejski Stadium, the likes of Pogrebnyak are too expensive.

Pogrebnyak and Dinamo have found themselves forced into one another’s arms. With a minimal transfer budget and a new a focus on domestic signings (following a last-minute decrease in foreign player quotas), Pogrebnyak suddenly looked very interesting for Dinamo. For his part, the Moscow-born forward seemed homesick: “I can’t hide it – I want to go home,” he told Sport Express not long ago. “As one famous person said about Russians in England – we’re not aliens here – but we’re not our own sort either.”

The story could have a happy ending. Pogrebnyak will likely get a decent amount of game time at Dinamo. The club’s lack of attacking options has just been made worse by their main striking option, Aleksandr Kokorin, getting needlessly sent off in a league match. Pogrebnyak’s return could lead to an even greater opportunity—­­­a comeback to the Russian national squad. Russia’s new manager Leonid Slutskiy gets the job done at club level with a small core of players and little experimentation, and in Russia’s current predicament that is unlikely to change. In attack there are few tried and tested international options—especially with Aleksandr Kerzhakov’s mooted retirement­­—leaving the door open for Pogrebnyak. As Sovetskii Sport’s Evgeniy Lovchev put it: “If you’re a forward and always on the scoresheet then people are talking about you.”

Pogrebnyak spent longer abroad than his better-known Russian comrades Andrey Arshavin or Roman Pavlyuchenko, and knuckled down when he had difficulties integrating at VfB Stuttgart, but managed to assimilate himself in England. He leaves the country as a Reading fan favourite, judging by their responses to his heartfelt farewell letter. At Dinamo he may well have fallen on his feet. He is back in his home city, with a three-year contract at the age of 31, and a chance to make an impression on the national coach. Russian players who return home after a stint in England have rarely gone on to greater things—Pogrebnyak may be the first.