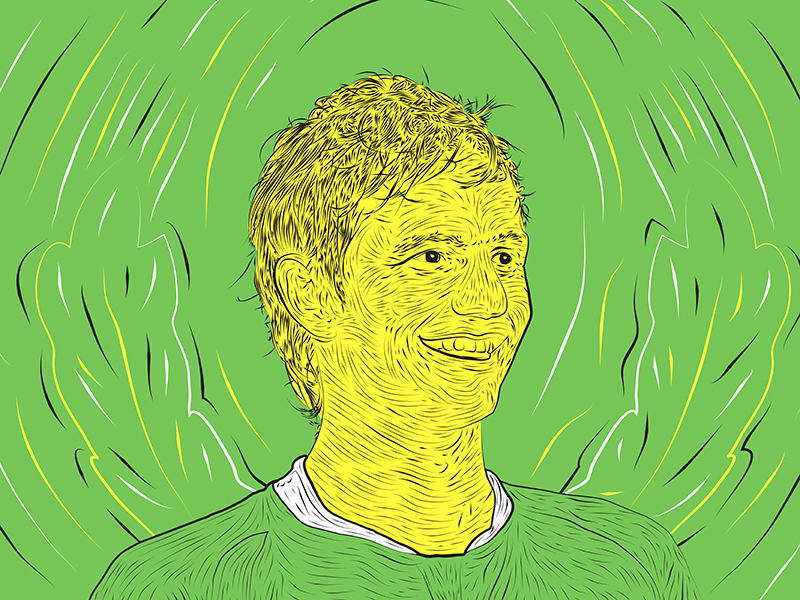 For a forward who earned over 50 international caps with a respectable strike rate and scored in a victorious European Championship quarter final, Roman Pavlyuchenko’s career is winding down at a depressingly shambolic rate. The chaos unfolding at Kuban Krasnodar is threatening to engulf the tall, blond goalscorer as his playing days look increasingly numbered amidst the chronic financial mismanagement and irresponsibility that are becoming characteristic of the club.

His arrival in the summer in a double move that included fellow Russian legend Andrey Arshavin carried an air of cautious optimism; many hoped for an Indian Summer for two servants of the national team despite their burgeoning salaries. The ensuing six months have been nothing short of calamitous, however, and there looks like being little chance of a glorious last fling for the striker. 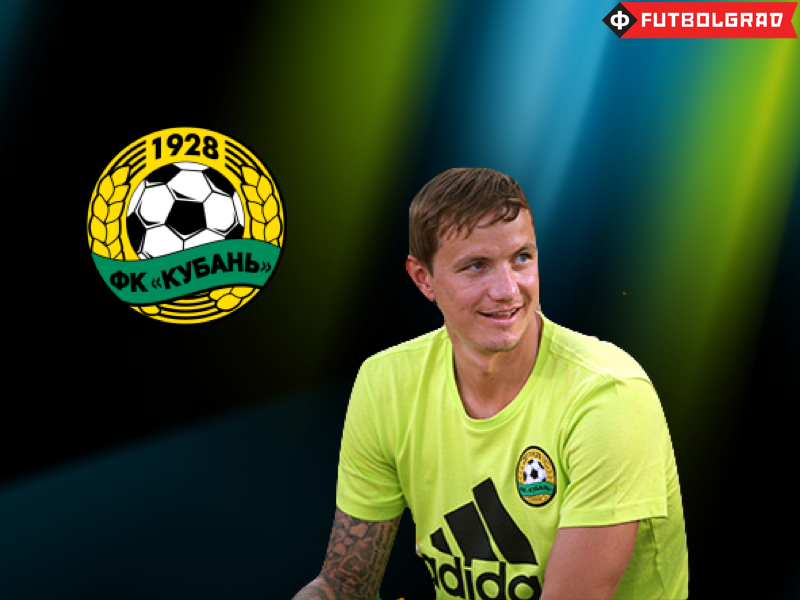 Pavlyuchenko mostly sitting on the bench for Kuban Krasnodar

In truth, his career has been in decline for a long time. He has failed to start more than ten league matches for the last five seasons, during which time he has managed a pitiful 20 goals in all competitions as he has been shunted towards the periphery of his teams. When England arrived at the Luzhniki in 2007 desperately in need of three points to help qualify for Euro 2008, it was Pavlyuchenko’s predatory instinct that caught the eye as he came off the bench to score the two goals that downed Steve McLaren’s men. His subsequent foray into English football with Tottenham was punctuated by fallouts with Harry Redknapp.

After a slow start in London, he became involved in what would become one of many spats that would taint his chances of truly achieving his potential. After failing to hold down a starting place and only scoring five league goals, he stormed down the tunnel in disgust after being substituted against Manchester City at the end of his debut campaign, an action that infuriated Redknapp. Granted, he had scored nine goals in domestic cup competitions and reached the League Cup Final, but in comparison to his compatriot Arshavin, who had thrilled his new public with a stunning four-goal performance away to Liverpool. All in all Pavlyuchenko never justified the €17.4 million that Tottenham paid to Spartak Moscow in the summer of 2008.

In the short time he has returned to his native Krasnodar Krai, and has been beset by injury problems, but more frustratingly a lack of payment, a plight he has shared with over 200 employees of the club. Sergey Tkachev has already left to join CSKA Moscow after going to the Conflict Resolution Chamber of the Russian Premier League to annul his contract, while Vladislav Ignatyev and Lorenzo Melgarejo are said to be on the verge of leaving for the capital too. Oleg Mkrtchyan has show reluctancy when it comes to investing into the club and withdrew his support earlier in the season, although he maintains a presence at the club.

On January 13 after five months without being paid, he revealed to Sovetskii Sport that he had finally been guaranteed in writing to be paid in full for the missing salary that amounts to over half a million dollars, or nearly $3,000 per minute of playing time. Despite the serious financial turmoil off the pitch, the club’s general director Valeriy Statsenko claimed he hoped to extend both Arshavin’s and Pavlyuchenko’s contracts beyond this summer when they both expire. The latter meanwhile has flown out to Cyprus to join his teammates, including high profile but controversial new signing Felipe Santana, who the club bought despite having failed to pay the players that are already in the squad, for their warm weather training camp to end his standoff which had seen him refuse to train. 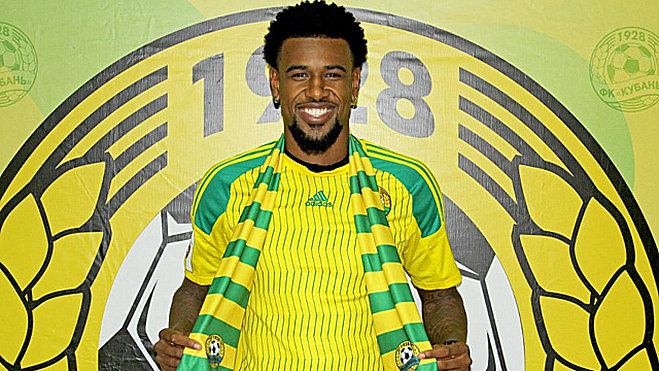 Felipe Santana has been a controversial signing for Kuban Krasnodar – Image via Sport1.de

The atmosphere of discontent surrounding the negotiations to satisfy Pavlyuchenko has been propagated by a series of minor injuries, according to Statsenko, although the complete picture is likely to involve his lack of impact on the pitch when he has appeared as much as the problems on the treatment table. Furthermore, Kuban’s other strikers had a bigger impact for the club than Pavlyuchenko, for example despite the fact that Ibrahima Balde had struggled to earn much playing time in the early part of the season, he has now scored three goals and assisted two since regaining his place in the starting eleven at the end of October, while Melgarejo has been explosive as a false nine with an impressive eight goals already. Pavlyuchenko even admitted to Championat.com in November that the fans would probably be angry with his and Arshavin’s contribution.

The most optimistic outcome would be for him to finally have a solid few weeks of training without any recurrences of the muscle tears he has suffered, and after a string of solid performances in the Cypriot sun for him to rediscover some semblance of his former goalscoring instinct. Given the likely lack of further recruitment his winter, it is not entirely impalusible that he could feature in the season run in, especially when Melgarejo completes his move to Spartak, and with a Cup quarter final to come in February there is even the tantalising prospect of unlikely silverware to spur him on.

How much effect he will be able to have at this stage is uncertain, however. The pessimistic—or probably realistic—outcome is that he loses the heart. It is impossible to envisage where the stability will come from at Kuban, and with the club sitting deep in the relegation dogfight just a point above Mordovia the momentum is firmly against them. Pavlyuchenko thrived as the focal point of an attacking outfit, and while Sergey Tashuev’s side have not struggled for goals —only Zenit have scored more at home—the fulcrum of their creativity is being ripped away from them. Over two thirds of their goal tally will disappear when Melgarejo and Ignatyev join Tkachev out the door, and once the main stars start leaving, it will be hard to motivate a well compensated 34-year-old to be the driving force again.