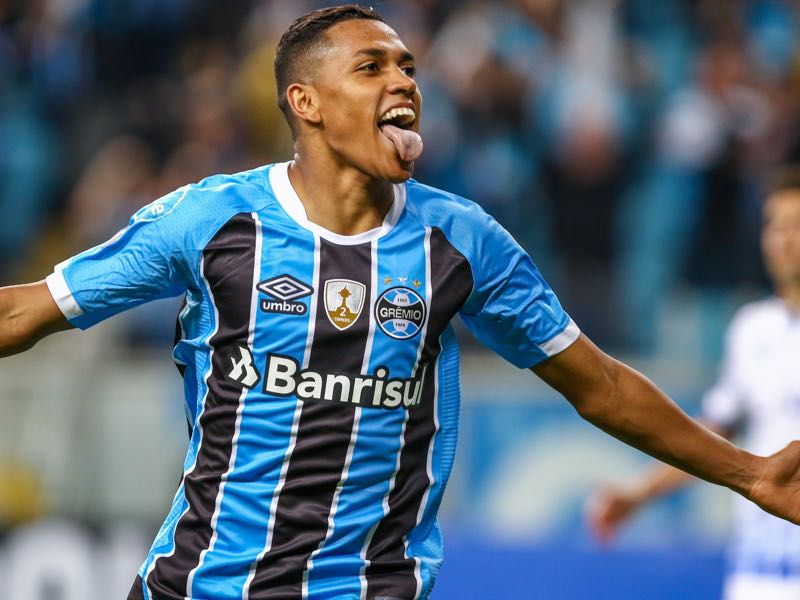 After struggling to land a new attacking option this transfer window, Spartak Moscow have finally found their man. The Myaso announced the transfer of Brazilian winger Pedro Rocha on Thursday just about beating the clock on this summer’s transfer window deadline.

The big question now, of course, is whether the signature is too little too late for Massimo Carrera. For weeks Spartak Moscow have been in the hunt for Pedro Rocha’s teammate Luan. The problem with Luan, however, was that several major European clubs have targeted the winger this summer and that Grêmio was simply asking too much for his services.

Spartak, therefore, had to settle for his teammate Pedro Rocha. One Twitter user has described Pedro Rocha as the poor man’s Luan, and there might be some truth to this. While Luan was linked with several big European clubs, aside from Spartak Borussia Dortmund, Liverpool and Atlético Madrid were interested in signing the Brazilian, Pedro Rocha is a somewhat unknown quantity.

Spartak had to Pay Over Market Value for Pedro Rocha

At home on the left-wing Pedro Rocha was valued just €1.5 million ahead of this transfer window by transfermarkt.de. At the same time, Spartak were forced to pay €12 million for the 178cm tall winger. Grêmio have in the past demonstrated that they could be a difficult negotiation partner at the same time Massimo Carrera must see something special in the winger if he is willing to spend significant money on the 22-year-old. 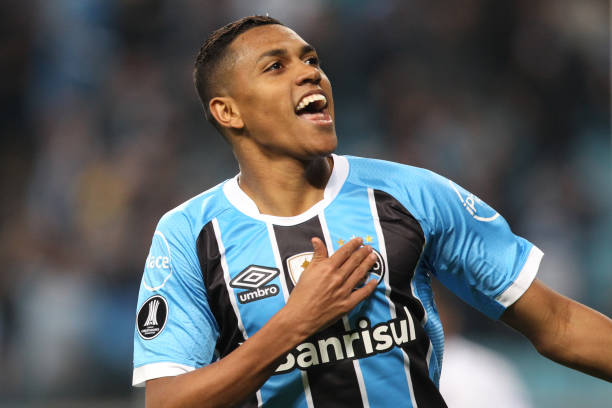 Spartak, in fact, hope that Pedro Rocha could somewhat balance the squad. For too long the club had been dependent on right-winger Quincy Promes and they hope that an adequate counterpart to the Dutchman on the other wing will make it harder for opponents to shut down Spartak’s attack. The dependence on Promes has been especially apparent this season.

Last year the Dutchman almost single-handedly guided the Myaso to the title. Predominantly coming off the right flank Promes was, and still is, the most dominant player in the Russian Football Premier League. But the plan of giving the ball to Promes and hoping for the best is not working for Spartak this season.

Eight matches into the season Spartak sit ninth in the table and with just nine points they are closer to the relegation zone, two points, than the top of the table 11 points. With the poor start in mind the best Spartak can hope for at this point of the season is to perhaps return to the Champions League by finishing in the top three. But even that could be a tall order given the six point gap to third placed Rostov.

Spartak Moscow had a Poor Start to the Season

The poor place in the standings is not helped by the fact that Spartak have lost all three key games this season as well. They lost the derbies to Lokomotiv and CSKA and were demolished 5-1 at the Krestovsky Stadium in Saint Petersburg. It was therefore no surprise that fans and pundits were calling for new signings and also questioned whether Carrera was still the right man for the job.

In Carrera’s defence signings have been hard to come by. The loan deal for Mario Pašalić from Chelsea and the purchase of Marko Petković from Red Star Belgrade offered minimal alternatives to Carrera’s squad. Tim Bogdachev frequently pointed out on the Futbolgrad Podcast in recent weeks that last winter Carrera had all his signings done by the time the training camp got underway. This summer the final transfer was not done until the transfer deadline and signing just Pedro Rocha could turn out to be a letdown.

The Brazilian winger after all has played 15 games in the Brasileirão this season and scored just three goals and two assists. Not exactly numbers that would give hope to Spartak fans. His numbers in the Copa Libertadores offer a bit more hope, however. Here Pedro Rocha has scored four goals and three assists in eight games.

Pedro Rocha’s best performance came in the second leg of the round of 16 where Grêmio defeated Godoy Cruz 2-1 to advance. Pedro Rocha scored both goals in this game highlighting that he has the talent and the determination to succeed at the highest level.

Pedro Rocha is a bit of a Project

That game, in particular, could give hope to Spartak fans that Pedro Rocha could be what Spartak need. His upsides are his direct play and his eye for teammates. Also notable is the fact that he likes to use his speed and his low centre of gravity as well as his strength to quickly break forward. Futbolgrad Network’s Brazilian expert Paulo Freitas especially pointed out his speed and his consistency. He can often be found breaking down to the touchline to then play the ball low in the box.

On the flip side, Pedro Rocha has displayed weaknesses in crossing, aerial duels and offside awareness. Freitas also pointed out that although he contributes to plenty of goals he does not often score himself. Described as a raw talent, who needs to be developed tactically Pedro Rocha sounds a bit like a project.

A project is not exactly what Carrera needs. On the other hand, the Italian can install tactical awareness into players. Another piece of good news is perhaps the development of another former Grêmio player. Last season Zenit signed Giuliano from Grêmio. Although he has now left Russia, Giuliano, who did not have the best numbers in Brazil, blossomed in Russia last season.

Playing with better players and having his positioned adjusted by Mircea Lucescu Giuliano was a revelation. With a little adjusting and playing with a player like Quincy Promes could bring the best out of Pedro Rocha and therefore provide Spartak with more attacking depth up front.