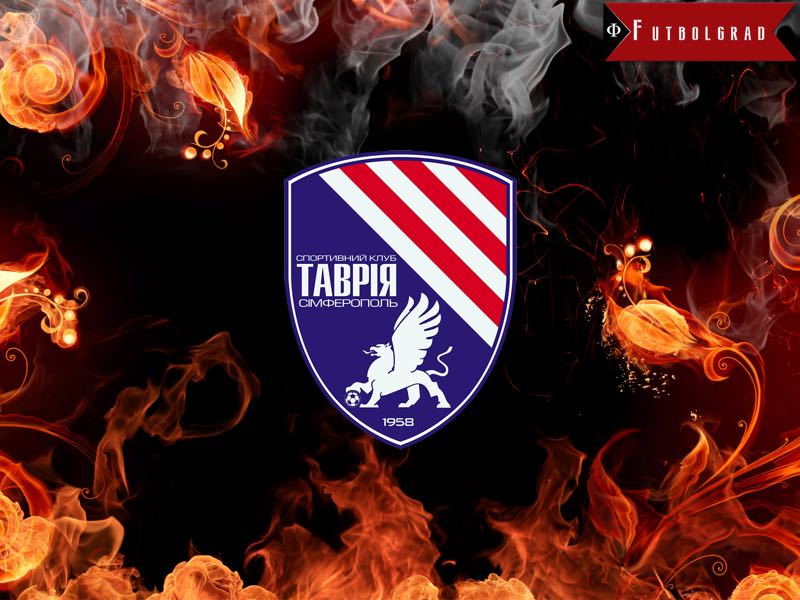 Phoenix from the Ashes – Tavriya Simferopol Returns to Ukrainian Football

The discussion regarding the creation of a new club in the territory of the Ukrainian Federation dates back to June 2015 when officials of the Football Federation of Ukraine (FFU) proposed the idea of creating a Tavriya Simferopol in exile club, which could compete in the southern Ukrainian city of Kherson.

Now, however, it appears that the new club will be playing in Barislav, which is located on the Dnieper River just north of Kherson. The new club will be controlled by the Football Federation of Crimea (in exile), which in turn will be led by the prominent Crimean politician Serhiy Kunitsyn.

Kunitsyn will currently be the acting head of the Football Federation of Crimea (in exile), and will work toward re-introducing Tavriya Simferopol into the Ukrainian football pyramid.

Tavriya has now entered the Ukrainian amateur division in Ukrainian football, and the goal is to establish the club in Berislav. Writing on Facebook, Kunitsyn stated that Berislav is the perfect location for the club, and that the objective is full integration of the new club in Ukrainian football.

“Berislav suits us more than Kherson. On the technical side we have a good stadium for four thousand people, a hotel with the possibility of permanently housing the players, and a very friendly attitude towards the club by the local authorities. The team now has its own bus.” Kunitsyn wrote.

Kunitsyn also outlined the political motivation behind the club. “Our goal is now to make Tavriya a full-fledged member in Ukrainian football, something that I wanted to achieve from the early days of the annexation of the peninsula [by Russia].”

Shevchenko, who is a Kherson native, spent much of his career on the Crimean Peninsula, and Kunitsyn believes that he is the perfect representative of the new club.

At the same time, however, the project is being criticized severely. The prominent Tribuna blogger, Serhiy Bolotnikov, calls the revival of Tavriya “a big scam”.

Bolotnikov also points out that the city would never be able to support the club, even if all the Crimeans in exile were living there. Furthermore, nobody from Simferopol will actually travel to Berislav to watch the games, as the paper work involved getting between the peninsula and Ukraine makes traveling extremely difficult.

It is, therefore, quite clear that the project is not intended for the citizens of Simferopol or for the Crimeans who are living in exile. Indeed, the entire project seems to be a propaganda effort on the part of the Ukrainian government to gain international recognition—there are actually similar examples in other post-Soviet states—but with the club placed in the amateur division it is unlikely that anyone outside of Ukraine will notice.