This year’s final international break is here. Poland will host Ukraine in a friendly on Wednesday 11 November ahead of their respective matches in League A in the 2020/21 UEFA Nations League.

Poland have fared well in their group in the 2020/21 Nations League. The Poles were placed in Group 1 in the competition’s League A, where they have faced Italy, the Netherlands, and Bosnia and Herzegovina. The Eagles are currently top of Group 1, winning two of their first four matches, drawing once, and losing once.

Their final two matches in November will be difficult. Poland will travel to Italy on Matchday 5 in Group 1, where their previous encounter in this group ended in a goalless draw. Poland will then conclude the mini-tournament on Matchday 6 with a game against the Netherlands. Based on the current standings in the group, it is likely that they will remain in League A for the 2022/23 season. Nonetheless, they will still want to put on a good performance in these two matches in the hopes that they qualify for the competition’s finals.

Knowing these two games will be crucial in the group, the Poles will use this international friendly against Ukraine as preparation for their Nations League matches. The Poles have faced the Ukrainians on numerous occasions throughout their history, and given both national teams have significantly improved over the past few years, this should be an entertaining fixture.

Ukraine, like Poland, are also competing in the UEFA Nations League’s prestigious League A. The Zbirna were placed in a group with Spain, Germany, and Switzerland. Initially, it seemed as if the Ukrainians would be destined to return to the competition’s League B. The Ukrainians, however, are proving their doubters (and this author) wrong.

Ukraine started this year’s competition with an impressive home victory against Switzerland before being thrashed by Spain. Then, in October 2020, Ukraine were hit with a squad crisis, where a third of the national team withdrew with injuries while another third of the national team withdrew after contracting the coronavirus. Ukraine’s squad in October 2020 was comprised by several reserve players. Despite these setbacks, the Ukrainians narrowly lost to Germany, and then they shocked Europe by earning a home victory against Spain. The results mean that Ukraine sit third in Group 4 with two victories and two losses.

Ukraine will conclude this year’s competition with two away matches. The Zbirna will face Germany on Matchday 5 while Spain travel to Switzerland. Should the Ukrainians better Switzerland’s result on this matchday, the Ukrainians will guarantee their place in the competition’s League A for the 2022/23 season.

Overall, Poland and Ukraine have significantly improved their football over the past few seasons, meaning this should be an entertaining fixture. The result of this international friendly will not matter, but how will these two national teams fare on Wednesday?

Poland vs Ukraine – Players to Watch:

Poland’s player to watch is an obvious choice, as few would select someone ahead of Robert Lewandowski. The striker was superb during the 2019/20 season, where he scored 55 goals in 47 appearances across all competitions. His performances helped Bayern München win the Bundesliga, the  DFB-Pokal, the DFL-Supercup, the UEFA Champions League, and the UEFA Super Cup. Individually, Lewandowski won the UEFA Men’s Player of the Year, UEFA Champions League Forward of the Season,  Bundesliga Player of the Season, and Bayern München Player of the Season. It is a shame the 2019/20 Ballon d’Or was canceled due to the coronavirus pandemic – he surely would have won. 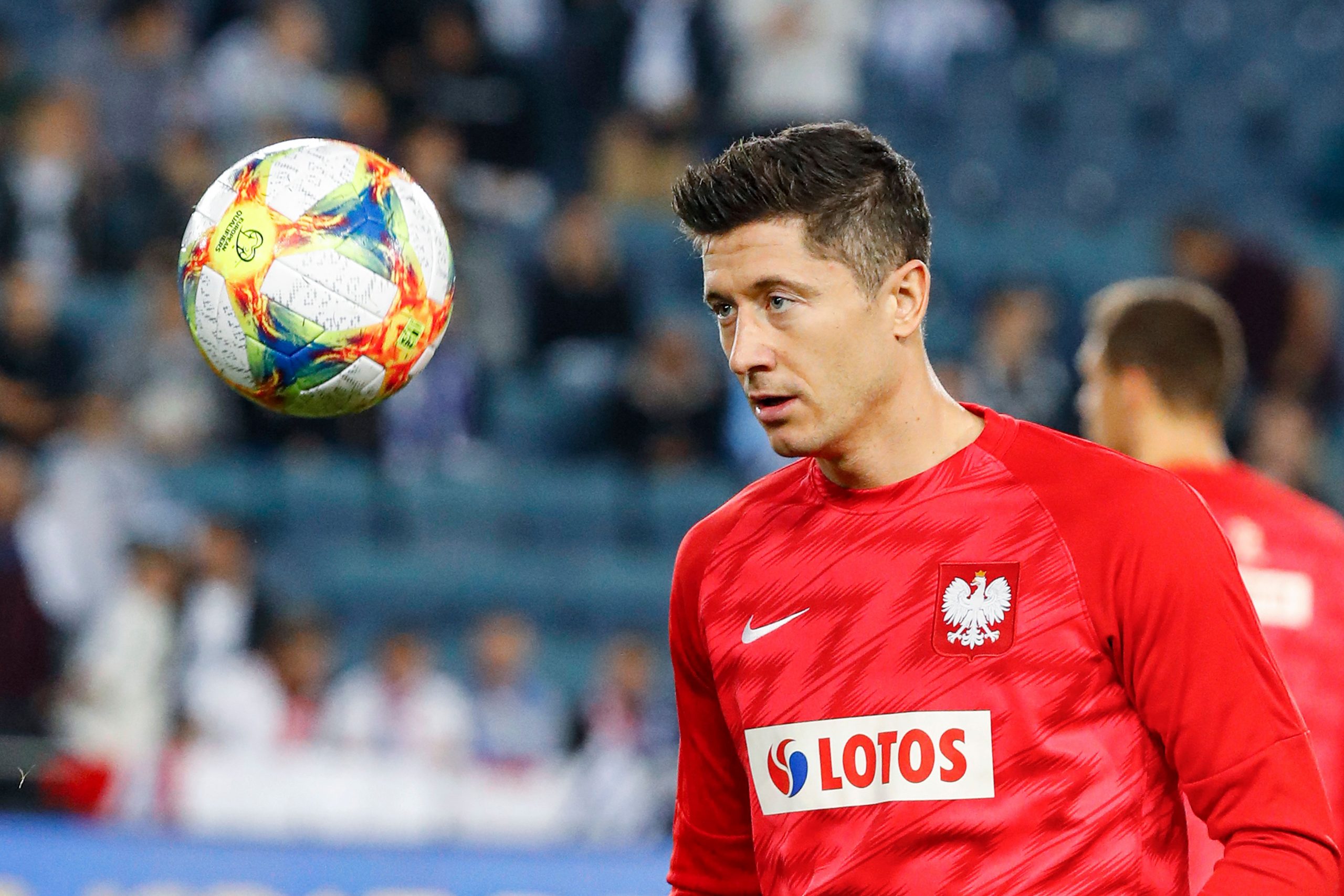 Robert Lewandowski will be one to watch in Poland vs Ukraine. (Photo by JACK GUEZ/AFP via Getty Images)

Having missed the October 2020 international break after contracting the coronavirus, Andriy Pyatov has now fully recovered from the virus and he was recalled to the Ukrainian national team. Most recently, the veteran goalkeeper returned to Shakhtar Donetsk’s starting lineup in their victory against Mariupol last week, but he has failed to make an appearance since that match. This international friendly should give Pyatov an opportunity to ease himself back into match fitness ahead of Ukraine’s crucial Nations League matches against Germany and Switzerland later this month. 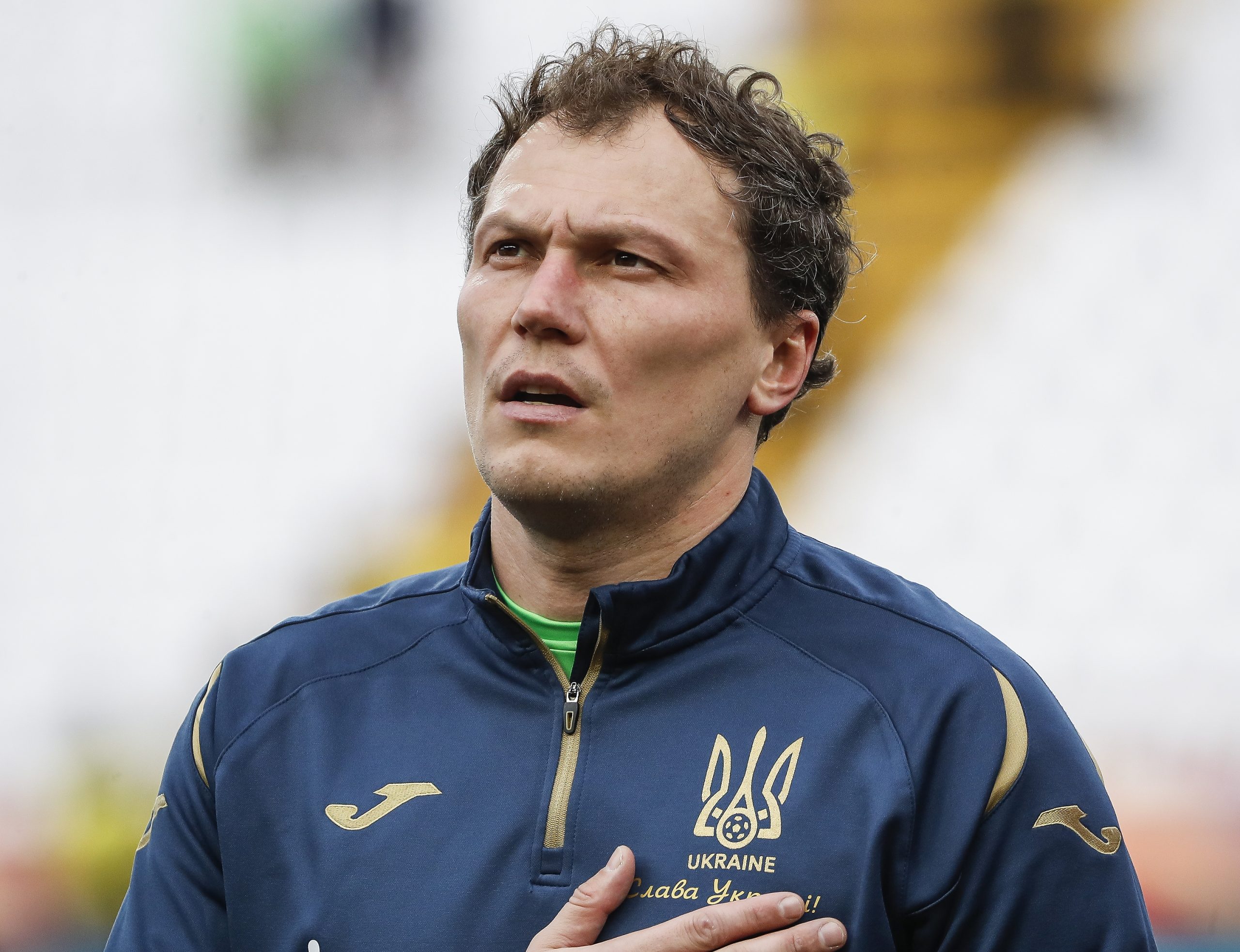 Andriy Pyatov will be one to watch in Poland vs Ukraine. (Photo by Srdjan Stevanovic/Getty Images)