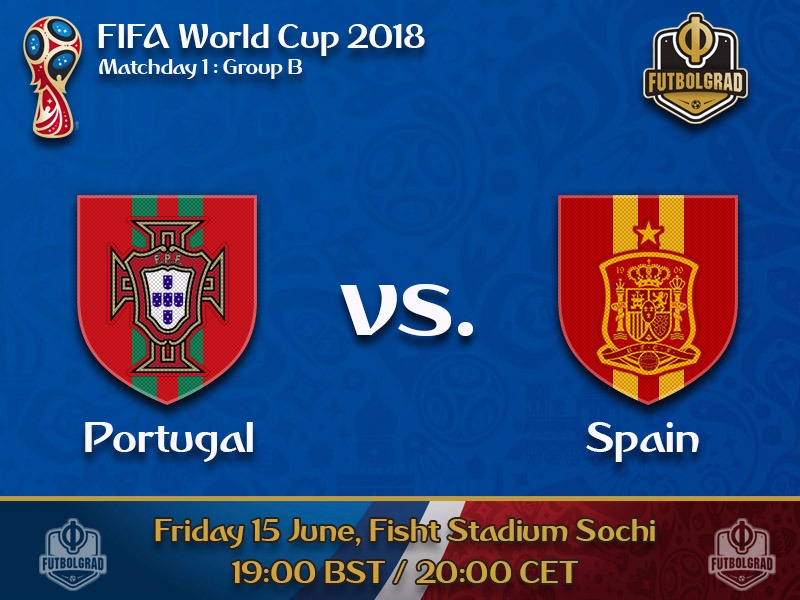 Portugal and Spain to battle for supremacy in Group B

The Fisht Olympic Stadium in Sochi will be the witness of a clash of giants between 2010 FIFA World Cup champion Spain and current European Champion Portugal. In many ways, the match on Friday between Portugal could set the tone in Group B.

Portugal, in many ways, will be reminded of their World Cup opener four years ago. Facing Germany, the Seleção das Quinas were trashed 4-0 and lost defender Pepe due to a red card. Portugal were later eliminated due to the worse goal difference to the United States, who finished second behind Germany.

Once again Portugal is understood to be one of the two big favourites in a group. This time, however, the start will have to be better as Morocco are perceived to challenge for one of the two top spots in Group B as well.

Spain, in the meantime, also have nightmares when it comes to the 2014 FIFA World Cup. Drawn in a group with the Netherlands La Furia Roja experienced their very own World Cup Armageddon losing 1-5 to Oranje to open the tournament. Spain never recovered from the result and the holding world champion at the time were eliminated at the group stage.

Hence, both sides will want to exorcise their demons when they kick off the tournament on Friday. Both sides will, furthermore, feel that there is a good chance to achieve exactly that.

Portugal, after all, won the 2016 European Championships two years ago – although at the same time they managed the feat without winning a single match in regulation time. Spain, in the meantime, have been in fantastic form under new head coach Julen Lopetegui and their 6-1 victory over Argentina in the spring have propelled them among the World Cup favourites once again.

Spain’s form may, in fact, be more substantial than Portugal’s fleeting success at the Euros two years ago. In fact, a World Cup favourite La Furia Roja will want to set an example right from the get-go and will be favourites to win their first match in this Group B.

Portugal vs Spain – Players to look out for:

Once again, a tournament will be overshadowed by Cristiano Ronaldo’s personal antics. One year ago, at the 2017 FIFA Confederations Cup, Ronaldo was in the constant spotlight for his tax evasion case and his statements that he wanted to leave Real Madrid. In the end, Ronaldo would remain with Real but after winning the Champions League in May once again renewed his wish to leave Real Madrid. On the pitch, Ronaldo has been once again on fire for Real scoring 15 goals in 13 Champions League matches as well as 26 goals in 27 La Liga matches. But it will be interesting to see to what an extend Ronaldo’s recent antics will overshadow Portugal’s World Cup ambitions. 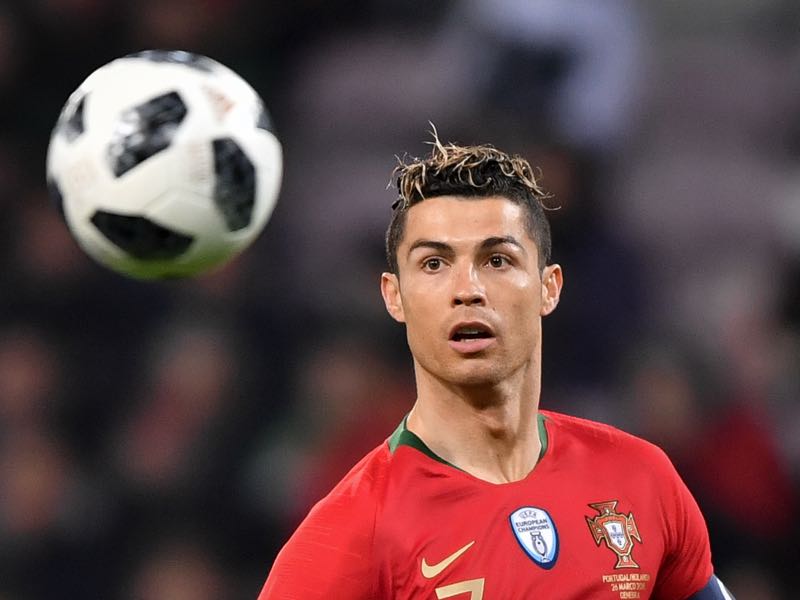 Sergio Ramos will be Spain’s key man against Portugal. The Real Madrid centre-back was in the news following the Champions League final against Liverpool after taking out Mohamed Salah of the match and also elbowing goalkeeper Loris Karius in the face – the keeper was later diagnosed with a concussion. Following the Champions League final, Sergio Ramos faced hefty criticism by the media and Liverpool fans. The match, and the other Champions League finals before that, however, also showed that the 32-year-old is paramount to win key matches by taking out attacking threats but also scoring key goals when necessary. In Cristiano Ronaldo Ramos will now face his Real Madrid teammate but history suggests that the Spanish defender will take no prisoners when he faces Cristiano Ronaldo on Friday night in Sochi. 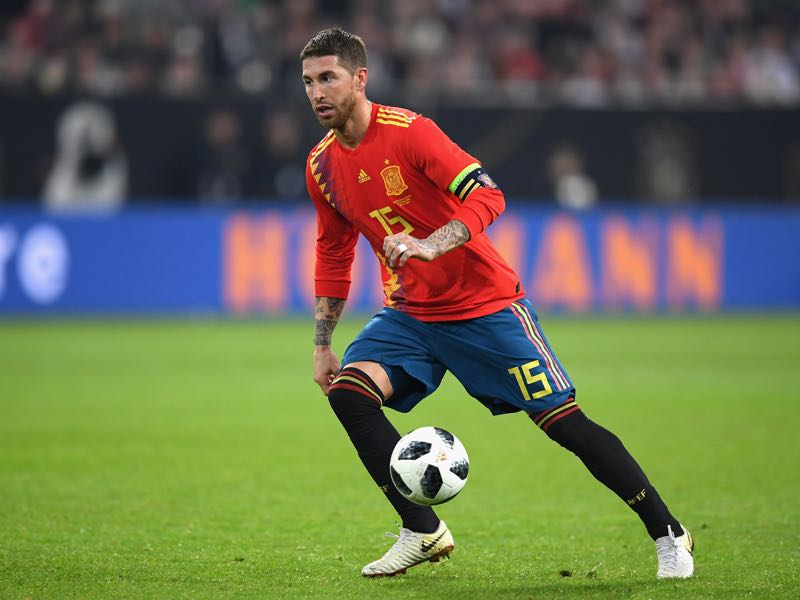