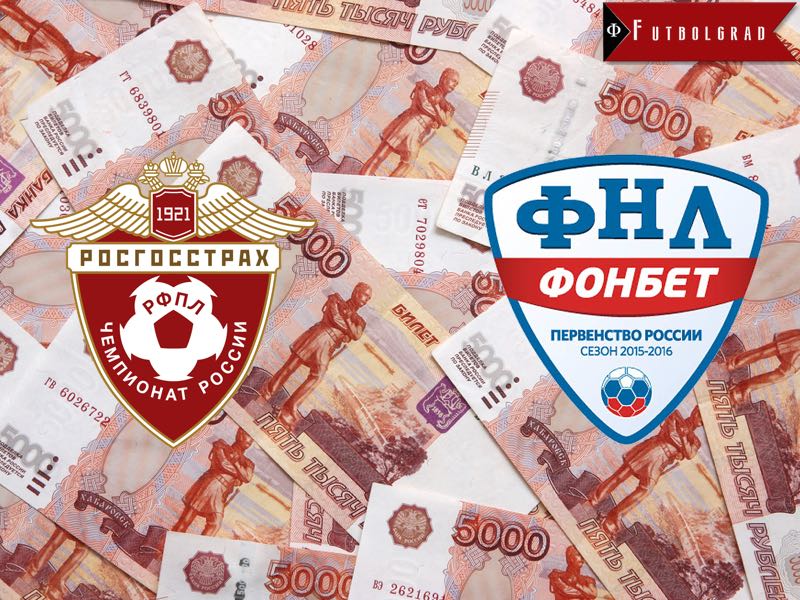 Privatization and the Need to Reform Russian Football

The financial trouble at Tom Tomsk, and the lack of privatization of Russian football, was a major talking point at the latest World Football Index – Futbolgrad Podcast. Tom Tomsk, in particular, is an interesting example, because the regional government owns the club.

The recent financial problems at Tom Tomsk, and the fact that the regional government is reluctant to bail out the club, could actually lead to the Russian Football Premier League finishing the season with just 15 teams. The club recently travelled to their winter training camp with just eleven squad players, as the rest of the team was put on sale in order to cover the club debt.

Tom Tomsk is just the latest of a long list of clubs that have experienced severe financial problems. The most recent examples include Torpedo Moscow, Kuban Krasnodar, Mordovia Saransk, Rotor Volgograd, and Alania Vladikavkaz, just to name a few.

Government ownership of Russian clubs has not been the answer

The above list does not include teams that have had severe financial problems and were bailed out through their regional governments or by state actors. One such example is FC Rostov—last season’s surprise team was on the brink of bankruptcy on several occasions, and only survived thanks to mixed support from the local businessman, Ivan Savvidis.

Rostov’s financial future now looks bright thanks to their success in the Champions League. But clubs can not bank on the sort of surprise performance that Rostov have put together over the last two seasons. 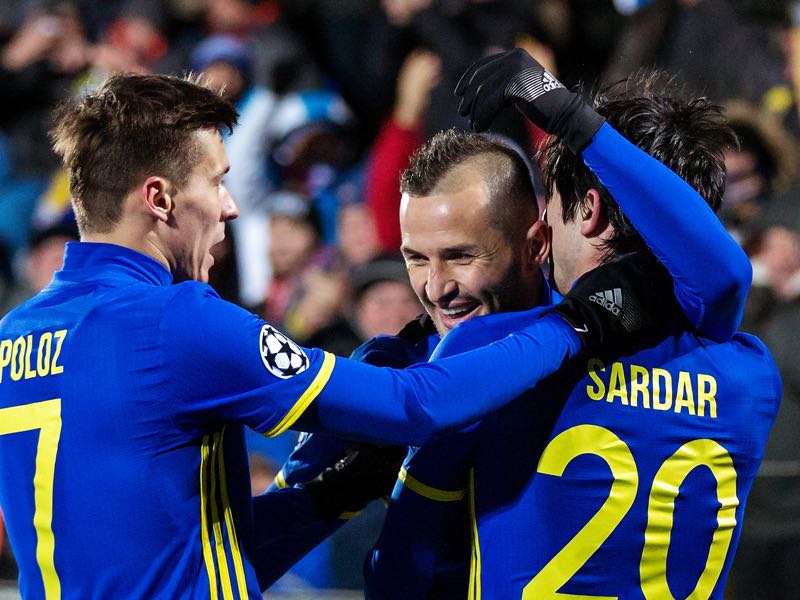 An unlikely run to the top of the RFPL, and success in the Champions League rescued FC Rostov from financial peril. (Photo by Joosep Martinson/Bongarts/Getty Images)

This means that the majority of Russian clubs still would be under constant threat of bankruptcy were it not for state support. But, perhaps, the fact that clubs know they can bank on state support leads to the financial problems in Russian football in the first place.

Eight out of 16 clubs, or 50%, playing in the Russian Football Premier League receive direct financial support from regional governments. The influence of the state is even more significant, however, when one includes Zenit, Orenburg, Lokomotiv, and Arsenal, which are owned by corporations where the Russian government is the majority shareholder.

Amkar Perm, Krylya Sovetov Samara, FC Rostov, Rubin Kazan, Terek Grozny, Tom Tomsk, FC Ufa, and FC Ural Sverdlovsk Oblast, are all owned directly by either the regional oblast, or republican government. The list actually grows to eight teams when one includes Arsenal Tula which are owned by Rostec, which in turn is owned by the regional government.

Privatization is even less common in the Football National League

The picture is similar in Russia’s second division the Football National League, where 15 out of 20 clubs are owned by regional or city governments. This means that 23 of the 36 professional teams in Russian football receive direct support from regional governments.

The difficult financial landscape of Russian football means that regional governments have to invest significant percentages of their resources into the survival of football clubs. Up until 2013, this was not a big problem, as many of the regions that supported football clubs received extensive funding from the federal government thanks to the rise in the price of oil and gas.

But the collapse of oil and gas prices, and Russia’s involvement in Ukraine and Syria, has meant that Russia’s coffers have been under severe strain, which in turn has meant that regional governments have received less money from the federal reserves. In times of financial hardship, maintaining the budget of professional football teams can be a serious problem.

The recent example of Tom Tomsk, in particular, demonstrates the need of privatization in Russian football. Tom Tomsk, thanks to the support of the government, was able to be promoted to the top division last season. The jump from the FNL to the RFPL,however, also involves a jump in terms of cost, and the club, in an effort to compete with the wealthy clubs from Moscow and Saint Petersburg, overspent in the offseason.

The club was then unable to pay the wages of the playing and coaching, staff, which has led to the recent fire sale of several top players. In the past, the regional government would have filled the gap, but the problem is that Tomsk oblast has been unwilling, or unable, to pay the club’s debt.

As a result, the club is now in danger of going bankrupt even before the season is finished, which would leave the league in the awkward position of having to finish the competition with just 15 teams. The main question, however, should be whether regional governments should be in charge of financing football clubs in the first place.

In as recently as November, the mayor of Novokuznetsk, Sergei Kuznetsov, announced his reluctance to finance the local hockey club, Metallurg. Instead, he brought up the idea of a referendum to ask citizens whether they wanted to finance the team, or schools and hospitals. In some ways he has a point. Local governments should not be in charge of football teams.

Metallurg Magnitogorsk team members celebrate as they hold the trophy of the Kontinental Hockey League (KHL) after winning the final match against CSKA. The club is, however, under financial pressure. / AFP / ALEXANDER NEMENOV (Photo credit should read ALEXANDER NEMENOV/AFP/Getty Images)

The financial difficulties at Tom Tomsk have attracted attention in Russian politics. The controversial politician, Igor Lebedev, whose tweets on supporting Russian hooligans raised eyebrows in the west during the summer, and who is now an executive member of the Russian Football Union, suggested that the league should be reduced to 14 teams, and that only private teams should be allowed to play.

The long-standing football executive, Vyacheslav Koloskov, later dismissed Lebedev’s comments as “utopian visions.” Koloskov rightfully points out that there would be only five teams—Zenit Saint Petersburg, CSKA Moscow, Spartak Moscow, Krasnodar, and Rubin—that could survive without financial assistance from the state. But while this page would find it difficult to agree with Lebedev’s political views, the Russian politician may have a point when it comes to Russia’s football business.

Privatization was officially introduced in 1987

The problem is that Russian clubs never have tried to function independently from the state, despite the fact that the Soviet Union, under Mikhail Gorbachev, introduced laws long ago that were supposed to privatize football clubs. Back in 1987, the idea was to make most clubs into membership associations, not too dissimilar from what Germany has today, and to have members, rather than the government, finance clubs.

Bringing in such a system today would be difficult and would require a stiff licensing program run by the Russian Football Union for those clubs that want to compete in the top two divisions of Russian football. Forcing privatization is a necessary process, however, if Russian football is to build for the future. 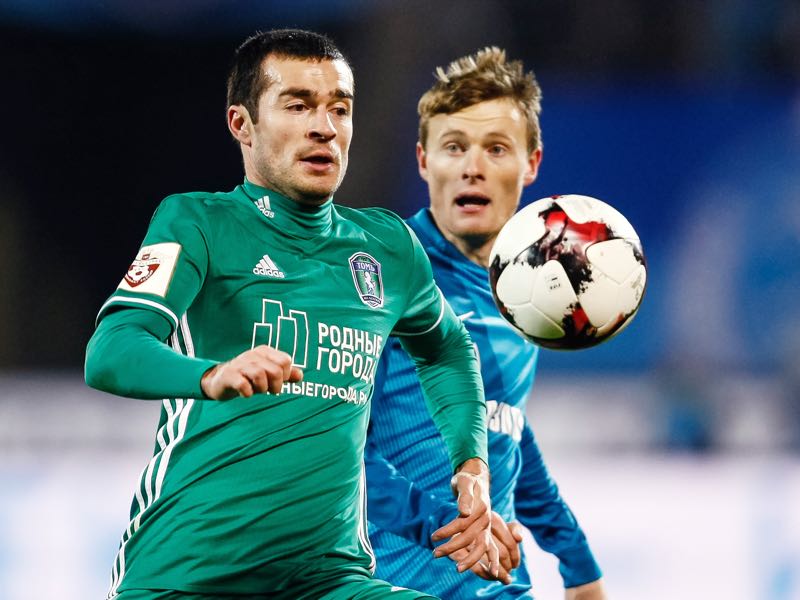 In an attempt to compete with the likes of Zenit Saint Petersburg in the Russian Football Premier League Tom Tomsk are now under financial pressure. (Photo by Epsilon/Getty Images)

Lebedev’s suggestion to reduce the league, and perhaps the number professional clubs, may also be necessary to make this work. On the Futbolgrad Podcast we suggested that the number of professional teams should be perhaps reduced to 30 teams (14 in the first division and 16 in the second division), and the third division should be reduced to several smaller regional divisions with ten teams in each to save the cost of travel.

Fewer teams, and the privatization of all teams and membership clubs could be the solution for Russian football in the long-term. The transition to full privatization of Russian football would be, of course, a painful process with many clubs falling by the wayside. It is, however, a process that is absolutely necessary in order to finally fulfill the promise of Gorbachev’s reform program which was started 30 years ago.