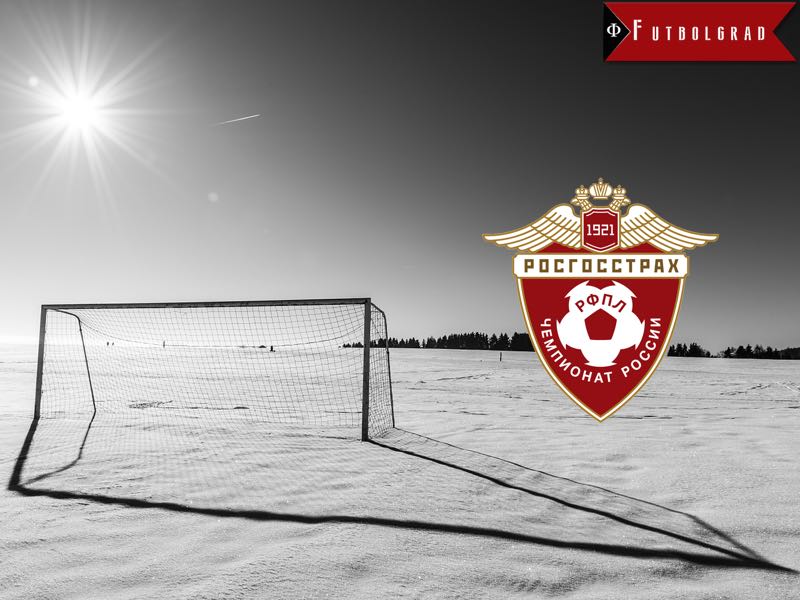 Pros and Cons of using the European Calendar in Russian Football

It is winter, which in the Russian Football Premier League means the debate about changing the season calendar back to its old format has reignited yet again.

Up until 2011 the Russian Football Premier League (RFPL) started in March and finished in November, with a short break in the summer. After a mammoth 14-month 2011-12 season the Russian league calendar was aligned with the rest of Europe. Now the league starts in late summer, takes a long winter break, and then completes the season in spring.

Ostensibly this was to help teams to be better prepared for the business end of the European season when the Champions League / Europa League restart in February. In practice what it has meant is more winter games—three rounds crammed into the last week of November and the first week of December—and no noticeable improvement in the fortunes of Russian clubs in Europe.

Is bringing back the old calendar a good idea? I used to think so, but now I’m not so sure. To help me (and you) decide the answer, here are the main arguments on either side of the debate:

In favour of a spring-autumn calendar

Changing the calendar to autumn-spring hasn’t achieved its stated objective. European results have declined since 2012. In the previous decade both CSKA Moscow and Zenit Saint Petersburg won the UEFA Cup, but nobody has come close post autumn-spring. We have seen strong performances pre-winter—Dinamo Moscow in 2014 and Zenit last season in particular stand out—followed by sides exiting whimperingly in the first knockout rounds of the European competitions in the spring. Critics might note that Russia has risen up the UEFA coefficients rankings recently, but this is down to those good group stage performances in autumn rather than long European runs in spring.

In a league where a few sides dominate, the current system plays into hands of rich clubs. The current calendar means a fairly small summer break and a longer one (three months) in winter. Wealthier sides can use the long winter pause to rebuild and revitalise effectively—including extensive training camps in warmer climes—whereas poorer sides cannot. Having a long break mid-season, rather than between seasons, seems to unfairly disadvantage teams with fewer financial resources, who are far less able to apply the sticking plaster—or full-on plaster cast—to a season going wrong.

The huge pause in winter essentially turns each season into two mini seasons. The winter break is not a pause, but rather a gaping hole that lasts longer than the two-and-a-half-month spring section of the season. As a result, the RFPL is a tournament broken in half that feels not like part of a whole but instead like two distinct entities. Momentum is entirely lost between December and March, which adds another complication to attracting new fans. Indeed, the big break perhaps only suits Krasnodar, who have a tendency to come out of the blocks slowly but then excel in the spring. And guess what: Krasnodar are one of the league’s wealthiest sides.

In late November and December attendances drop because of the cold. The average high at this time of year in Tomsk, home of Premier League side Tom’, is around minus twelve degrees Celsius. Tom’ moved their most recent home game due to low temperatures—they have one more December fixture, which may also end up being moved. Most other Russian cities have sub-zero temperatures too, which is hardly conducive to attracting the casual spectator. Of course, under the old calendar games did take place in cold temperatures, but back then mid-November football was the exciting season climax, which attracted fans whatever the weather. 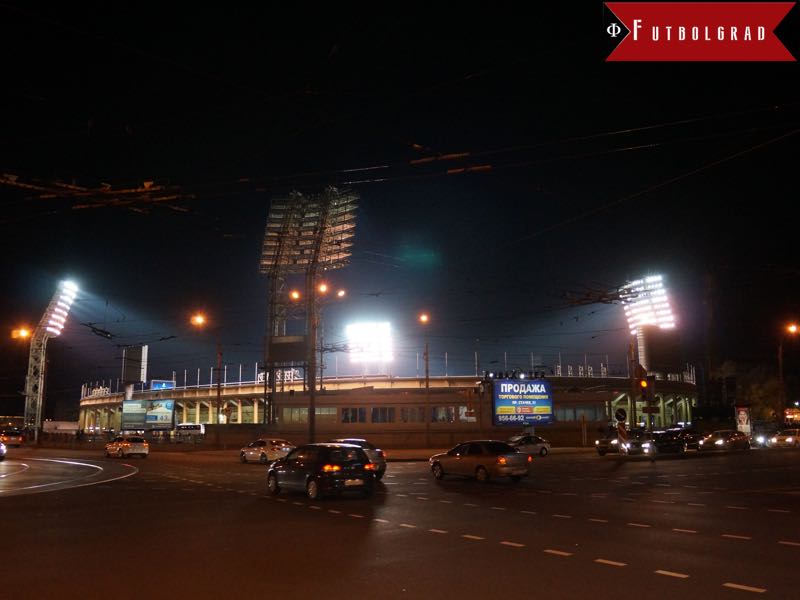 Pitches are in a poor state at a really crucial time. Russian pitches are notoriously poor in March when the season resumes, having been battered by almost universally difficult winters—only those pitches farthest south escape. Previously this meant that the season often started with a whimper rather than a bang as much of the attention was on the state of the pitch. Now, however, crucial ties as the season draws towards its final stages are played on these poor spring surfaces.

Summer football is great. Russian football needs a shot in the arm. This probably will not happen through the national team winning the 2018 World Cup (you heard it here first…), but rather good planning and clever marketing. One thing that Europe lacks during half of its summers is decent competitive football. The RFPL is improving, and changing the calendar to include more summer games would be a chance to showcase this. It might take three or four seasons, but Spartak versus Zenit or CSKA versus Krasnodar in late July/early August could gain the attention of a wider audience tired of overblown, half-paced friendly tournaments.

In favour of an autumn-spring calendar

Nobody can change the weather. Whatever the structure of the season, nobody can alter the fact that it is too cold for meaningful football during December, January and February. There would therefore still be a long pause if the league reverts to its old schedule. The only notable gain would be slightly fewer games when the weather is at its coldest, which might not be worth the considerable disruption a change would bring to the Russian football calendar.

If the previous calendar was reverted to, there would still be a mid-season pause. There was always a break in the season under spring-autumn—it happened in July/August when the weather was at its hottest (in many part of Russia summer temperatures can reach the low to mid thirties). During World Cup or European Championship years this break lasted for most or that entire tournament, meaning a month or more would be lost every other year if the calendar was changed back.

Under the current calendar teams play in Europe in same year that they won the league. A quirk of the old calendar—as it was out of sync with much of Europe—was a huge gap between winning a domestic trophy and getting the reward of playing in Europe. For example, Rubin Kazan won the 2009 Premier League in November of that year, but didn’t play in the Champions League as a result of this until September 2010. The equivalent lag under the current system is a more typical four months, meaning the collective that wins the league is more likely to still be in place when the European games come around.

There would need to be another huge transitional season. When the calendar altered previously the season lasted from March 2011 until May 2012. The sixteen-team league lasted 44 rounds, with the league breaking into two (a championship half and a relegation half) after 30 rounds. That season the top four was the same top four at 44 games as it had been at 30 (albeit in slightly different positions). The bottom two relegation teams didn’t change either, so it was hardly gripping stuff. If the calendar were to be changed after the World Cup (as has been mooted), this would probably mean starting the next season in August 2018, and that wouldn’t finish until November 2019. A change in calendar would have to be worth the pain of a second mammoth season (when I say ‘worth the pain’, I’m picturing an extra helping of Zenit drawing 0-0 away at Ural on a poor pitch…). 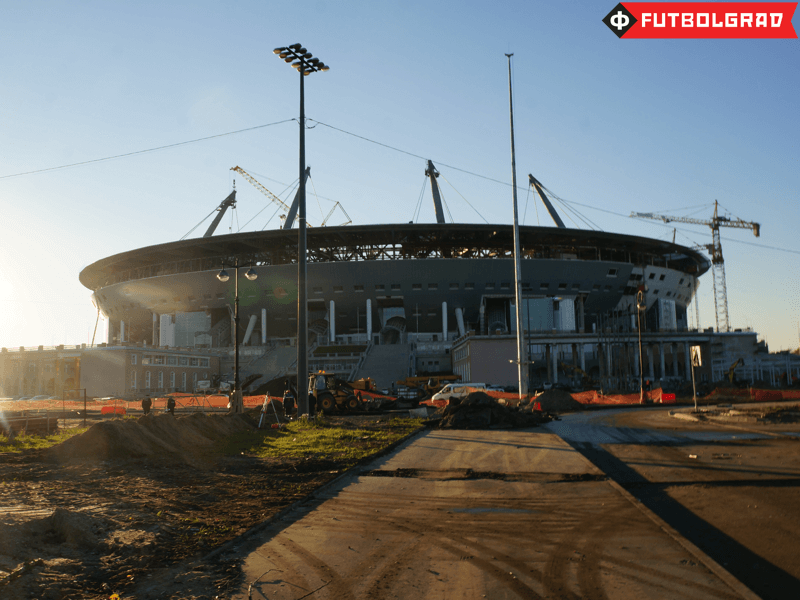 Stadiums are improving. There may still be the issues with pitches, but these have improved noticeably in recent seasons. The Petrovsky in Saint Petersburg, for example, has lately looked far more presentable for February European ties than in the past. The cold weather is also being tackled. Zenit’s new Krestovsky Stadium, which will hopefully open after the winter break, has heating in the stands that can make sub-zero temperatures feel like plus ten degrees Celsius. Other clubs will surely follow suit once this technology has been tried and tested.

So there we have it, there are some good reasons to revert to spring-autumn, but the ultimate question is whether these possible gains are worth the disruption it would cause. Unless there’s real willingness to engage with fans, both at home and abroad, in order to entice them with the football on offer during the warmer months, I am beginning to believe it is not worthwhile.