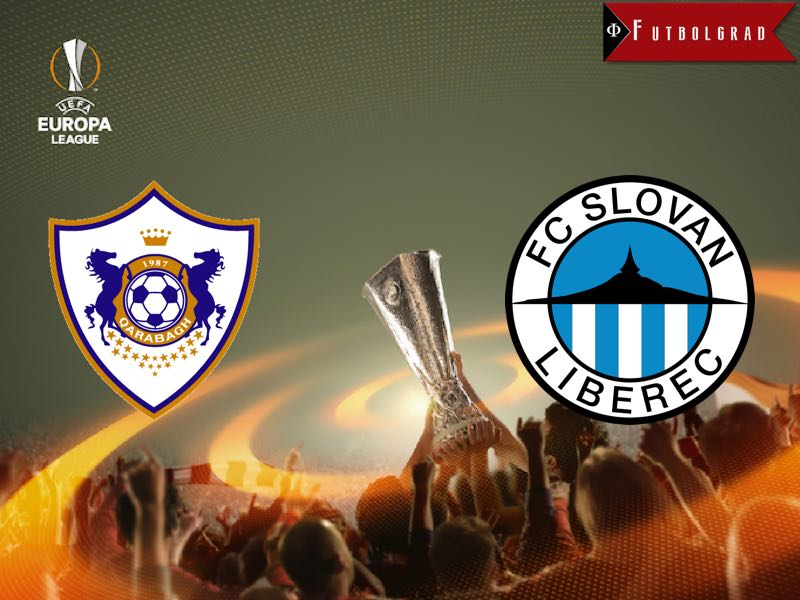 Qarabag vs Slovan Liberec is not exactly a Europa League classic. In fact, the two teams have never played each other in international matches. At the same time, however, this is the second time this season that Qarabag are travelling to the Czech Republic, as the Azeri were eliminated by Slovan Liberec’s league rivals, Viktoria Plzeň, in the third round of the UEFA Champions League qualifiers.

In many regards, the match against Slovan could be the key match up for the Azeri side, as Futbolgrad predicted that Qarabag would compete with Slovan for the third spot in Group J (read Qarabag’s Europa League Preview right here).

Slovan Liberec finished the Czech ePojistenit.cz liga in third place behind champions Viktoria Plzen and league runners up, Sparta Praha. Located in the north of the country, not far from the German and Polish borders, Liberec has been somewhat in the shadow of Viktoria Plzen, and the big club’s from Prague—Sparta and Slavia.

The club did not manage promotion to a first division until after the fall of communism and the dissolution of Czechoslovakia. The club was one of six teams promoted to the newly created independent Czech first division, which kicked off in 1993.

Within nine years, Slovan managed to become one of the strongest teams in the league. In 2000, the club won the Czech Cup and, in 2002, Slovan won the Czech championship. In 2006 ans 2012, two more league titles followed and, in 2015, Slovan won another Czech Cup—thus salvaging a disappointing league season in which the team finished 12th.

Indeed, the 2014-15 season was their worst season in the top flight. The club then seemed to make some good decisions following their poor showing, and Slovan rebounded with a strong season—finishing 3rd in 2016.

Slovan’s biggest name is Milan Baroš. The former Czech international returned to the Czech Republic in 2014 when he signed for Baník Ostrava. Baroš previously had toured Europe at various clubs, as the highly talented striker failed to truly put down roots in any of Europe’s top leagues. He had played at three different English Premier League clubs (Liverpool, Aston Villa, and Portsmouth) and at the Ligue 1 club, Olympique Lyon, before finally putting down roots at Galatasaray where he stayed for five years.

His nomadic lifestyle has continued back in the Czech Republic, as he has now played for three different clubs in as many years since returning in 2014. Last season, Baroš managed 21 appearances and six goals for Mladá Boleslav.

At Slovan, he is hoping for one last shot at European glory but, in truth, his performances have been somewhat lacklustre in that he only scored once in six league matches, and failed to find the net in the Europa League qualification stage.

Another man to watch out for is the Russian striker, Nikolay Komlichenko, who is on loan from FC Krasnodar. Komlichenko was brought on by manager Jindrich Trpisovsky in Liberec’s 2-1 defeat against Plzeň on the weekend, and managed to score. Don’t be surprised if Komlichenko is brought on again or even starts against Qarabag on Thursday.