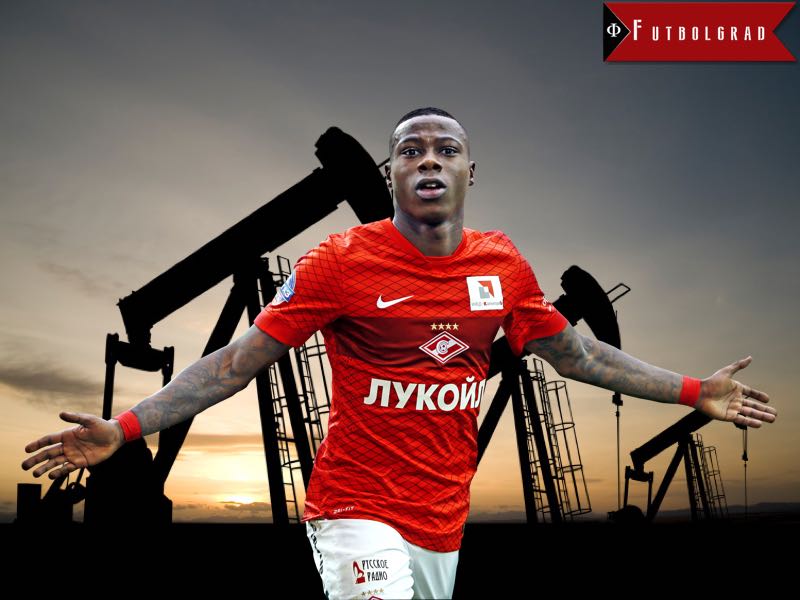 Quincy Promes to Liverpool – It is all about the money…

Spartak Moscow’s Quincy Promes has been heavily linked with a move to Liverpool FC in the winter. Liverpool have recently lost Brazilian winger, Philippe Coutinho, and the Dutch winger has been thought to be a perfect fit to replace the Brazilian short term, and an important depth player at Liverpool long term.

Now first up for Liverpool, Promes would be a more logical signing than FC Rostov’s Sardar Azmoun. That, however, does not mean that Promes is going to end up at Liverpool.

In fact, as Andrew Flint and I discussed on the new World Football Index Futbolgrad Podcast on Tuesday, Spartak Moscow’s owner Leonid Fedun set a €50 million price tag for the Dutch forward last January. On the one hand, this statement is now one year old but, on the other hand, at the time Spartak were not on top of the Russian Football Premier League.

Spartak are currently first with 40 points, five points ahead of Zenit Saint Petersburg, and eight points ahead of CSKA Moscow, and it is therefore safe to say that the league is theirs to lose.

Despite enormous investments, Spartak have not won a league title since 2001, which is an eternity for a team that virtually dominated the Russian Top League in the 1990s by winning nine out of the first ten titles after the fall of the Soviet Union. Spartak have come close at times, but often seem to deflate at the worst possible moment a tendency that, in many ways, has made them the Liverpool or Schalke of Russian football in the last 15 years. 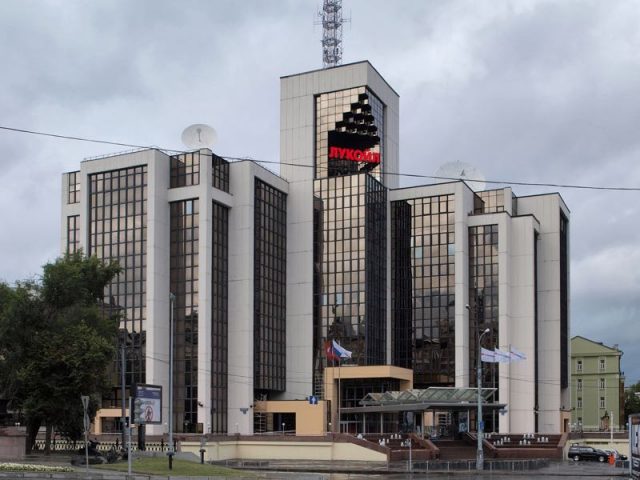 Now, at the same time Spartak are a hugely popular club, and the oil tycoon Leonid Fedun, who is a part owner of Lukoil, Russia’s largest private oil company, and is understood to be worth $5.4 billion, owns the club. Even with the current problems in the Russian economy, Lukoil has an annual revenue of $144 billion, and a net income of $7.8 billion.

In other words, Spartak do not need money. In fact, Spartak will do anything in their power to secure the title, especially as both Zenit and CSKA are showing inconsistency.

With this in mind, it would be unlikely for Fedun to sell Promes—in fact, the club could even be a major buyer this winter, as they have already signed Amkar Perm keeper Aleksandr Selikhov, and Lokomotiv winger Aleksandr Samedov.

Spartak’s push for the title would mean that, at the earliest, a Promes deal could be possible would be in the summer, but again, only for the above-mentioned price tag. Liverpool manager Jürgen Klopp seems to have put an internal salary cap on Liverpool transfers, which already meant that LFC lost out on the signing of another Eastern European based player last winter, when they failed to reach a deal with Shakhtar Donetsk for the services of Alex Teixeira.

Other teams are also looking at Promes

Then there is the fact that other teams are also looking at Promes. Another club, that seems to be seriously interested in the Dutch winger, is Bayern München. Sources have it that Promes could be a natural replacement for Arjen Robben.

Robben is currently in negotiations to sign a new contract, with the two parties in disagreement over the length of the new contract. Bayern scouts are understood to have an eye on Promes, and the Dutch winger will become a hot commodity in the Bavarian capital should Robben choose to leave.

Quincy Promes could be seen as an ideal replacement for Bayern’s Arjen Robben – Read the full text by clicking on the image.

The most important question about Quincy Promes, however, is whether he would be a good fit for Liverpool. Promes is not an all out striker, but a winger or a wide midfielder. At the same time, however, he can be lethal in front of the net, as he has already scored six goals, and given six assists in 14 Russian Football Premier League games for Spartak this season.

How good is Quincy Promes?

As we often see with Arjen Robben, Quincy Promes likes to come at the defence from midfield with speed, and cut inside to look for the goal scoring finish. His speed and agility, as well as his dribbling abilities in particular stand out.

Also, playing in Russia, where the weather conditions mean that football can be extremely difficult, has meant that Promes has developed the mental and physical requirements for the game in England.

Perhaps his biggest problem could be his defensive abilities, and this could perhaps mean that Klopp will be hesitant to shell out €50 million for the Dutch winger. Promes often has problems tracking back, which could make it difficult to integrate in Klopp’s preferred Gegenpressing system.

In that sense Promes would be a bit of a project, and whether Liverpool will be willing to spend the sum in question on a project remains to be seen. That is if Spartak is willing to sell, which is perhaps even more unlikely…