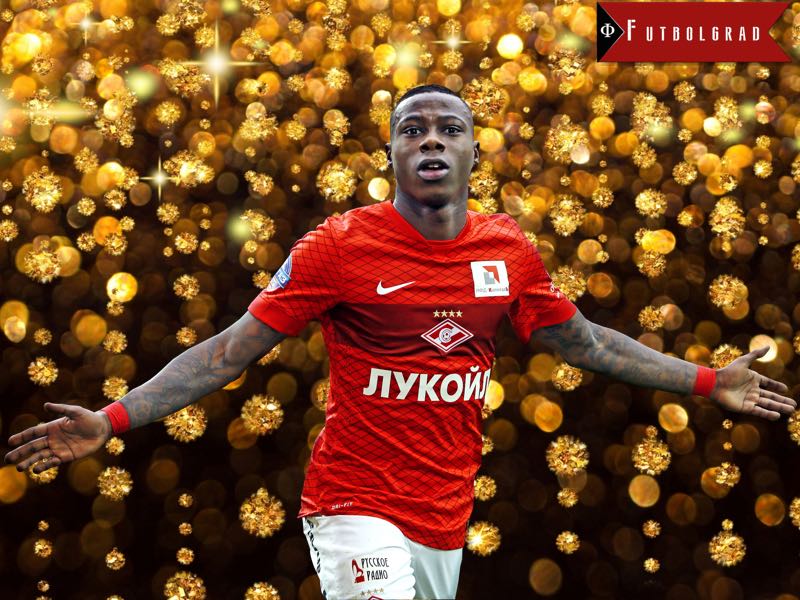 Thanks to another fantastic performance by Quincy Promes the countdown to Spartak Moscow’s first championship since Leonid Fedun bought the club in 2004 has officially started. On Sunday, Spartak managed a magnificent display against Russia’s richest club, Zenit Saint Petersburg, to go clear by 10 points on top of the table ahead of CSKA Moscow, who drew FC Rostov on Saturday 0-0.

Spartak hit Zenit early with a wonderful strike by Dutch superstar Quincy Promes. It was the Dutchman’s tenth goal of the season, and Promes, once again, highlighted why Spartak’s management were so adamant about not selling the forward to the likes of Liverpool in the winter.

Promes has now scored four goals in the last four games, and assisted on another two goals in the same period. In fact, it was Promes’ fantastic through ball to Aleksandr Samedov in the 80th minute that sent Spartak supporters to ecstasy. The Dutchman received the ball on the edge of the box and was tackled Luis Neto, but instead of going down, Promes kept possession of the ball and calmly slotted the ball to Samedov, who hammered the ball home from close range. 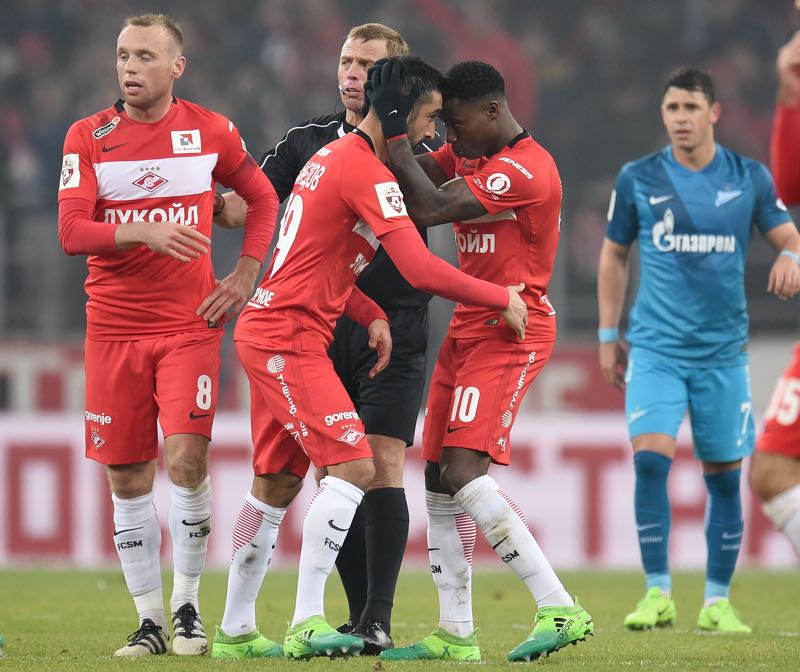 Given that Quincy Promes has now scored ten goals in 19 games for Spartak this season, it would be a surprise if major European clubs didn’t attempt to sign the Dutch right winger in the summer. But with Spartak returning to the Champions League next season, and with Leonid Fedun likely to open his coffers even further, there is a high probability that Promes will stay with the club.

This is especially likely given how important Promes is for securing the club points in must-win games. The game against Zenit was, in fact, another emotional moment for Spartak’s home support. Just two weeks ago, Spartak fans became euphoric when Quincy Promes scored the late winner against Orenburg. The game against Orenburg, in particular, may one day go down as the moment that won Spartak the championship.

Promes’ performance against Zenit, however, was at least equally important. After all, Spartak’s Italian head coach, Massimo Carrera, had his team play in true Italian fashion, when his club more or less controlled the game when Artem Dzyuba scored the equalizer in the 66th minute.

The big Russian striker received a wonderful cross from Domenico Criscito inside the six-yard-box, controlled the ball with his chest, and then used his telescopic legs to get the ball past the Spartak goalkeeper, Artem Rebrov. Dzyuba began his career with Spartak, and his celebration was relatively controlled.

It was the sort of moment that made Spartak fans nervous. Could the former Spartak forward come to haunt his club? Could Zenit turn the result on its head, and narrow the gap on top of the table from eight points to five? At that moment the camera showed both head coaches, and both appeared relatively calm. Zenit’s head coach Mircea Lucescu probably thought that his side had the talent to overturn the result. Carrera, in the meantime, had seen his team come back from adversity on several occasions throughout the season. 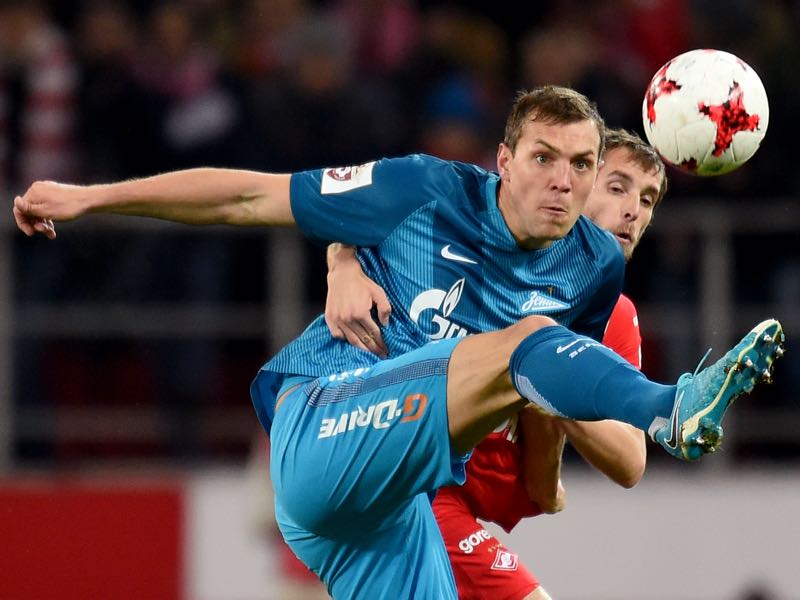 Ultimately, Carrera’s display of confidence proved to be right, as Quincy Promes’ performed the above-mentioned bit of magic that saw Spartak win the match. There are now seven games left in the Russian Football Premier League, and Spartak’s hardest game will come on April 28 when they face city rival CSKA Moscow at the newly opened VEB Arena.

There will be just four games left following the match against CSKA Moscow, which means that Spartak could technically celebrate their first title since 2001 at CSKA’s new stadium. Celebrating the Russian championship at the VEB Arena could be a fitting end to Spartak’s title drought.