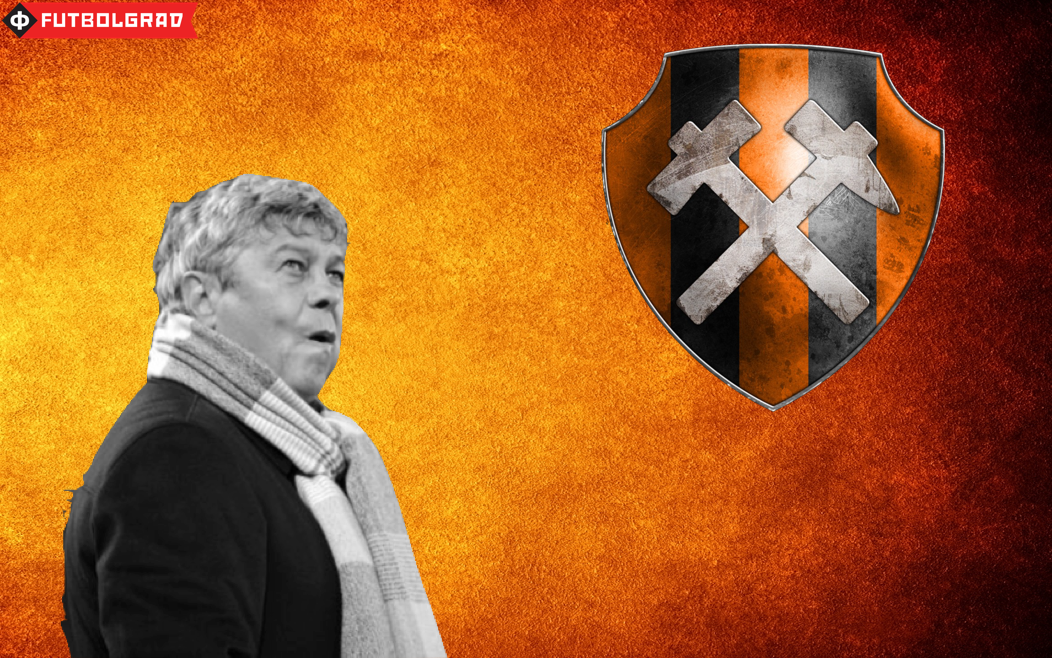 On Tuesday, Shakhtar Donetsk will be traveling to Paris to play their last Champions League match of the season—against Paris Saint-Germain (PSG). Shakhtar are currently third in Group A, and no matter what the result in Paris, will probably continue in the Europa League in the spring—as it is extremely unlikely that Malmö FF, which are even on points, but have lost the head to head competition to Shakhtar, will prevail against Real Madrid.

Shakhtar were always going to have a tough time in Group A (both PSG and Real Madrid are currently a step above the Ukrainians), as Shakhtar continue to be disadvantaged by being forced to play matches in exile; Shakhtar’s head coach Mircea Lucescu told the television show Velikiy Futbol on Sunday, “Things in the Champions League may have been different, if we had played in the Donbass Arena.”

But a likely third place finish still guarantees Europa League football, and a good run in that competition coupled with a Ukrainian League title—Shakhtar are currently first in the Ukrainian Premier League (UPL)—could mean that Lucescu could once again guide the club to several titles.

This has been a difficult season for Lucescu, who again has had to compensate for the departure of several high calibre players—especially Douglas Costa, who has been a sensation for his new club Bayern Munich—by elevating the play of those that have underperformed somewhat in the last couple of seasons.

Bernard, for one, finally seems to be delivering on his €25 million promise; the 23-year-old is at last responding to Lucescu’s coaching, and has become an excellent replacement for the departed Douglas Costa.

Bernard’s countryman, Alex Teixeira, has been a goal scoring sensation this season with 22 goals in just 15 Ukrainian Premier League games, and currently is only three goals away from equalizing Henrikh Mkhitaryan’s UPL goal scoring record— but there have been questions as to whether Lucescu will be able to hang on to him.

Teixeira has stated that he will not leave the club until next summer, “as Shakhtar is unwilling to sell me in the winter transfer window.” Lucescu has told Velikiy Futbol that Shakhtar will ask for at least €40 million from any club that wants to sign him.

Alex Teixeira will most certainly bring in a windfall in the summer, as several European clubs will be competing to sign the striker. Anyone who focuses on Teixeira’s statement that he would like to sign for Chelsea, should remember that Douglas Costa made a similar statement 12 months ago, and then ended up signing for Bayern instead.

Also, there is the question of whether Mircea Lucescu will remain in Ukraine beyond this season, as the 70-year-old coach might consider retirement or a change of scenery. Trabzonspor’s presidential candidate, Muharrem Usta, has been outspoken about the fact that he would like to sign Lucescu, if Usta becomes president of the Turkish based club.

Lucescu, however, has stated that he wishes to remain in Ukraine until the club is able to return to the Donbass Arena in Donetsk. Rumours that the club could return as early as next season are premature, as the continuing conflict in the Donbass makes it impossible to play professional football in the stadium during the coming months.

If Lucescu keeps his promise, the Romanian coach will likely stay in Ukraine beyond this season, and will once again face the difficult task of building a winning team while playing all games on the road. He has already proven, however, that he is one of the best coaches in the game and that even with limited resources, he can achieve amazing results.