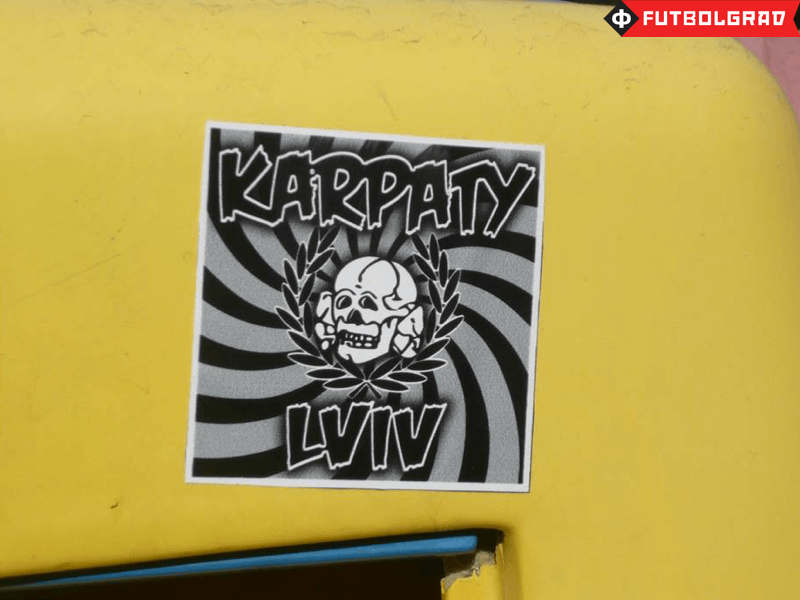 Those were the chants that greeted Karpaty Lviv’s Nigerian striker Gabriel Okechukwu as he stepped onto the pitch in the 79th minute during his team’s 1-0 loss to Dnipro Dnipropetrovsk on Sunday at Arena Lviv. Okechukwu signed for Karpaty on March 1 and has been subject to racist abuse—from his own club’s supporters—in every match since. Karpaty’s traveling supporters started the ‘monkey’ chant in Odessa in their away match against Chornomorets as soon as he made his debut, and did the same last week against Dynamo Kyiv when they saw him warming up on the touchline.

The Response by Karpaty Fans Has Been Predictable

The response from the club and the supporters has been depressingly predictable. The leader of the Karpaty ultras group ‘Zavzhdy Virni’ (Always Loyal) Taras Pavliv claimed that the chants were not directed at Okechukwu, but rather at the club’s general director Yuriy Dyachuk-Stavytskyi. According to Pavliv, the supporters are protesting the club’s policies regarding transfers and the youth system. The club’s director is trying to turn a profit from these mysterious transfers, Pavliv argues, while the promises of giving youth players a chance are unfulfilled. 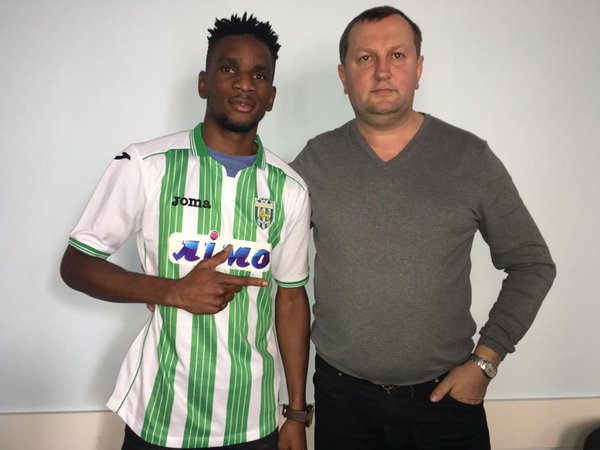 Okechukwu’s transfer is in fact somewhat baffling. Last season Okechukwu reportedly made just one appearance at Maltese club St. George’s, and before that was playing for an amateur club in Abuja, the Nigerian capital. In September 2015 Nigerian national team manager Stephen Keshi was sacked for handing the unknown striker an international call-up. The circumstances surrounding this murky move are worth investigating, and it is not out of the question that some corrupt dealings were involved.

But Pavliv’s assertions that the monkey chants were directed at the club’s management and not at Okechukwu are absurd and hardly worth refuting—in every instance the abuse began at the exact moment when the 20-year-old striker emerged from the bench, and the widespread racist connotations of the word ‘monkey’ in this context are well known and need no further explanation. Pavliv is well aware of this, and no one is buying his excuses.

As for Dyachuk-Stavytskyi himself, his reaction was sadly typical of the response of Ukrainian football officials to racist incidents. “What chanting? About monkeys? I was probably occupied with the match, so I did not hear it,” the sporting director said afterwards. “Maybe two or three people yelled something.”

Videos Show the Extent of the Incident

From this video, taken at the time of Okenchuwu’s entrance, it is obvious that there were more than just two or three people involved. The characteristic denial of a problem by Dyachuk-Stavytskyi is all too similar to how Dynamo Kyiv officials responded to the racist incidents at their club.

Not everyone has remained completely silent. At the press conference after the match Karpaty manager Volodymyr Bezubyak said that he did not notice the racist chanting during the match, but did not deny that they occurred. “Why the fans have this attitude [toward Okenchuwu], I don’t understand. This displays the culture of our supporters. We need to involve the club’s management, to react.” On the club’s official website, however, Bezubyak’s comments on the incident were not included in the transcript of his press conference, in fact they were completely removed, as if censorship and denial could erase what Bezubyak said.

The harshest criticism came from Roman Tolochko, the head coach of the Karpaty U-19 squad. “What the fans of Karpaty did is a complete disgrace,” he wrote on his Facebook page. Tolochko’s condemnation of the abuse is undoubtedly a step in the right direction and a rare example of a person involved in Ukrainian football speaking out against racism without reservation or equivocation.

The racist chanting at Lviv Arena comes just one day after participants of the LGBT Equality Festival in the city were assaulted by members of far-right groups, as the police failed to provide protection to the activists and did not detain any of the attackers. As Oleh Babiy put it for Football24, “in just two days Lviv, which has for years been working in its pro-European image, has turned into a city where homophobes and racists run the show.” 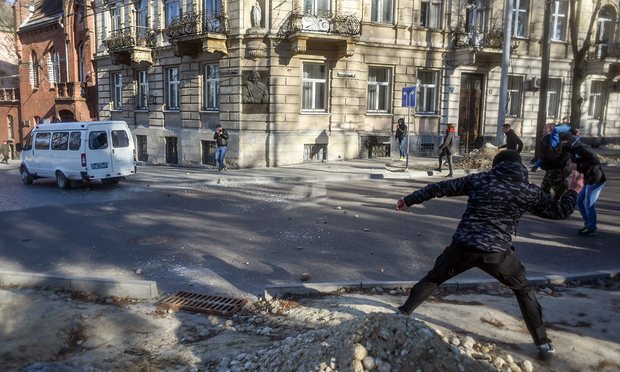 While this is obviously hyperbole, Babiy’s words are a stark reminder that the ramification of events such as the racist abuse in Lviv or the assault on black fans in Kyiv extends far beyond the stadium. The ugly scenes sabotage the reputation of the entire country, just as Ukraine seeks to move closer to Europe.

As always, it must be recognized that not all Karpaty supporters, or even all ultras, are complicit in racist abuse. In fact, it was other ultras who provided the website Tribuna with details and videos of the incident. But if the leaders of the ultra groups and the club’s management are either in perpetual denial over the deep-rooted problems of racism in the stadiums or are completely content to let things remain as they are, no progress can be made—and Ukraine’s image will continue to suffer.