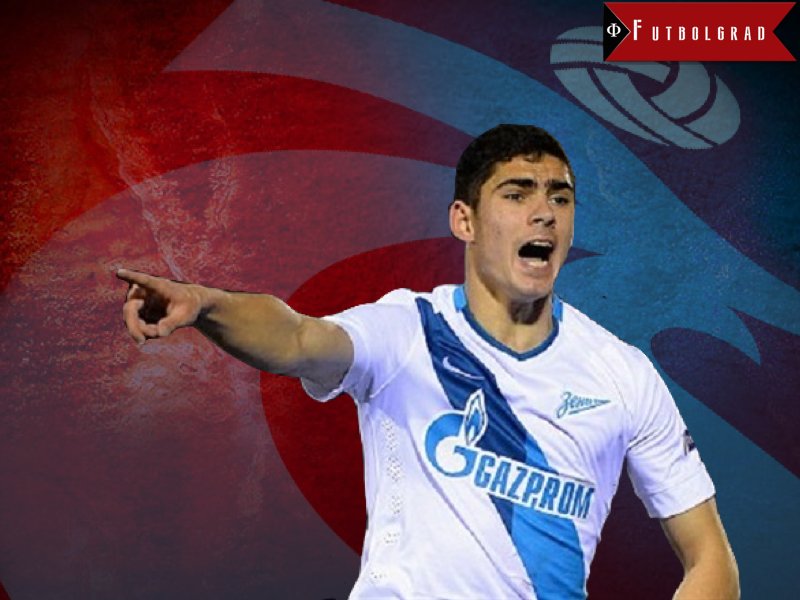 There has been much debate about Russia’s lack of young talented players who could lead the country toward a successful 2018 World Cup. Many have pointed at the 2013 U-17 team that won the UEFA European Championships. One of the players on the squad, who was thought to have a real future in Russian football was the now 20-year-old Ramil Sheydayev.

At almost 190cm, the Saint Petersburg native, Ramil Sheydayev, is an imposing figure and, at a time of false nines and smaller attackers, seems like a striker from a bygone era. Sheydayev, however, has always delivered when playing for various youth levels—he scored 12 goals in eleven U-19 games and eight goals in 12 U-21 games for Russia.

A product of the Zenit Saint Petersburg youth academy, Sheydayev was long understood to be groomed for Zenit’s first team. When playing for Zenit-2 in the 2014-15 Professional Football League (third division), Sheydayev scored 18 goals in 31 games.

Sheydayev Failed to Make an Impression in Tatarstan

Hence, Zenit must have felt that it was time to give Sheydayev some time in the Russian Football Premier League, and the club loaned out the young striker to league rivals Rubin Kazan in the summer of 2015.

In the Republic of Tatarstan, however, Sheydayev failed to make a major impression, and the striker just managed one game while on loan at Rubin during the fall of 2015. 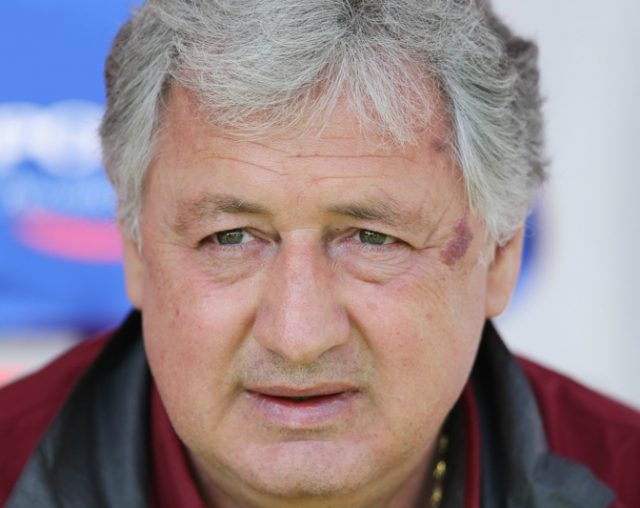 Rubin Kazan’s former manager Rinat Bilyaletdinov, who briefly coached Sheydayev at Rubin before being fired in September 2015, told the Russian paper Sport den’ za dnem in December, that it was unfortunate that Sheydayev couldn’t break into the first team at Rubin.

Bilyaletdinov stated, “Sheydayev is still one of the most promising strikers in the country. It is a pity that we worked so little together in Kazan. I told him that I didn’t bring him in to sit on the bench. But when Ramil arrived at Rubin, I felt that he was not in the right form. But I can see his perspectives and strengths. It is a tough game nowadays, but he understands how to play combinational football.”

Bilyaletdinov: “Ramil has to Rise to Another Level”

Bilyaletdinov believes that, in Russia, strikers are often not given enough time to develop: “Ramil has to rise to another level. If it doesn’t happen, then two years later we forget. No one, for example, remembers Oleg Kozhanov, who was a promising striker with Zenit. But young guys need to be given time to make the next step, otherwise they are always stuck in youth football.”

Indeed, Sheydayev never got off the ground after Bilyaletdinov left Rubin Kazan, and some of that had to do with the fact that the club found itself in a relegation battle. With Rubin fighting for survival, very little attention was paid to younger players and their development, as the club needed results right away.

Hence, as Rubin fired Bilyaletdinov and eventually settled for Valeriy Chaly, who has since been replaced with Javi Gracia, both Sheydayev and Zenit felt that Tatarstan was not the right place for the player’s development after all, and there was no talk about extending his loan when the loan deal with Rubin expired in the winter of 2015.

Sheydayev: “It wasn’t meant to be”

When asked about why he failed to get off the ground at Rubin, Sheydayev told Sports.ru: “I do not even know. I can’t say anything bad happened. I just did not play. That’s all. I don’t know why nobody looked at me, but at the same time I can’t blame anyone either. Perhaps it just wasn’t meant to be.”

With the loan deal concluded, Sheydayev returned to Zenit-2 to conclude the season in the Football National League, where he scored ten goals in 13 matches. At the same time, however, Zenit’s manager André Villas-Boas never bothered to give the tall striker a chance in the first team. 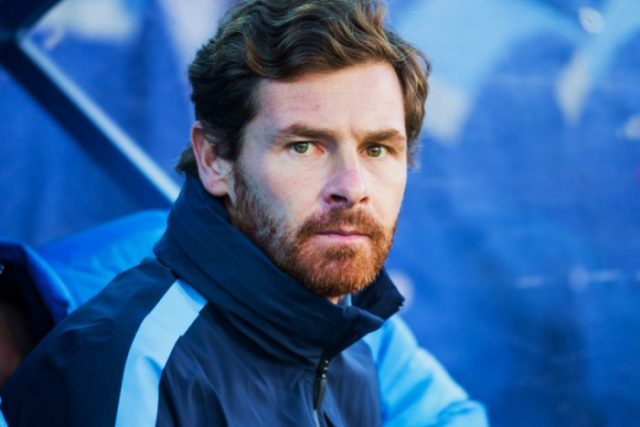 With Artem Dzyuba, Aleksandr Kokorin, and the Brazilian Hulk, Zenit’s offensive was just too strong for Sheydayev to receive any minutes in the first squad. Furthermore, the club was struggling to reach a Champions League spot in the Russian Football Premier League—ultimately the club failed to reach that objective.

With the arrival of the new Romanian coach Mircea Lucescu, the recent suspension of Aleksandr Kokorin, who has been relegated to Zenit-2 for spending €250,000 on champagne in a nightclub in Monaco, and Hulk’s departure to China, there were some who thought that Sheydayev could be given a chance in Zenit’s first team this season—especially given Lucescu’s recent track record with younger players.

Sheydayev is Off to Turkey

Instead, however, Zenit announced on July 5 that Sheydayev was going to leave the club and, just one week later, the young striker signed a contract with the Turkish Süper Lig team Trabzonspor. This was a surprise for many Zenit fans, who felt that the club was giving up on one of their most promising young Russian strikers.

But as one blogger on Sports.ru explained, Sheydayev may have felt that he would not be able to get enough playing time at the club. The blogger might have a point, as Kokorin will eventually return to the first team—furthermore, Aleksandr Kerzhakov has returned from his loan with FC Zürich, and also, Dzyuba will always be the main natural striker up top.

In addition, it seems that Zenit was not very motivated to keep Sheydayev, for they reportedly only paid him 300,000 roubles a month (€4000). In comparison, his Serbian teammate, Vukašin Jovanović, earns €600,000 a year. The lack of playing time and the low pay would explain why Sheydayev was reluctant to renew his contract in Saint Petersburg, and instead looked for a new beginning in Turkey.

It is understood that Trabzonspor have promised him not only a higher salary, but also significantly more playing time.

This last feature potentially could be good news for Russia, as one of their most talented players would not only receive first team exposure, but also would gain experience from playing abroad. Yet Sheydayev may never play for the Sbornaya (as Russia’s national team is often called), as he has expressed a desire to play for Azerbaijan, the country of his father, instead.

Will Sheydayev Play for Azerbaijan?

Again, this decision came as a major shock for Zenit fans, and for Russian football fans in general. Despite the fact that Sheydayev (or in Azerbaijani Ramil Teymur oğlu Şeydayev) was born in Saint Petersburg, it is believed that he has strong patriotic feelings for the homeland of his father. It is also understood that the Association of Football Federations of Azerbaijan (AFFA) has offered Sheydayev a fast track to their first team. 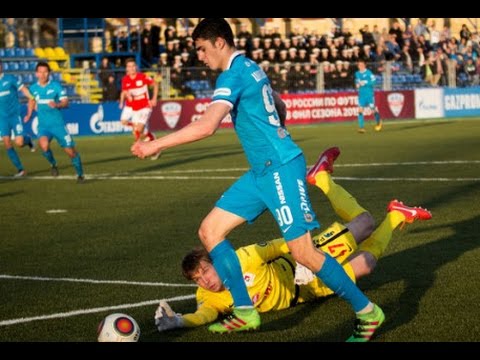 AFFA, however, has stated that Sheydayev, as an Azerbaijani citizen has the full right to choose, which nation he wants to represent at the senior level. According to AFFA, “Ramil Sheydayev is a citizen of Azerbaijan and has expressed his desire to play for the national team of Azerbaijan. As the football federation, we only welcome such a move, and have sent all the documents to FIFA for the respective decision. According to FIFA regulations it is necessary to have an Azerbaijani passport and, a football player has the right to change the national association if he, or his mother, father, or grandparents were born in the country for which he wants to play. His father was born in Baku.”

FIFA has not yet stated whether they will allow Sheydayev to switch national teams, and instead have simply released a statement confirming that they are considering his case.

If successful, Sheydayev’s bid to play for Azerbaijan would be a major blow for the Russian Football Union and its youth development program. It is telling that some foreign players earn more money at Zenit-2, which is after all Zenit’s farm team, than a player who, was born and raised in Saint Petersburg. Likely, he felt that he would have better opportunities playing for Azerbaijan than for Russia.

The example of Sheydayev, therefore, shows that Russia not only needs to foster players in the club academies, but also needs to provide them with an environment in which they can succeed—both at the club and at the national team level. Otherwise Russia will continue to struggle with producing high end players for the Sbornaya.