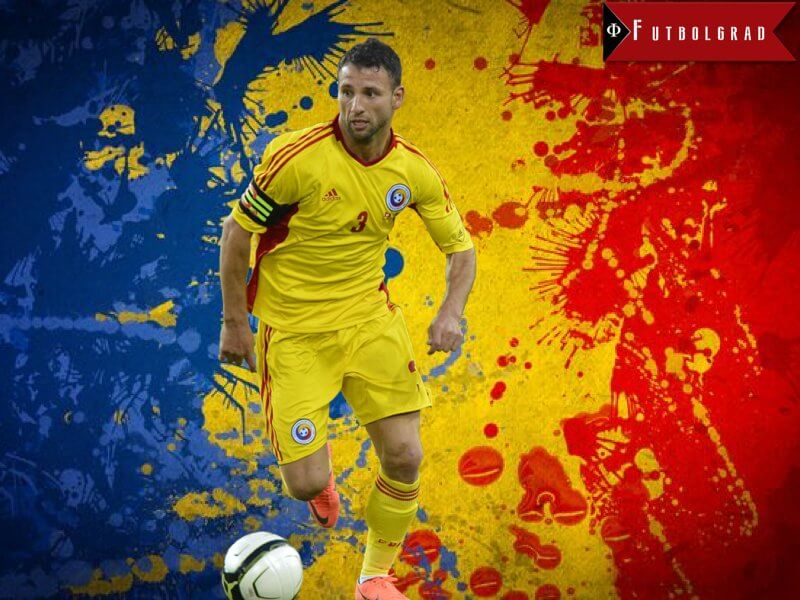 Romania’s 35-year-old defender Răzvan Raț is going to be a key component in a team that will mostly rely on a defence first philosophy during the European Championships in France this summer. Although many experts believe that Raț will not feature in Anghel Iordănescu’s starting eleven during the tournament—for a possible line-up consult the brilliant blog Spielverlargerung.com—the left back’s experience will nonetheless be important if Romania want to emulate the success of past national teams. 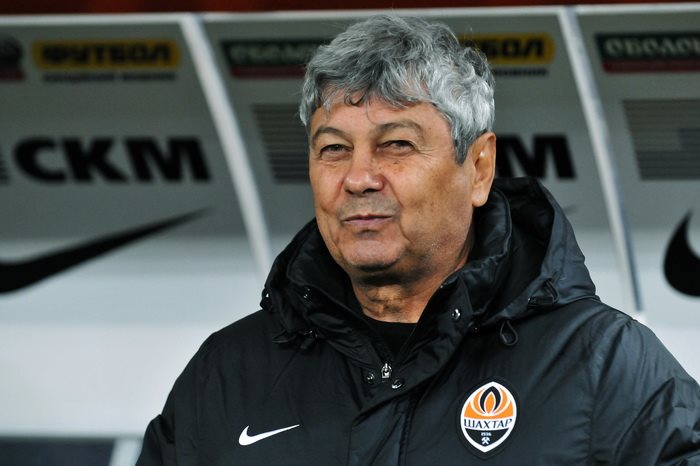 Raț first came to prominence at Rapid Bucharest where none other than the current Zenit Saint Petersburg coach, and Shakhtar Donetsk legend, Mircea Lucescu, discovered him. With a short interruption Raț played at Rapid between 1998 and 2003—he spent the 2000-01 season on loan at FCM Bacău.

In 2003 Raț was signed by Shakhtar Donetsk for €1 million. In the early 2000s Shakhtar was at the beginning of what would become one of the most ambitious football projects in Eastern Europe. Raț’s first coach at the club was the German Bernd Schuster, who was hired by Shakhtar’s owner Rinat Akhmetov to finally get the club into the group stage of the UEFA Champions League.

But Lokomotiv Moscow knocked out Shakhtar in the third round of the qualifiers, and Schuster failed to win the Ukrainian championship. In the summer of 2004 Akhmetov signed Lucescu, which not only reunited Raț with his former mentor, but would also be the beginning of a long and fruitful era at the Ukrainian club.

Lucescu left the Shakhtar for Zenit this summer after twelve years during which he won 22 trophies with the Ukrainians. Raț meanwhile left Shakhtar in 2013 when he signed as a free agent for the English Premier League club West Ham United.

At that point Raț was 31 years old, and it was his last chance to make a move to a club in a major European league. At Shakhtar Raț had helped the club win seven league titles, the UEFA Cup in 2009, and made over 50 appearances in the UEFA Champions League. Raț wouldn’t know it but he would leave at just the right time, as this would also be the last full season the club would play at home in Donetsk. In the winter of 2013-14 the Maidan Revolution started a chain reaction that would eventually lead to the annexation of the Crimea by Russia, and still on-going conflict in the Donbass.

Raț therefore stands for the golden age of Shakhtar Donetsk, an age in which the club fielded an all-star team of Eastern European players and Brazilians, which seemed poised to eventually become the first club from the post-Soviet space to win the UEFA Champions League. 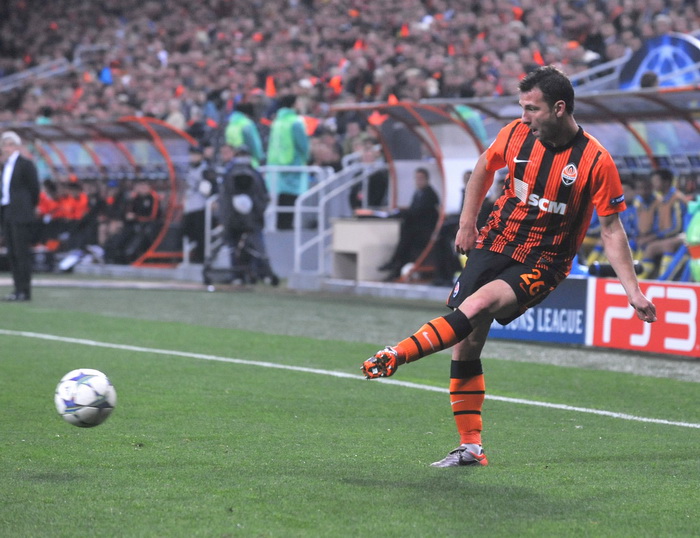 In many ways, however, 2013 marked a watershed moment for Shakhtar Donetsk, as several key players left the club. The Brazilian Willian left for Anzhi Makhachkala in 2013 January transfer window. The Armenian Henrikh Mkhitaryan followed in the summer, as he was sold to Borussia Dortmund. The Brazilian midfielder Fernandinho was then sold to Manchester City. Raț meanwhile moved to West Ham on a free transfer.

The loss of key players, and the fact that Shakhtar were forced into exile has meant that Shakhtar has lost its position as Ukraine’s strongest club to their rival Dynamo Kyiv.

In some ways Raț emulated Shakhtar’s decline, as unlike Mkhitaryan, Willian, and Fernandinho who have all since excelled in the Bundesliga and the Premier League respectively, Raț has struggled in England. Perhaps Raț missed the boat, and made the move to England too late in his career. The 31-year-old struggled with the pace of the English game, but West Ham also didn’t provide the supportive environment that Raț was used to at Shakhtar Donetsk.

West Ham were fighting relegation, and Raț reportedly fell out with West Ham’s manager Sam Allardyce, as the proud Romanian told his manager that he was embarrassed to play for a club that always lost. At the same time Raț told the fans that his contract would end once the club was relegated, and that he was happy to move on.

It then emerged that Raț also had a clause that would see his contract automatically extended if he played 60% of the club’s games. By January he was getting close to the clause, and at £30,000 a week West Ham simply could not afford to retain a 31-year-old left back, whose commitment to the club was questioned by the fans.

Now a free agent Raț signed for the Spanish La Liga club Rayo Vallecano. Rayo, like West Ham, were fighting against relegation. But this time Raț seemed to have no qualms about joining a club that was in the fight for survival. With Raț in the squad Rayo achieved just that, as the club managed to stay in La Liga.

With his mission accomplished Raț was on the move again and joined the Thessaloniki based club PAOK FC. The club, which is owned by the Russian oligarch Ivan Savvidis, however, failed to challenge for the title. Meanwhile football increasingly became a sideshow to the political problems of the country. In this environment Raț decided to return to a European top league and moved back to Rayo Vallecano, who signed him on a two-year deal.

His return to Rayo, however, would end in disappointment as the small club from Madrid was relegated to the Segunda Division at the end of the season.

The country finished second in the UEFA Euro 2016 Qualification Group F behind Northern Ireland, which meant that the country would qualify directly for the Euros in France. But in truth Romania qualified out of one of the easiest groups of the qualifiers—the other members of the Group were the Faroe Islands, Greece, Hungary, and Finland.

As a result Romania has been very realistic about its chances at the European Championships. After the 5-1 win against Georgia, Iordănescu pointed out that Romania struggled during set pieces, and that his team’s defensive approach was still lacking. “We shouldn’t have these problems, this is not normal. In France we will meet bigger, and better teams. We will have problems, but we will work on them,” Iordănescu explained.

Here Raț will be a major component, as it is expected that the experienced left-back will be the team’s leader, even if he is not on the pitch. With 111 caps Raț is the most experienced player on the squad, and also acts as the team’s captain.

For Raț the tournament could be the last major stage in his career. Drawn into Group A alongside Switzerland, Albania, and hosts France, Romania have been drawn into a tough group. It is widely expected that France will finish first out of the group, and that Switzerland will follow the hosts in second place. On paper Romania still have to hope to be among the four best third-placed finishers. But Iordănescu’s defence first approach will make Romania a tough opponent for any team in the group, and with the help of Raț the country could indeed make it into the knockout stages.