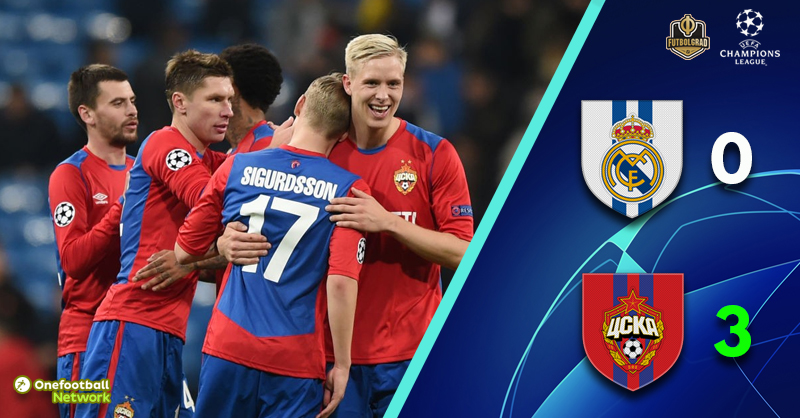 CSKA dismantle Real Madrid but are out of Europe nonetheless

Real Madrid v CSKA saw the Spanish side field a highly experimental side as progress was assured for them ahead of kickoff. The Red Army side made good use of Santiago Solari’s rotation dismantling Real in an impressive performance at the Bernabeu but are out nonetheless after Viktoria Plzen defeated Roma in the Czech Republic.

Regardless of what was at stake for CSKA the game almost had a friendly-game atmosphere to it in the opening 15 minutes. In fact, it took either side until the 14′ minute for either side to get a serious look at goal with Marco Asensio testing Igor Akinfeev with a shot from outside the box.

Real were very much in charge. Breaking forward in the 24′ minute after a CSKA attack Vinicius Junior broke into the box on the left, skipped past his defender and then unleashed a shot from a tight angle, Akinfeev had to be quick off his feet to keep that one down but the danger was not over there as the ball landed at Asensio’s feet his shot, however, hit the crossbar.

Asensio then had the next chance of the game in the 29′ minute. Playing the ball around the CSKA box Asensio was given to much room on the edge of the box and Akinfeev had to do well to tip the ball over the crossbar. On that ensuing corner, Karim Benzema unleashed a volley that was blocked by Rodrigo Becão at the last moment. Asensio then should have scored in the 30′ minute but going one-v-one with Akinfeev the shot was placed straight at the Russian goalkeeper.

Against all the odds CSKA took the lead, however. Almost unopposed Arnor Sigurdsson dribbled through Real’s midfield in the 38′ minute and then at the edge of the box laid the ball off to Fedor Chalov, the striker stopped the ball and curled the ball past Thibaut Courtois to make it 1-0 for the visitors. CSKA were not done there. Just a few minutes later in the 42′ minute, they had doubled the lead. Mario Fernandes forced a save from Courtois after breaking into the box from the right the ball landed at Georgi Shchennikov’s feet and the winger sent the ball across the line.

Could Real find a way back in? The Spaniards were certainly trying. In the 54′ minute, Vinicius once again broke forward, once again given to much space on the left the Brazilian crossed the ball to Isco but the Spaniard’s shot was blocked by Shchennikov at the last moment.

CSKA got the queue. Letting Real boss much of the possession the Russians sat deep trying to absorb the pressure. Nonetheless, Real were able to produce chances. In the 72′ minute, Akinfeev had to be on guard after a long shot from Jesus Vallejo was wickedly deflected by Shchennikov but the former national team goalkeeper made the stop.

Instead, Sigurdsson made it 3-0 for CSKA. In the 74′ minute, Nikola Vlasic took the ball off the foot of his teammate Chalov inside Real’s penalty box, passed the ball back to the Icelandic striker whose low drive beat Courtois. CSKA were now dominant and never allowed Real Madrid back into the match. Unfortunately, for the Russians, however, word came in that Viktoria Plzen was also upsetting the apple-cart in the Czech Republic eliminating CSKA from European competitions.

Arnor Sigurdsson was the man of the match. The striker scored one goal but more importantly bossed the attacking midfield behind number nine Fedor Chalov. The Icelandic national team player completed 84.6% of his 22 passes, played one key pass that led to Chalov’s opener and also won seven of his 15 duels. 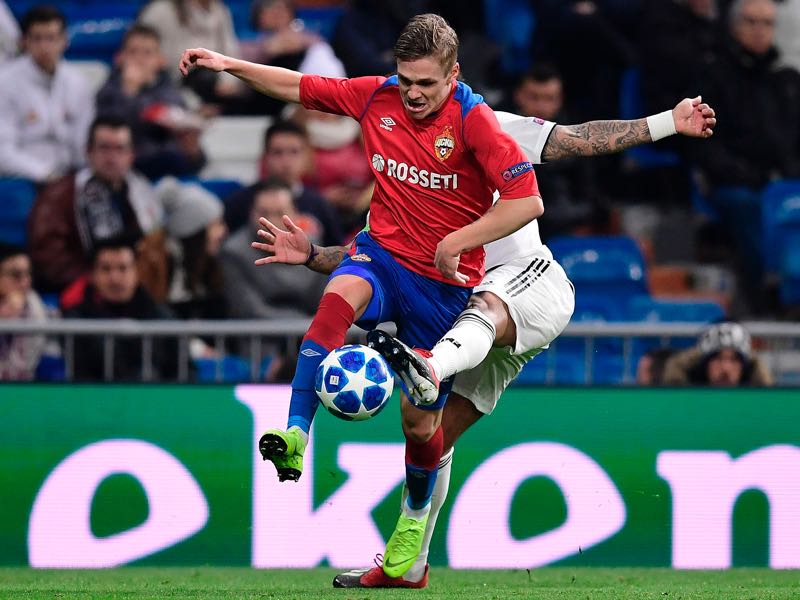 CSKA Moscow once again make history in Spain. The Red Army side famously overcame Barcelona in 1992 to advance to the group stage of the 1992/93 Champions League and tonight they can now add a fantastic victory over Champions League record winners Real Madrid to their collection. It would have been an even better story had it been enough to reach third place in the group. However, Plzen sensationally beat Roma at home, which means that this famous result in Spain, as well as the home win against Real on matchday 2, was not enough to get CSKA through to the next round. In the end, CSKA will rue the 2-1 home defeat to Viktoria Plzen on matchday 5.