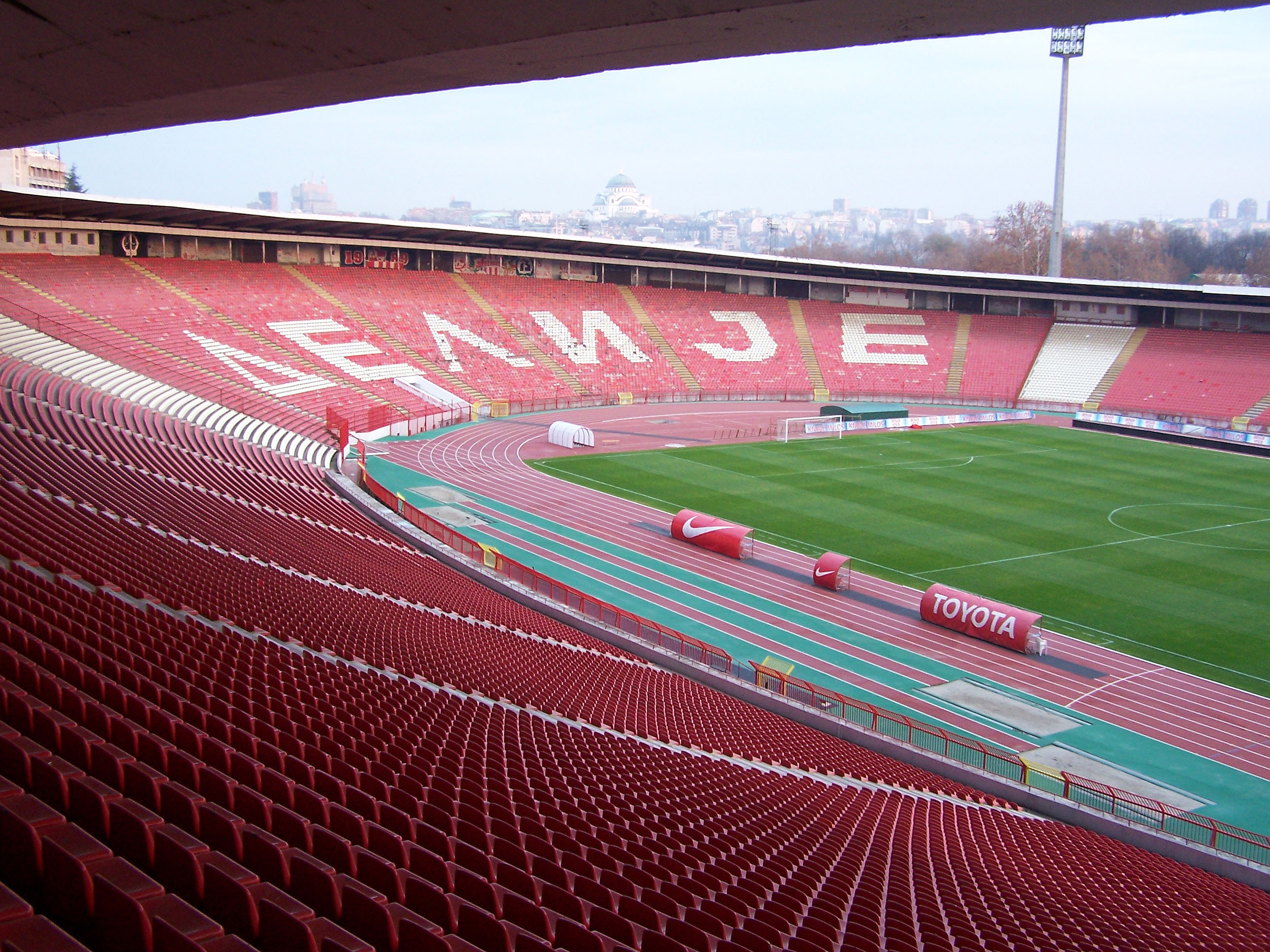 They are the only Serbian club to have been crowned the European champions, and still remain the only side from Eastern Europe to have won the Intercontinental Cup—but the glorious past of Red Star Belgrade is being overshadowed by questionable practices in its upcoming election.

FK Red Star Belgrade (Crvena Zvezda Beograd) are the people’s club. Founded in February 1945 by a group of young men who were members of the Serbian United Antifascist Youth League (Ujedinjeni savez antifašističke omladine Srbije), a poll conducted in 2008 determined that Red Star remains to date the most popular football club in Serbia with almost half of the population supporting them.

Red Star’s popularity stems from the fact that the club was accepted as a symbol of freedom and victory over its fascist regime. The former European Cup (now known as the UEFA Champions League) and International Cup winners of 1991 have a strong rivalry with the former army club Partizan Belgrade, which are the current champions of Serbia and compete in the Europa League this season. Despite some poor results in recent years, Red Star still revel in their glorious past, seemingly unaware of their present-day troubles.

Their total of 50 domestic trophies makes Red Star the most successful football club in former Yugoslavia, but their record in recent years has not been particularly impressive. Red Star have won only two league titles—2004 and 2007 (in the Serbian SuperLiga [Super liga Srbije] which was formed after the secession of Montenegro in 2006)—the Red and Whites or Crveno-beli as they are called in Serbia have since trailed behind Partizan and have battled severe problems on and off the pitch. 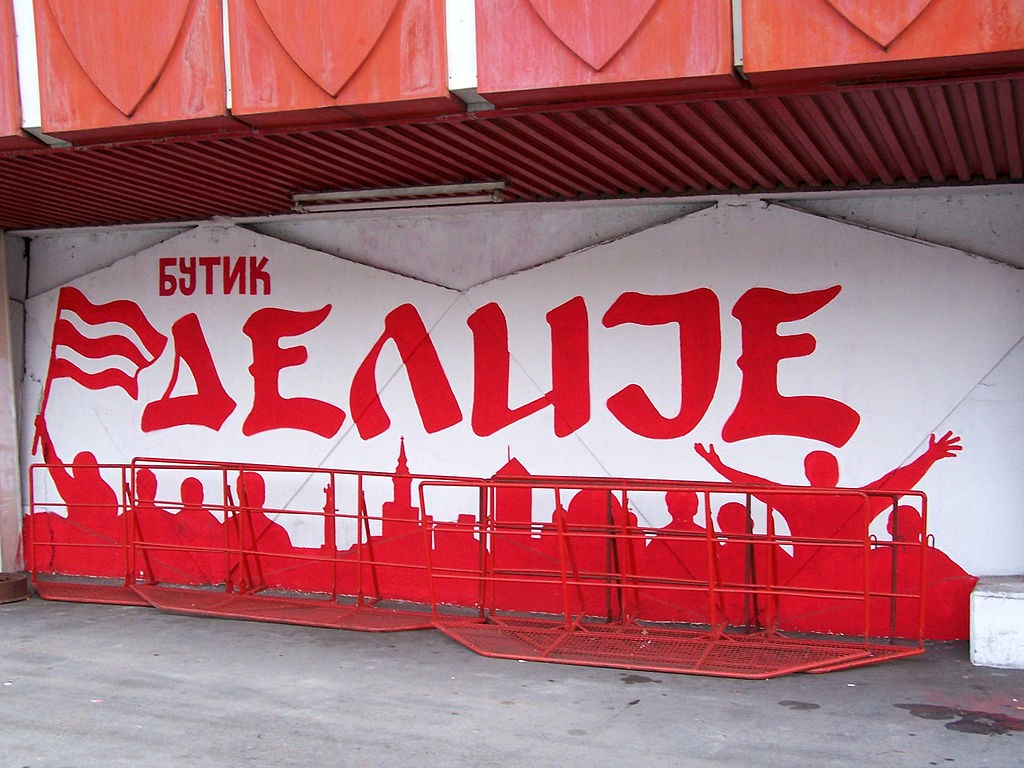 The Delije are optimistic for this season – Image via wikimedia

The fans are optimistic, however, and hope that the current season will bring them the joy that would come with competing in UEFA Champions League football for the first time since their illustrious 1991-92 season. Red Star have a 12-point cushion ahead of their eternal rivals Partizan Belgrade and are placed at the top of the league standings. With former Amkar Perm, FC Moscow, Dynamo Moscow, Rostov and Lokomotiv Moscow manager Miodrag Božović at helm, the on-pitch problems seem solved. One major issue, however, remains unresolved.

During their 70 years of existence Red Star have so far been ruled by 24 presidents—seven have presided in last ten years, and the last in line, Svetozar Mijailović, took the reins in 2014. The last decade has been considered the darkest period in club’s history by fans and pundits alike. Lack of sporting success aside, during this period Red Star have seen huge financial troubles which culminated with a UEFA Champions League ban in 2014 when the club had failed to pay their debts on time. High wages, contract promises that could not be fulfilled, and a lack of transfer income, have so far contributed to the accumulation of an overwhelming €41,143,000 debt. 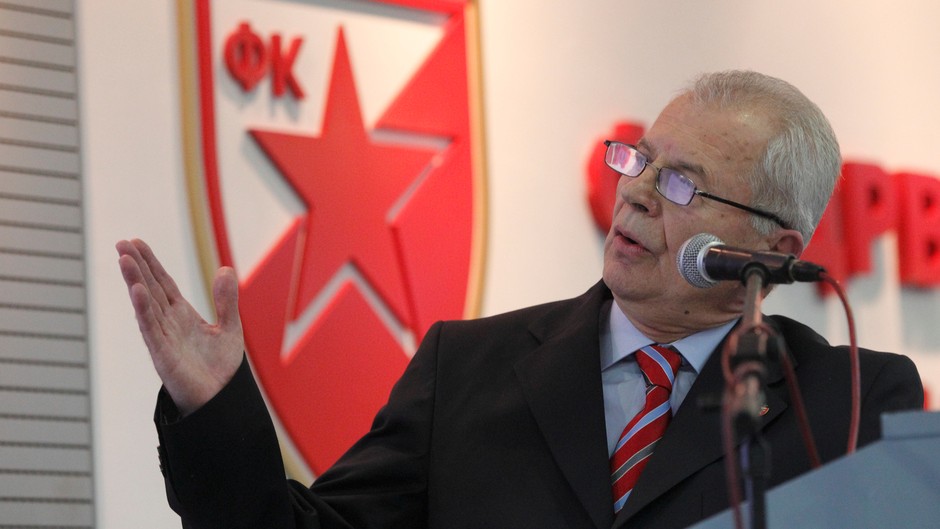 Burdened with money issues and relying on the help from Gazprom, their one and only sponsor, Red Star have made a slow start to the season. The fans spoke up and demanded that the current management step down. Most members of the board submitted their resignations in August, and so did the club’s General Manager, the infamous Zvezdan Terzić, who was wanted by Interpol in 2008 when he fled Serbia after accusations emerged that he had embezzled 1.1 million Deutsch Marks from the transfer of Vanja Grubač to German side Hamburger SV during his time at OFK Beograd. With the still unresolved case against him swept under the carpet, Zvezdan Terzić came to his beloved Red Star promising to bring financial stability. When the fans turned against him, he submitted his resignation stating that he wanted to respect the choice of the fans.

The club then decided to announce a general election that is, or better said, was to be held, on October 11. There followed conflicting claims in the media, and one suggested that the elections were against the bylaw which stipulates that the club has the right to choose a new president and management only when the current president is not able to fulfil his duties or if he is dismissed. With the aforementioned Svetozar Mijailović one of the few members of the management who hadn’t submitted a resignation back in August, the call for elections may have been illegal.

President Mijailović and GM Zvezdan Terzić claim that no legal stipulations have been breached and that only reason why the elections will be postponed is because no candidates had the courage to come forward and submit their bids before the midnight October 6 deadline.

One of the possible presidential candidates who thought about running was Nebojša Čović, president of the Basketball Club Red Star Telekom, an outstanding member of the Red-and-White family. Čović stabilized the basketball club and was seen as the perfect candidate to do the same with the football club, but he chose not to run for president after he saw deficiencies in the election process. He even called it a staged farce that he refused to take part in.

Red Star fans had another favourite. It was Dragan Džajić, the club legend, and one of the best Serbian footballers in history. It would have been his third time in the presidential chair. His first mandate began in 1998 and lasted until 2004 when he resigned due to health issues. Like Zvezdan Terzić, Džajić himself was charged for fraud and faced trial in 2011 for the embezzlement of funds from Nemanja Vidić’s transfer to Spartak Moscow in 2004. Serbian president Tomislav Nikolić signed an exemption from criminal liability in 2012 and Džajić was cleared of all charges. He returned to Red Star in the same year when he began his second term, which lasted until 2014. Džajić had the support of the fans to run again, but he opted not to test his luck for the third time. 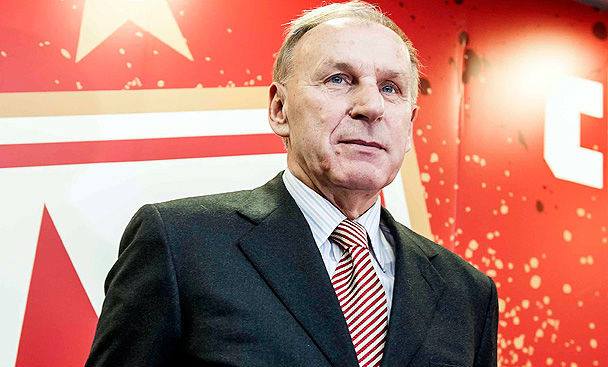 Could Dragan Džajić return? – Image via the Author

The election farce at Red Star is nearing its completion. Reigning management, led by Svetozar Mijailović and Zvezdan Terzić, (as the General Manager—his resignation will be rescinded), will carry on with their duties until the new elections are announced.

No questions will be asked as long as Miodrag Božović’s team continues to perform well and keeps a safe distance ahead of Partizan. Because making long-term sustainable plans are not in the Serbian mind-set, the club will move one step at a time.