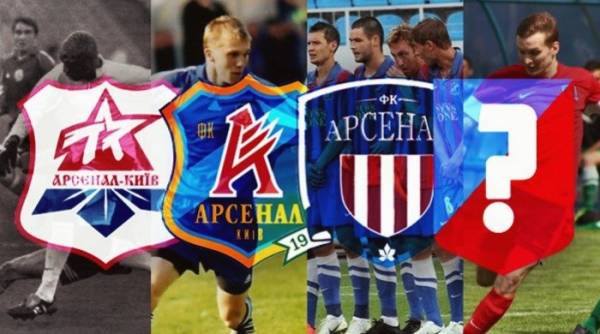 After having gone bankrupt a year ago Arsenal Kiev appear to be making a comeback in Ukrainian professional football. As the club has stated on their official homepage, members of the board, including their sporting director Ruslan Ermolenko, participated in a meeting of the Football Federation of Ukraine on December 23.

The meeting included a seminar on the licencing requirements of Ukraine’s Second League (third division), and is a mandatory session for members of clubs who are interested in registering for Ukraine’s lowest professional league.

Arsenal president Alexei Kikireshko, a rally driver and businessman, who has led the phoenix club since bankruptcy, stated that the club have now won everything at the city level, where they have been playing since last winter, winning won both the Kiev city championship as well as the Kiev Cup.

This meeting is thus the first step in bringing Kiev’s second club back from the ashes and returning the club to Ukrainian professional football. In the past the club have been victim of political intrigue and questionable ownership. However, since bankruptcy the club have worked hard to create a new image by changing both their logo and marketing strategy.

In addition, the club have maintained their youth football schools, and have made it part of their football philosophy to become the centre for youth development in Kiev. Now, Arsenal Kiev want to cement their now foundations by focusing on developing local players rather than buying from abroad.

Built from the grassroots level, with a robust youth policy, and without a trigger-happy oligarch, Arsenal Kiev could perhaps develop into Kiev’s alternative club, and represent a refreshing example in Ukrainian professional football that is now so heavily indentured to the political ambitious of whimsical oligarchs.