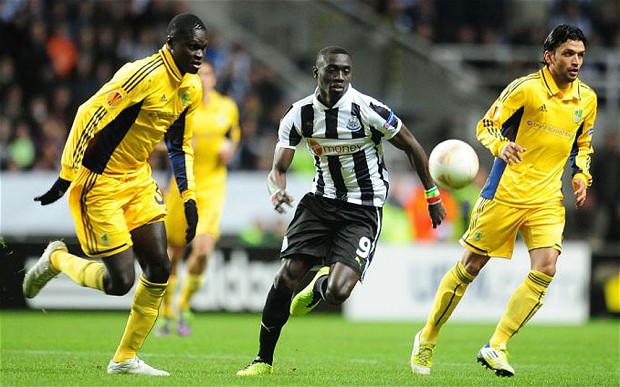 The Return of the King – Yaroslavsky and Metallist Kharkiv

The King is dead, long live the King! This may very well hold true for the ownership of Metallist Kharkiv, when their long-term owner Oleksandr Yaroslavsky sold the club under mysterious circumstances.

In December 2012, Serhiy Kurchenko purchased Metallist. Kurchenko, at the time, was the owner of gas company Gaz Ukrainia and was regarded by some as a somewhat mysterious figure (and a billionaire at the tender age of 27, no less). Speculation however was rife that the club were merely to serve as the front for questionable business activities that involved the former Ukrainian president Viktor Yanukovich.

Shortly after the takeover of Metallist Kharkiv Gas Ukraine became rebranded as VETEK and the new ownership group made hot-air promises to fans, and the municipal authorities, who owned part of the stadium.

“I don’t want to look at Donetsk Shakhtar and Dynamo Kyiv’s back; I don’t want to celebrate the bronze medal in the Ukrainian Cup every year. I want to hear the Champions League anthem at our stadium. Our goal is to win the championship within three years and to bring a European trophy to Kharkiv within five.”

Two years later the club had neither reached the group stages of the Champions League nor won any silverware. Kurchenko’s close relationship with the former Yanukovich regime also meant that he was forced to flee the country after the 2014 Ukrainian revolution, which led to the disposal of Viktor Yanukovich and his cronies.

As a result, many of Kurchenko’s assets have now been frozen due to sanctions imposed by the West and by the new Ukrainian government, or sold to other companies. Kurchenko and VETEK’s demise have also had a deep impact on the fortunes of Metallist Kharkiv, with the club having seen many of their top players depart.

The teams ambitions, however, may receive a new boost in the form of the former owner Oleksandr Yaroslavsky. This week Yaroslavsky stated to tribuna.com that he would be interested to buy back his former team. “My heart aches for the team, I have not made a formal offer yet but I am ready for dialogue.”

With Kurchenko possibly forced to relinquish control of the club Yaroslavsky may well return to the helm of his former club without having to spend any cash at all. And with Yaroslavsky back in control Metallist hope it will herald a return of their ambitions of becoming a true force in Ukrainian football.