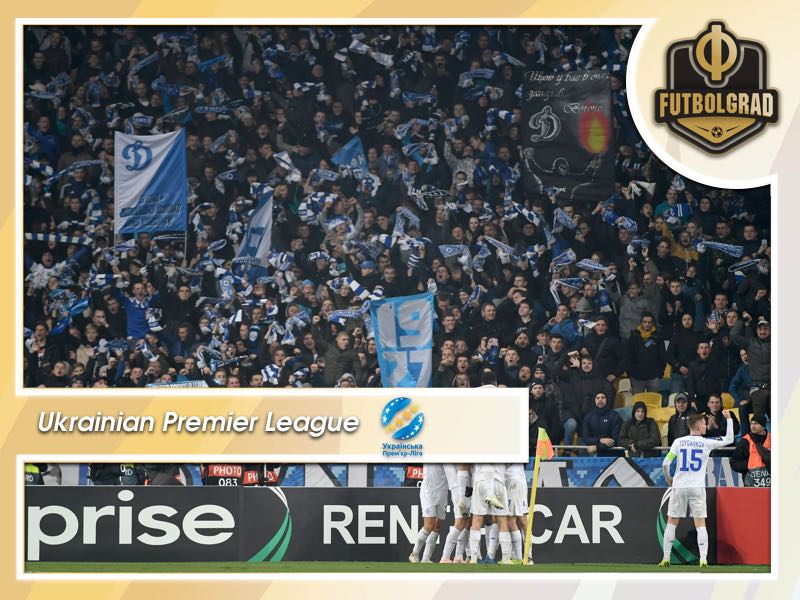 Time for a revolution – Ukrainian Premier League to return to 16 team format?

Almost exactly five years ago the Maidan Protests erupted in Ukraine’s capital Kyiv. The protests turned into a revolution and would see President Viktor Yanukovych swept from office, Russia annexe the Crimea and armed conflict in the Donbass, which ultimately impacted the makeup of the Ukrainian Premier League.

Football and politics have always been deeply intertwined in Ukraine. In many ways, the Ukrainian Premier League reflected the popular television series Game of Thrones with different clubs all over the country representing different political elites. Those political elites, however, were deeply impacted by the conflict.

As a result, Dnipro were repeatedly deducted points and ultimately relegated and refounded after suffering financial collapse. Dnipro’s collapse, however, was the final link in a chain of clubs that went bankrupt. Like a house of cards, Kolomoyskyi financed several clubs in Ukrainian football that one after the other went bankrupt since the beginning of the Maidan Protests and Russian interference on the Crimea and the Donbass.

The collapse of Dnipro was preceded by the bankruptcy of other clubs that were associated with Ihor Kolomyskyi. Arsenal Kyiv were gone at the end of the 2013/14 season, and Volyn Lutsk followed at the end of the 2015/16 season. Furthermore, clubs that more or less acted as farm teams for Dynamo Kyiv (Hoverla) and Shakhtar (Metalurh Donetsk) also started to struggle.

Conflict, revolution and economic problems caused the collapse of the league

The conflict in Eastern Ukraine the devaluation put additional strain on clubs. Furthermore, the involvement by some owners in the Viktor Yanukovych regime also hurt clubs. The most famous example is that of Metalist Kharkiv. One of Ukraine’s most storied clubs declared bankruptcy in 2016 and was dissolved.

The club had been owned since 2012 by the relative unknown Serhiy Kurchenko, who bought the club from beloved owner Oleksandr Yaroslavsky. Kurchenko was the owner of the gas company VETEK, but the background of the gas company were questionable at most. When Yanukovich fled Ukraine for Russia Kurchenko also run and by 2016 Metalist were bankrupt.

As part of the reduction, the league is now split after each club has each other played twice into a championship round and relegation round. The clubs are drawn into the relegation round, and the championship round will play each other twice again to determine the three relegated teams, the champion and the teams that represent Ukraine in international competitions.

It is somewhat of a messy process and fans as well as pundits have since called for a revolution to increase the league to either 14 teams or 16 teams and end the split of the division halfway through the season. The Futbolgrad Network reported in April that the league could be close to re-expand to 16 teams.

“It is noted that Shakhtar, which is the only major club opposed to the expansion, do not have enough votes on the league board to prevent it, and the Football Federation of Ukraine will not go into open conflict against the majority of championship clubs, and not take the side of the Donetsk club,” Andreyuk told the television station this week.

The league revolution plans are largely driven by league President Thomas Grimm, a Swiss lawyer, who has previously worked with the Ukrainian national team. He told Ukrainian media in April that he wanted the league to return to a 16-team format.

“How do I see the UPL in two years? One of the tasks is geographical. We have to expand to 16 clubs and return to the big cities”, deputy president Markiyan Klyuchkovsky told sport.ua. “Dnipro, Kryvyi Rih, Lutsk and Uzhgorod. They are not just cities without football but also markets the UPL is not monetising,” Klyuchkovsky added.

The question, however, is, are those markets ready to return to big football? Our analysis in April showed that there were still plenty of question marks among the clubs that have been since refounded in places like Kharkiv and Dnipro.

Thomas Grimm, however, has been heavily criticised by Ukrainian fans. The President earns about €20,000 a month according to TaToTake but only travels to Ukraine every three weeks to spend three days in the country.

It is, therefore, no surprise that fans are somewhat questioning the reform. Ukrainian football expert Peter Chymera said on Twitter: “Would be a massive improvement on the current format which is awful. But need guarantees that the teams that start the competition will end it. Because a 16 team comp which ends with 13 teams is in nobodies interest.”

Chymera is right. The current league system is unlikely to support 16 clubs in the top division on top of a healthy football pyramid. It would explain why Shakhtar are against this league revolution.

The club, currently in exile from its hometown, already sees 90% of its games played against competition that cannot keep up with a club that regularly competes in the Champions League. Further expansion will not increase the marketability of the league but only include further teams that are only borderline competitive.