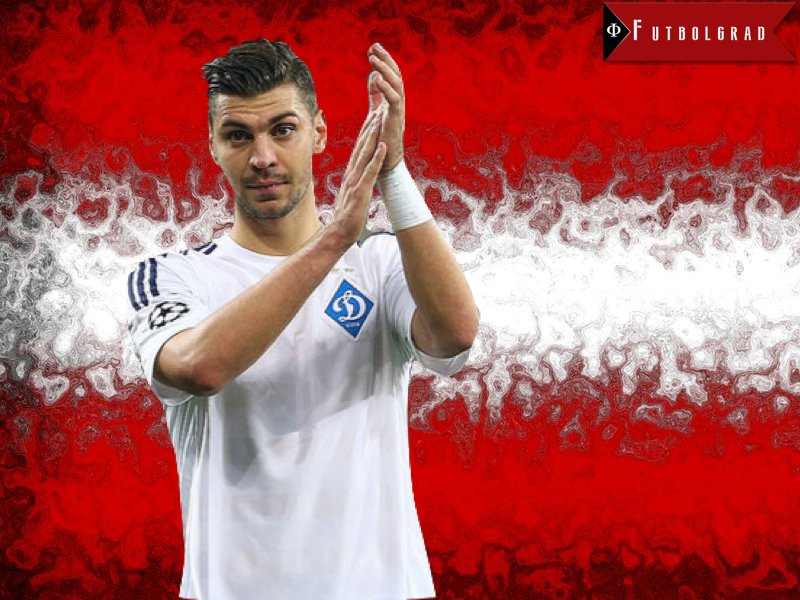 It has been a good season so far for the Austrian national team defender, Aleksandar Dragović. His club team Dynamo Kyiv managed to defend the Ukrainian Premier League title, and in the Champions League he helped his club, Dynamo, advance to the round of 16 for the first time since 1999.

Indeed, at Dynamo Kyiv, Dragović has become part of a squad that has already been compared to Dynamo’s last golden generation that was centred on star striker Andriy Shevchenko. Dragović, along with fellow defender Yevhen Khacheridi, and star winger Andriy Yarmolenko, is very much a star of the present-day edition. The current crop of Dynamo players could indeed become a force to reckon with in European football.

But market dynamics mean that Dynamo will most likely have to replace at least one or two, if not all of their star players after the summer transfer window shuts down in Western Europe.

Dragović appears to be the first candidate to leave the club, as he had been repeatedly linked with a move to Germany. He was first rumoured to move to Borussia Dortmund, who viewed him as one of the possible candidates to replace former Borussia captain Mats Hummels—he was sold to Bayern Munich for €35 million.

Dortmund, however, seems to have found their replacement in Barcelona, as the club has signed Marc Bartra. Furthermore, Dortmund also seems to be interested in signing Bayer Leverkusen’s defender Ömer Toprak. It was therefore no surprise when on June 7 transfermarkt.de reported that Dragović was heading to Bayer Leverkusen.

Regardless, whether or not the transfer goes through, a move to Germany will be the logical next step for the Austrian whose parents are originally from Serbia and who has followed a clear career path since first emerging, as a highly talented defender at Austria Vienna.

At the Violets, as Austria is often called due to the colour of their home shirts, Dragović broke into the first squad in the 2008-09 Austrian Bundesliga season. Aged just 17, the defender became an important part of the Violets’ defence, and on June 6 2009 he made his debut for the Austrian national team against Serbia—the country of his parents. 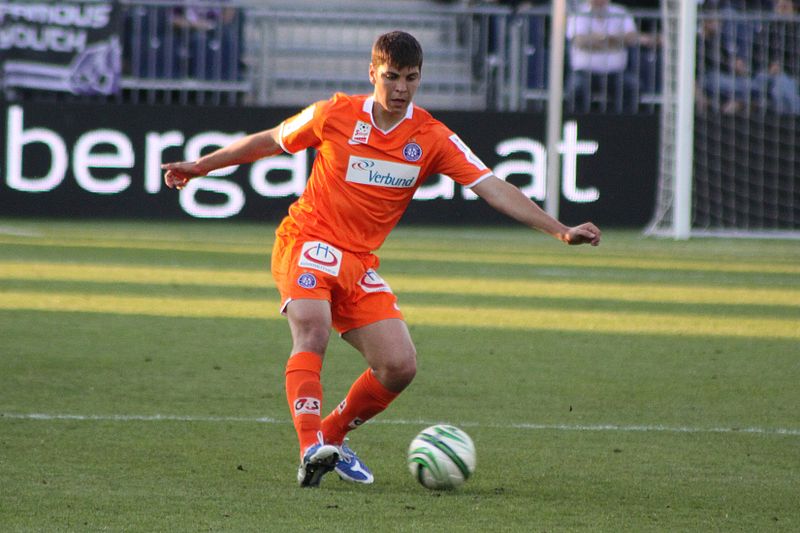 Aleksandar Dragović on the ball for Austria Vienna – Image by Steindy

But the Austrian Bundesliga soon became to small for the 185cm tall defender and, during the winter break of the 2010-11 season, Dragović moved to Switzerland where he joined FC Basel for €3 million. Basel was certainly an interesting choice for a defender who could have also moved to one of the bigger leagues right away.

In July 2015, Dragović told the Kleine Zeitung, “Cities and the league were not important at this point, the most important part was the fact that I was able to play.” At Basel, Dragović was not only guaranteed regular football on the domestic level, but was also assured regular appearances in the UEFA Champions League.

The fact that Basel’s business model is based on developing players in order to sell them at a profit to another club was also beneficial for the player. With Basel, Dragović won three Swiss championships as well as the Swiss cup. He was also part of the Basel squad that shocked Manchester United in the group stage of the UEFA Champions League when the Swiss managed a 3-3 draw in Manchester, and then subsequently beat United at St. Jakob-Park, which meant that Basel, and not United, advanced to the round of 16.

Dragović: “The Most Important Aspect is That I Play”

Along with several other Basel players, bigger clubs in Europe targeted Dragović. But in the end it was Dynamo Kyiv, who managed to land the signature of the Austrian defender. Dynamo, managed by Oleh Blokhin at the time, was trying desperately to regain their position as the biggest club in Ukrainian football. Since the early 2000s Shakhtar Donetsk had passed the club from the Ukrainian capital, and firmly established itself, as the country’s strongest club.

Indeed, at the time, the club was even in danger of losing its spot as the country’s number two, as ambitious football projects in the form of Metalist Kharkiv, and Dnipro Dnipropetrovsk were threatening to outmuscle the club. 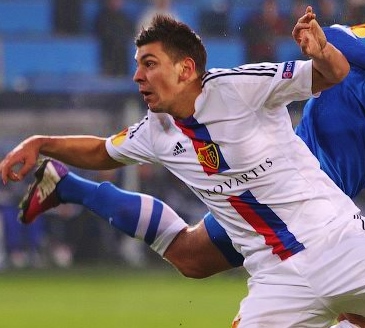 Dynamo Kyiv paid €9 million for Dragović in July 2013, but the first season under Blokhin ended in a disaster. Charged with returning the club to its former glory, the coach revealed that he was not up to the task of coaching a squad filled with highly talented players. Indeed, Blokhin often seemed overwhelmed by the task at the club. Living in Kyiv at the time, there was a sense that the club was slowly losing its position, as the all-Ukrainian team. Fans would often protest against Blokhin and the clubs owners, the Surkis Brothers Ihor and Hryhoriy.

At the time Dragović also stated that the squad was deeply affected by the events that took place at the Euromaidan protests. In February 2014, he told the Austrian media, “It was not easy to focus on the job. We all were aware of what was going on in downtown Kyiv. When people die, everything else becomes secondary.”

Blokhin was fired by the club on April 17, and replaced by the former club legend Serhiy Rebrov. Rebrov, however, just managed a fourth place finish at the end of the season. In a sense Dragović was part of a squad that made history, however, as the fourth place marked Dynamo’s lowest finish in the Ukrainian Premier League.

Reborn Managed to Unleash the Beast

Rebrov, however, transformed the squad, and all of a sudden this talented group of players became the best team in the league. Dynamo Kyiv went unbeaten throughout the season, winning 20 games and tying six. The defence centred on Dragović and Khacheridi only conceded 12 goals in 26 games. Dynamo was back where it belonged, and Dragović became one of the most sought after defenders in European football.

Dynamo’s strong 2014-15 season was followed with another strong year, both at home and abroad. The club didn’t manage to stay invincible, but Dragović and Khacheridi once again proved to be rocks in defence, as the club conceded just eleven goals in 26 matches.

Indeed Khacheridi and Dragović are a ruthless pair in Dynamo’s defence, as both players are considered strong on and off the ball. Neither are afraid to go were it hurts and, while Khacheridi at times appears to lose his head—an area he hugely improved in recent years—Dragović seems the calmer of the two. His positional play is often sensational and, therefore, he is almost never caught in a position where he will have to tackle to get the ball.

Some consider Dragović’s opening passes a weakness, but at Dynamo he could often be found to play a long quick ball up front, not unlike Mats Hummels did for Dortmund.

Furthermore, Dragović’s performances for Dynamo were underlined by his play for the national team. Austria’s national team went undefeated in the qualification stage for the 2016 European Championships, as the country won nine games, tied once, and was only scored on five times in ten matches. Indeed, Dragović might be part of a golden generation at Austria as well, as the country’s current squad includes several highly talented players including Bayern Munich’s superstar David Alaba. Dragović along with the Bayern Munich player are two of the leaders in the young Austria squad.

With this in mind, it is therefore no surprise that clubs from Western Europe have started to express interest in signing Dragović. In many ways Dragović could move anywhere, as a player of his calibre will be sought after in Spain, England, and Germany. Aged just 25, a move to Bayer Leverkusen, a team that not only regularly plays in the Champions League, but is also is recognized as club that will make younger players better by guaranteeing them playing time in both domestic and international competitions, will be the logical next step for the Austrian.