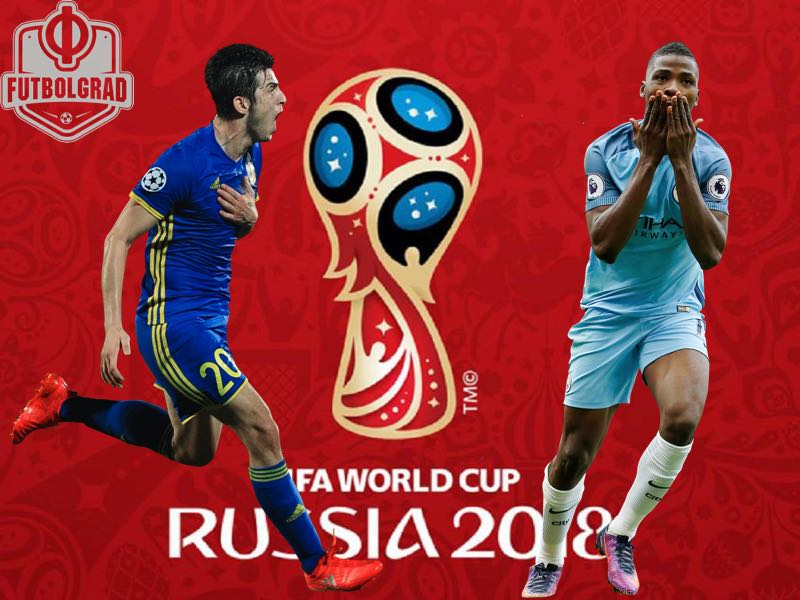 We now know the 32 teams who will compete at the 2018 FIFA World Cup in Russia and, when the group draw is made on December 1, in Moscow, it will be without traditionally powerful nations such as Italy and the Netherlands, both of whom failed to qualify, much to the frustration of their fans. The Futbolgrad Network has already taken a look at eleven players who will miss out on the World Cup next summer, in a list packed with world-class stars who are household names. Now, we take a look at eleven rising talents who were relatively unknown when the last World Cup was held in Brazil or who are starting to make great strides early in their careers, and worth following carefully. These eleven rising talents are players who could really make global names for themselves if they get the opportunity to shine during the world’s most prestigious football competition next summer.

Eleven Rising Talents to Watch at the 2018 FIFA World Cup

For many decades, the goalkeeping jersey of England was considered the easiest to fill, with legendary shot-stoppers such as Gordon Banks, Peter Shilton, or David Seaman, all considered unbeatable choices for their side. What followed was a long drought where the English national team goalkeeping position became the source for many jokes abroad. Joe Hart boasts an impressive 75 caps for the national team, but his form in recent years has been questionable at the best of times, leading to opportunities for others. Amongst them could be Nick Pope, who has been in stellar Premier League form this season for Burnley, but has yet to make his international debut. However, Oddschecker have highlighted betting trends backing 20/1 longshot Pope, with fans preferring him ahead of all the current favourite goalkeeping choices, amidst a growing wave of calls for the 25-year-old to be given his chance.

Part of the ‘Golden Generation’ of players coming through for the national team, Veljković helped his country to win the 2013 UEFA European Under-19 Championship in 2013, then the FIFA Under-20 World Cup. After struggling early in his career in England with Tottenham Hotspur, then during loan spells with Middlesbrough and Charlton Athletic, his escape came with a move to Germany and Werder Bremen. Making his Bundesliga breakthrough in the first team last season, Veljković has produced solid and consistent displays at centre-back and, continuing to impress this season, earned his full international debut in November with Serbia.

As a youngster, Davinson Sánchez struggled as a midfielder with a brash personality, before joining the youth system of Atlético Nacional, where he was moulded into a cultured central defender with a focused mentality, quickly catching the eye of leading clubs around the world as he rose to prominence in their first team. After twice rejecting FC Barcelona, he moved to Ajax in 2016 and was quickly considered their most outstanding player. Last summer, Tottenham Hotspur made him their record signing. The meteoric rise of Davinson has made him one of the most coveted young defenders in world football, demonstrating a level of maturity and confidence that belies the fact that he’s still just 21; his contribution will be priceless for Colombia at the World Cup. 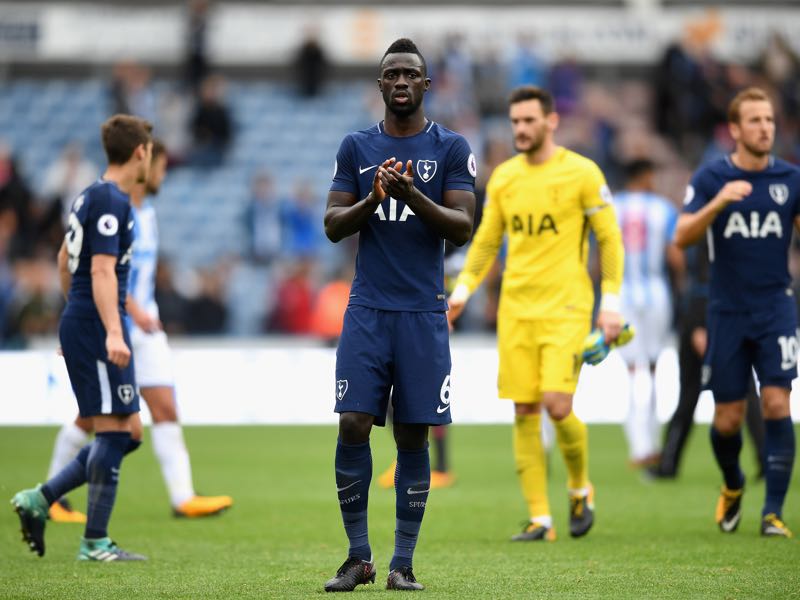 Tottenham’s Davinson Sanchez is one of eleven rising talents to watch at the 2018 FIFA World Cup in Russia. (Photo by Michael Regan/Getty Images)

Steady and assured career progression has been the hallmark of Augustinsson, who rose to prominence in his home country with IF Brommapojkarna and IFK Göteborg, before heading to FC København, where he won the Danish Superliga twice and the Danish Cup three times. On the international stage, he also won the UEFA European Under-21 Championship with Sweden. Once citing Gareth Bale and David Alaba as his role models, it’s perhaps ironic that Augustinsson will be featuring at the Russia 2018 World Cup, whereas they will both be missing out. Nevertheless, the 23-year-old has impressed with stellar form of his own since making the switch to Werder Bremen, producing consistently strong displays down the left as a defender or midfielder.

It is sometimes difficult to believe that, just over two years ago, Samedo was still struggling to make his breakthrough into the Benfica first team. Last season, he was phenomenal when given the opportunity to make their right-back slot his own, quickly catching the attention of leading clubs throughout Europe. There was still a certain level of surprise when FC Barcelona announced his signing in the summer but the 24-year-old has taken to his new surroundings and pressures with aplomb, earning praise for his performances. After making just one previous appearance with the national team, Samedo is now considered their first choice at right-back and has been a vital component in the qualification for Russia 2018.

When players shine at a World Cup, it can be a double-edged sword, and Lokomotiv Moscow must surely be conscious of that when it comes to keeping hold of Aleksey Miranchuk. The 22-year-old midfielder has been the subject of much transfer speculation over the last year, with the more financially powerful Russian Premier League clubs keen to swoop. The consistent quality of his displays with his club and the Russian national team have also brought interest from elsewhere around Europe. Twin brother Anton is now making his breakthrough, so for now, there remain hopes at Lokomotiv that Aleksey will have a good reason to stay. However, good performances at Russia 2018 could bring yet more interest and, perhaps, the inevitability that, afterwards, he will be playing for another club side.

Aleksey Miranchuki is one of the eleven rising talents to watch ahead of the 2018 FIFA World Cup in Russia. (Photo by Epsilon/Getty Images)

Impressive performances with Hajduk Split encouraged Everton to move for Vlašić after the two sides had met in the Europa League. Shortly after the switch to Goodison Park, the 20-year-old was considered a firm fixture in the plans of manager Ronald Koeman and performed well, earning the player his first full international appearance with Croatia. Since the departure of Koeman, however, the young midfielder has rarely featured. Nevertheless, he remains a consideration for his national team, as they prepare for Russia 2018, and he certainly is not lacking for the talent required to perform well in such a major tournament and therefore makes our eleven rising talents to watch list ahead of the 2018 FIFA World Cup in Russia.

The only player to feature in this list who isn’t playing for a top-flight club, attacking midfielder Sergio Peña is quite a rare case, making his full international debut with Peru before even forcing his way into the first team at Granada CF. Impressive with their B team in the Spanish third tier, following Granada’s relegation from La Liga last season, Peña will get more opportunities with his club and has started well in the Segunda this season. Meanwhile, he remains firmly in the plans of his national team coach and, with Russia 2018 just around the corner, this could be a dream season for the talented 22-year-old.

Hitting the headlines regularly during the 2015-16 season with Manchester City, Iheanacho certainly made his mark as a super-sub who could grab priceless goals for his team. After scoring 14 in 35 appearances, he was considered one of the hottest young properties in the Premier League. His impact, however, was reduced following the arrival of Pep Guardiola as manager last season and, this summer, the Nigerian striker was sold to Leicester City for £25 million. The current campaign has proven difficult and injuries have limited his appearances, so his national team will be hoping Iheanacho gets back in top shape ahead of Russia 2018, having scored an impressive 8 goals in 13 games for the Super Eagles.

Undoubtedly a player in the ‘one to watch’ category on our eleven rising talents list, Isak has all the hallmarks of a player who could become a world-class superstar. Just 16 when he made his Allsvenskan debut with AIK, he shot to fame in Sweden with 10 goals in 24 league games. A full international debut with Sweden soon followed and, inevitably, a move to a bigger continental club in the shape of Borussia Dortmund. After helping his new club win the DFB Pokal and already debuting in the Bundesliga, Isak may well be given the chance to make the world his stage at Russia 2018, if given the opportunity by Sweden. 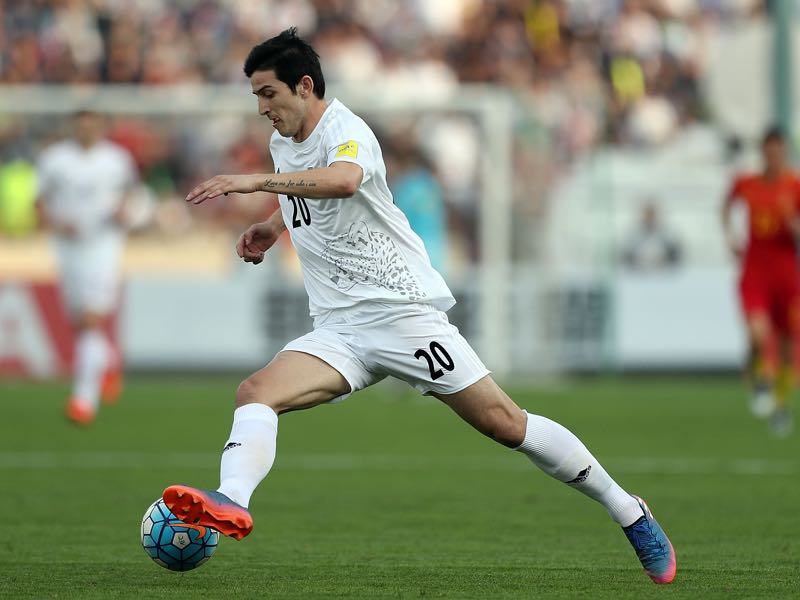 Iran’s Sardar Azmoun is one of eleven rising talents to watch at the 2018 FIFA World Cup in Russia. (Photo by Amin M. Jamali/Getty Images)

It’s sometimes easy to forget that Iran were one of the first teams to qualify for Russia 2018, as their football revolution continues under experienced Portuguese coach, Carlos Queiroz, who has shaped a formidable side that cannot be taken for granted at the next World Cup. There may not be many household names on the side but one shooting his way to prominence is 22-year-old Sardar Azmoun. Although the striker has struggled to make a genuine impact in the Russian Football Premier League with Rubin Kazan, it is an entirely different story with his national team, having scored 22 goals in 30 appearances. Compared to many notable forwards over recent years, the one he will no doubt favour most is comparisons to Iranian legend, Ali Daei; who still holds the record for international goals in world football.