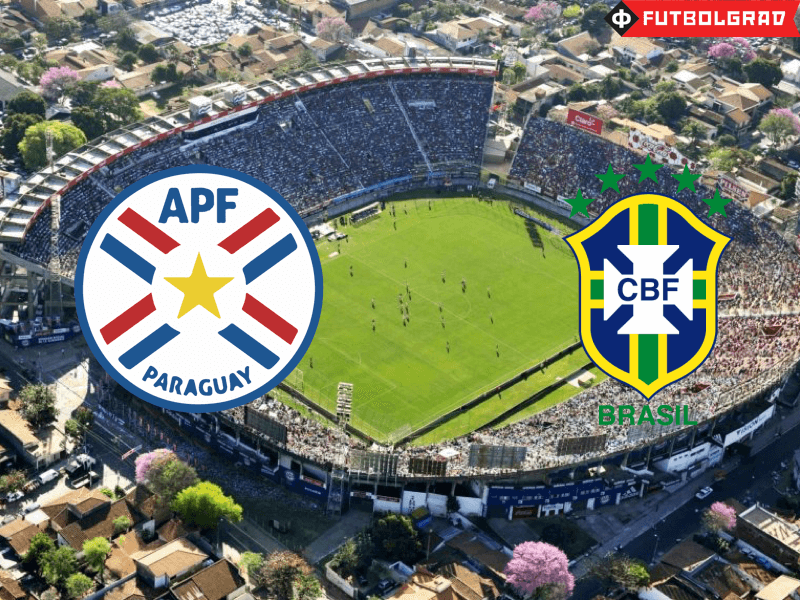 Road to Russia 2018 – Paraguay vs Brazil

A shrill whistle sounded through the balmy Asunción sky to end Paraguay vs Brazil, in night of high drama in the heart of South America. As the protagonists collapsed on the turf like wounded soldiers, 42,345 spectators rose to their feet and for a moment they didn’t know what to do. The performance was electrifying, intense, and full of intrigue, but the final act left a bitter taste in the mouth. After a moment of collective doubt, a ripple of applause began and grew louder when the group of young men below responded in turn.

Then the shuffle of feet began as we exited the scene and tried and make sense of it all. Paraguay had just thrown away a 2-goal lead to Brazil in the final ten minutes of the game—the equalizer arrived in the 92nd minute, the same time the Albirroja (as Paraguay’s national team is known as) had conceded to Ecuador just days before. There was a mix of anger at the result and pride in the first 80 minutes, and in the fact that the Guaraní (Paraguay’s other nickname) had gone over 31 years without losing to Brazil’s Seleção in Estadio de los Defensores del Chaco. 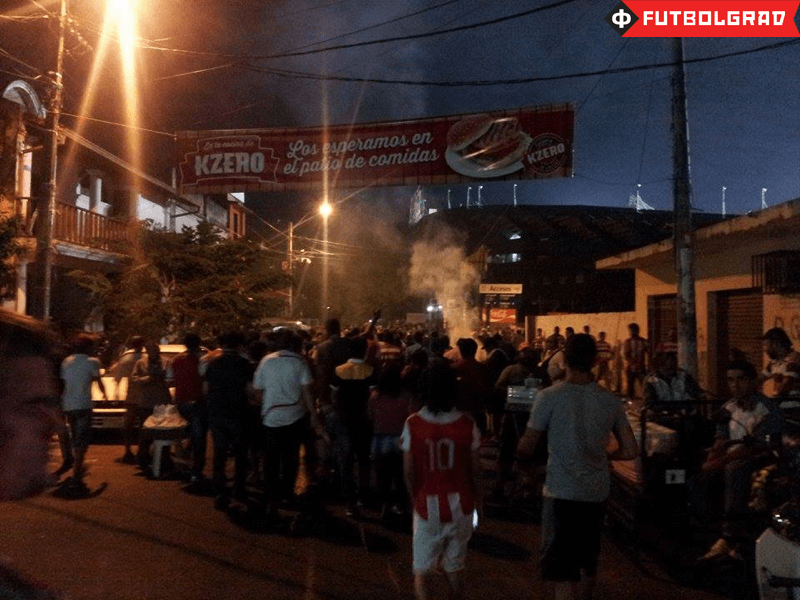 Personally I was just glad it was all over; the tension had become unbearable towards the end. The stress had started long before kick-off; it built up while while I was at work and I began checking the clock rather than responding to e-mails. I was sitting on my doorstep by the time my taxi arrived, and as we darted through rush hour traffic I frantically checked my phone to see if the team sheet was in.

The pre-match ritual calmed the nerves briefly—walking along Avda., Carlos Antonio López—I ticked off the landmarks as I got closer to the stadium—past the TV Station, past the Supreme Court, past the grilled chickens and now left at the supermarket. The atmosphere included the expectant murmuring of my fellow supporters interspersed with loud honking of horns as drivers fought over coveted parking sports just outside the police cordon. 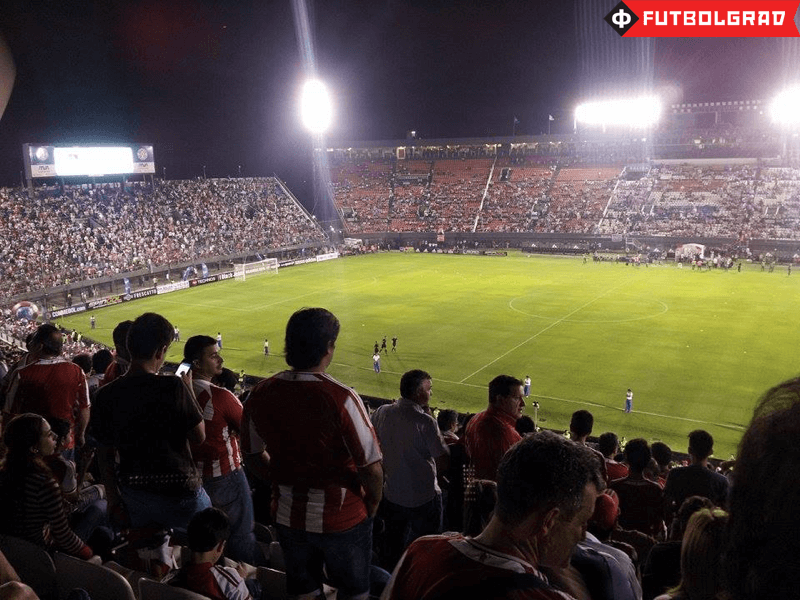 An hour to kick-off; by now it was pitch black, as the clocks had been turned back last Sunday, and the floodlights attracted us like bugs as we swarmed through the turnstiles. The last time I attended this fixture was in 2004, and back then those very same floodlights went out, and although they were hastily repaired, the game never came back to life. Paraguay had managed a 0-0 draw that night, which left the Brazilian press in disbelief that a team consisting of Kaká, Ronaldo and Ronaldinho couldn’t find a way past the Paraguay backline. “Magicians without magic” was the quote, at the time, from the Brazilian paper Lance!,

Back to the present, as the national anthems start playing, the Brazilians turn to their right and while they might have been able to hear the music at pitch level, up in the stands the whistling and jeering reigned supreme. The Paraguayan anthem was belted out with typical gusto, and finished off with the chorus and the words “Union and Equality” – which in hindsight was an accurate prophecy.

Paraguay showed tremendous team spirit and organization for most of the game—the tactical prowess of Paraguay’s national team coach Ramón Díaz has been a feature of the World Cup Qualifying campaign. Unlike the previous game against Ecuador, he urged the side to press and play at a higher tempo. Conejo Benítez was injured after just nine minutes but his replacement Roque Santa Cruz continued his work of pressing Luis Gustavo and frustrating the Brazilians, who couldn’t find an easy outlet from midfield. By halftime, Brazil coach Carlos Dunga had to replace Fernandinho who probably doesn’t remember touching the ball more than 10 times.

The game was getting physical, which played into Paraguay’s hands—a banner behind the goal Paraguay were attacking said “Vencer o Morir” (Win or Die) and it was as if the player’s had read it. 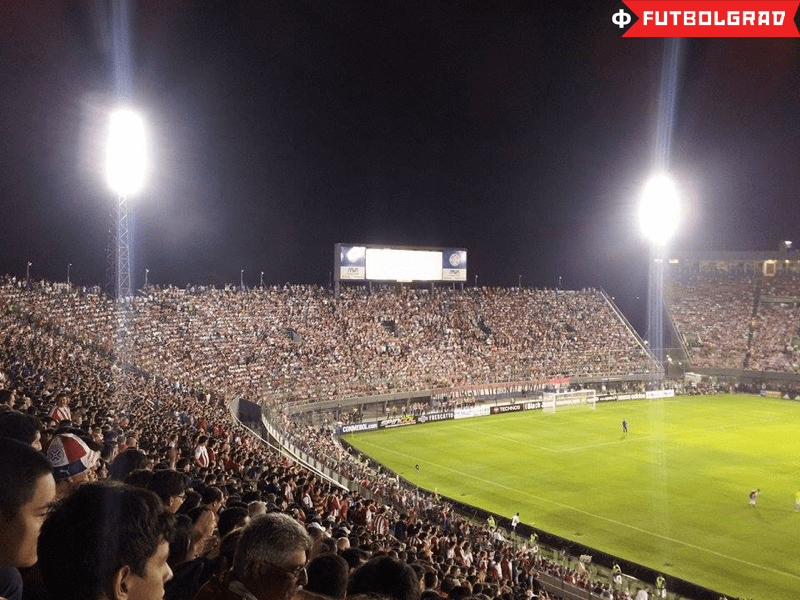 The fans rallied behind Paraguay

After 20 minutes the Guaraní were winning this war of attrition as they won free kicks in dangerous areas, and central defender Gustavo Gómez was denied by a couple of fantastic saves by Brazil’s keeper Alisson Becker, and then his partner Pablo Aguilar also missed a golden opportunity.

On Brazil’s side, the old warhorse Ricardo Oliveira cracked a shot onto the bar just before the half hour mark after a break away by Willian to remind the home side that they were facing Brazil, but it was too late, the crowd’s crescendo was feeding into the players’ performance. On 35 minutes a clear handball in the box wasn’t given, but that was quickly forgotten just five minutes later…

Halftime Was Jovial for Paraguay Fans

Halftime was jovial, my section of the crowd were dying of thirst and screaming “Coca! Cocaaaaa!” to the vendor who was desperately trying to transport a crate of the world’s most recognized soft drink through the terraces and offloading as and when a patron thrusted 6,000 guaranies into his hands. I was content with my chipa (google it!), and was still eating it when Paraguay doubled their lead.

This time Pajaro Benítez was the goal scorer, but the hard work was done by Roque who dragged everybody out of position, and gave Richard Ortiz plenty of space to thread a pass to the winger who got in before Brazil’s wing back Dani Alves, and poked the ball past Alisson.

In the stands we were on top of the world, and so there was only one way left to go… 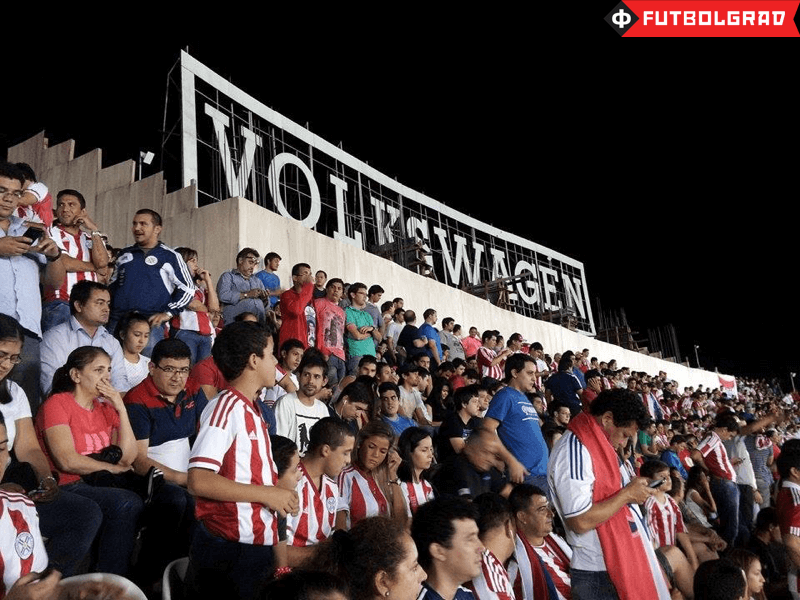 The fans were on top of the world

Richard Ortiz was injured, bad news considering the other central midfielder Nestor Ortigoza was having a game to forget. Brazil had a goal disallowed, Paraguay did seem to be holding, but the nerves were creeping in. Ramón had one sub left but in many respects he didn’t have a choice, it had to be Juan Manuel Iturbe to ensure he didn’t go and play for Argentina as he’d threatened for so long.

It turned out to be a catastrophic error, Iturbe is a speedster winger, who picks up the ball and runs at people, but he doesn’t press, or mark tight or trackback. He had been indecisive over which country to represent, and now he was indecisive over whether to press or drop off, and he ended up doing neither. For a while he went up front alongside Roque almost to put himself out of harm’s way, because by now it was 2-1 as Villar spilled a long shot and Oliveira turned in the rebound.

Bringing on Iturbe Signalled the Beginning of the End

I was feeling sick in the pit of my stomach, the players weren’t pressing anymore—it had worked so well but panic mode had set in. After an eternity, the fourth official showed the board and 3 minutes flashed up. So close now, surely it can’t be a repeat of Ecuador—the footballing Gods wouldn’t allow such a thing.

Enter Alves, Stage Right. Iturbe should have tracked him, even then there was work to do when he picked up Willian’s pass in the box, he was forced onto his weaker foot…but yet the Barcelona winger still managed to score. 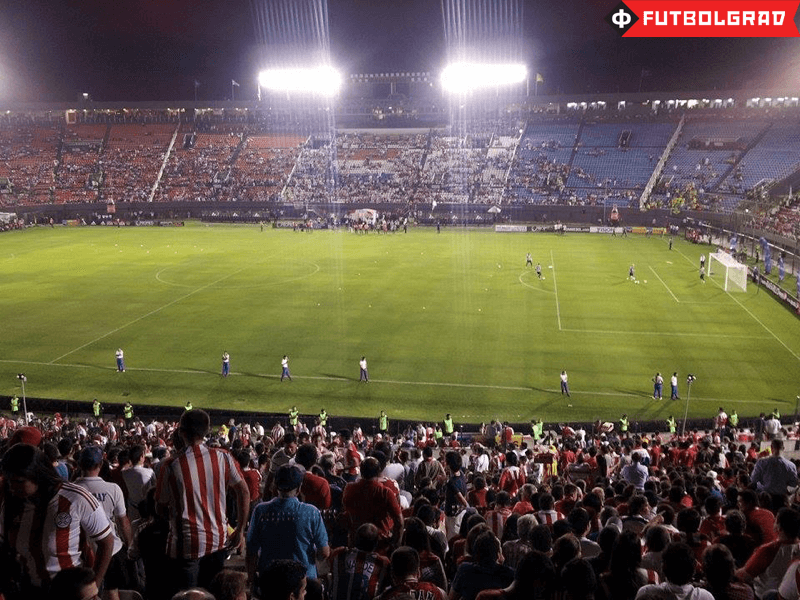 Walking out of the stadium the burgers were half price, the hawkers were offering “leche” which wasn’t milk but a codename for beer. I got in a taxi and did some quick mental calculations; Paraguay had lost 4 points with two 92nd minute goals, which ends up being the difference between joint 1st, and joint 7th place.

The sequel resumes in September, let’s hope for a happy ending.