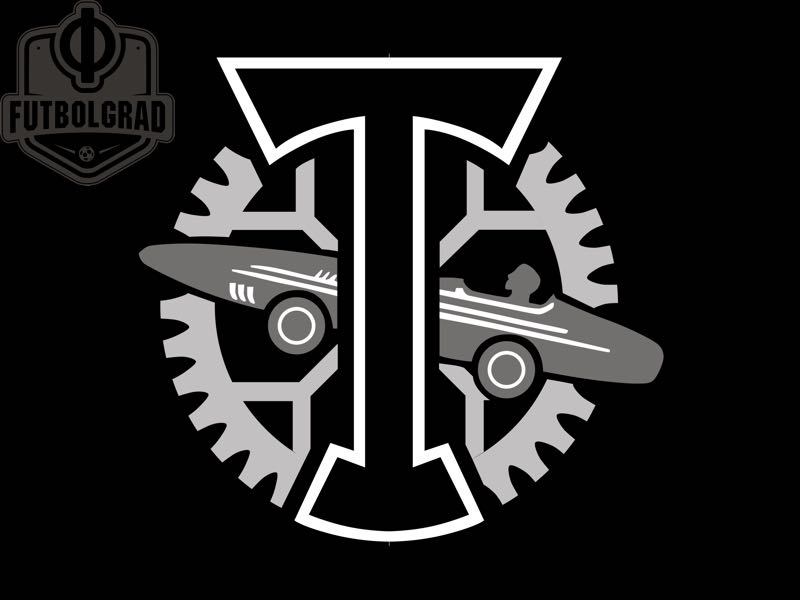 Torpedo Moscow are one of the most traditional clubs in Russian football. Financial mismanagement and the bankruptcy of the former owner the car manufacturer ZiL has put the club in a tight position since the fall of the Soviet Union. It could have been all to different, however, as Roman Abramovich was once interested in buying the club.

Back in the late 1980s and 1990s, many clubs were restructured to fulfil the rules of self-sustainability, which were introduced by the Mikhail Gorbachev administration after 1987. But Torpedo Moscow had forgone the self-accountability process in the last years of the Soviet Union and was still affiliated with the car manufacturer ZiL, which became a private enterprise under Boris Yeltsin. 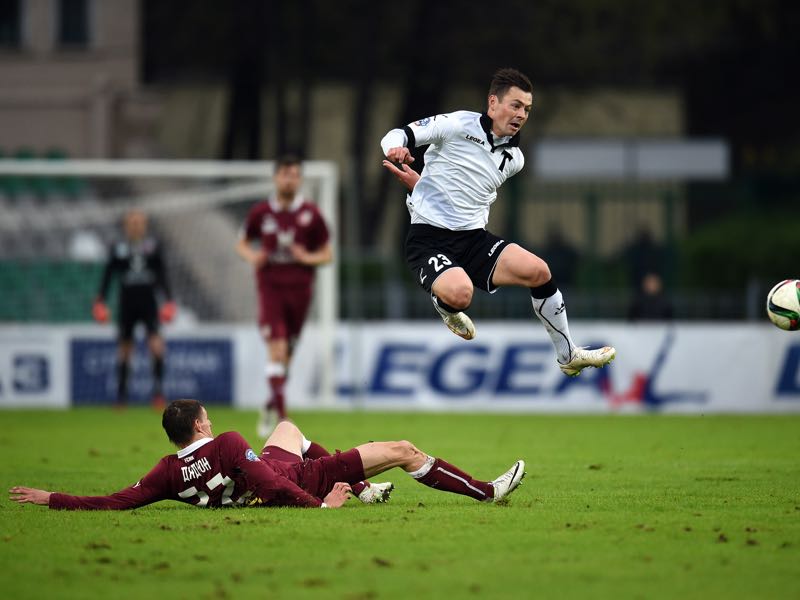 Torpedo Moscow was relegated from the Russian Football Premier League in 2015. (Photo by Epsilon/Getty Images)

By 1996 the plant was experiencing economic difficulties and was no longer able to support the football club. ZiL, Russia’s largest car company, had owned Torpedo for almost 60 years, and Torpedo was one of the most storied clubs from the former Soviet Union. At this point, the club, which had been so firmly associated with the automobile industry, became part of a private entertainment company called the Luzhniki Group, which ran and operated the Luzhniki Stadium. The Luzhniki Group wanted to have a team that was associated with the stadium, and since it seemed impossible to buy Spartak—Oleg Romantsev, the head coach/owner of the club, was unwilling to sell the club—Torpedo seemed to be a logical choice.

Also, a former Torpedo player, Vladimir Aleshin, ran the Luzhniki Complex entertainment company. The transfer of Torpedo from ZiL to the joint-stock Luzhniki Group was finalised on February 27, 1996. The club was then saved from bankruptcy and moved from its home ground the Eduard Streltsov Stadium to the Luzhniki Stadium for the 1997 season. ZiL was freed from bankruptcy at the end of 1996 when the Moscow city government under mayor Luzhkov took over the car company by purchasing a majority stake.

The Luzhniki Made Torpedo Homeless

The firm thereby gave up its independence and returned to state ownership. The company was after that able to create a new team that performed as Torpedo-ZiL (and later as Torpedo-Metalurg) in the lower levels. Torpedo Moscow’s transfer from the Eduard Streltsov Stadium to the Luzhniki Stadium was one of the more questionable business adventures of post-Soviet era football.

In 2007 I attended Spartak Moscow against Saturn Moscow Oblast at the Luzhniki Stadium and even with 30,000 fans in the stands, the atmosphere at the stadium was somewhat ghostly, and Torpedo’s attendance rarely rose above 5000. While low turnout makes for a poor atmosphere at a gigantic stadium like the Luzhniki, one also has to consider the cost of merely opening the gates for a match in such a gigantic facility. Torpedo therefore not only drowned in the gigantic bowl of the Luzhniki but was also raking up a huge financial loss for the Luzhniki Group.

The reasons why fans did not flock to the Luzhniki are manifold. ZiL was an important anchor for the identity of the football club; the club was a factory team and many fans associated themselves not only with the football club but also with ZiL. The Streltsov Stadium, which was located near the car factory, was also a significant part of Torpedo’s identity, and so when ZiL chose to register a team from the lower leagues in order to fill the vacant stadium, many Torpedo fans decided to support the new team instead of the old Torpedo team that had moved across town.

In 2003 the new Torpedo-ZiL reached the Russian Football Premier League Liga, but ZiL again was forced to sell the club, which then became part of MMC Norilsk Nickel and eventually became known as FC Moskva. Meanwhile, the Torpedo Moscow team under the ownership of the Luzhniki Group struggled, suffering relegation in 2006, and again to the third division in 2008.

In 2009 the club returned to the umbrella of ZiL, and the team returned to its historic home ground, the Streltsov Stadium when the carmaker bought back the shares of the football club from Luzhniki. After years in the lower divisions, Torpedo Moscow managed to be promoted to the Russian Football Premier Liga in 2014 where the club stayed for one season before being relegated and declared bankrupt once again and briefly looked like would be disbanded before starting to play full time once again this season.

Roman Abramovich bought Chelsea FC in 2003, for a reported $233 million, which at the time was the costliest takeover of a football club in British football history. Investing over one billion euros since the takeover Abramovich fulfilled his dream of owning a Champions League winning club when Chelsea beat Bayern München in Munich to win the 2013 Champions League title. The entire history would have turned out differently had Roman Abramovich gotten his will by buying a team in the Russian capital.

As Jonathan Wilson wrote in 2008, the Roman Abramovich was seriously interested in purchasing Torpedo Moscow from Aleshin in 2003. According to Wilson Aleshin was interested in selling the club but wanted to retain a stake in the club. In retrospect, the reason for that was clear Aleshin wished to ensure that Torpedo would remain at the Luzhniki where the club would have helped his holdings to earn more money.

It would be interesting to imagine what would have happened would Abramovich become the owner of Torpedo Moscow rather than Chelsea. The history of football in England and Russia would have been very different. Chelsea would have never been able to challenge for the big four in English football and certainly would not have become part of Europe’s elite. 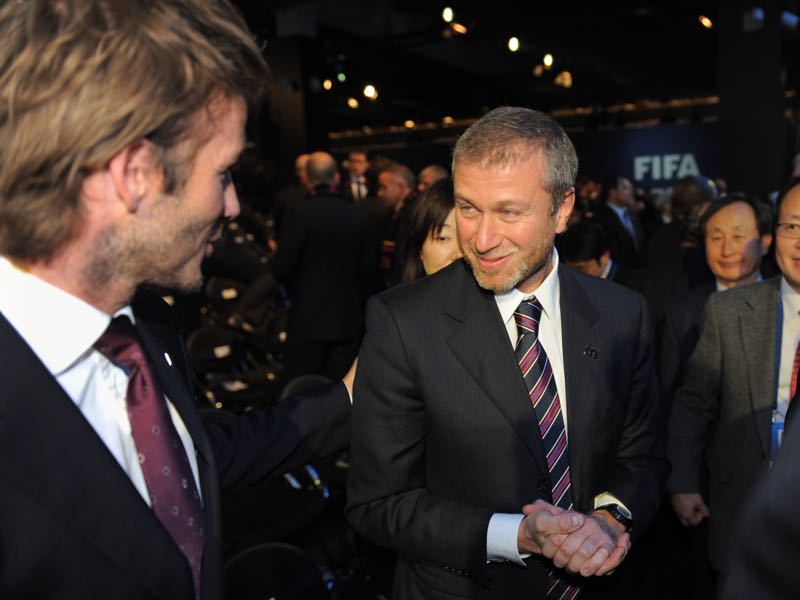 Roman Abramovich could have created a super club in Torpedo. (Photo by Michael Regan/Getty Images)

Instead, Chelsea became part of what is now the traditional top four in English football. Chelsea have won five out of their six English championship thanks to Abramovich’s investment and added four FA Cups and the above-mentioned Champions League title to their records.

What could have been for Torpedo is somewhat on display when one takes a look at CSKA Moscow, who for a brief period were sponsored by Roman Abramovich’s company Sibneft—closer links were long rumoured but could never be proven by the UEFA watchdogs. Loaded with money the club signed several international stars and won the UEFA Cup in 2005. Although somewhat cash-strapped now CSKA play in a beautiful new stadium and regularly qualify for the Champions League. It would not be hard to imagine that Abramovich would have invested heavily in Torpedo creating a super club in the Russian context; a club not unlike Zenit Saint Petersburg, which regularly brings in stars from Western Europe.

With Russian football in a bit of a financial crisis and only Zenit and Spartak spending significant money on players Abramovich would have most certainly created a third power that could have challenged consistently for the top of the league. But this is, of course, all retrospect now in reality Torpedo are on their latest rebuild without any sincere hope that the club could once again become a major factor in Russian football.