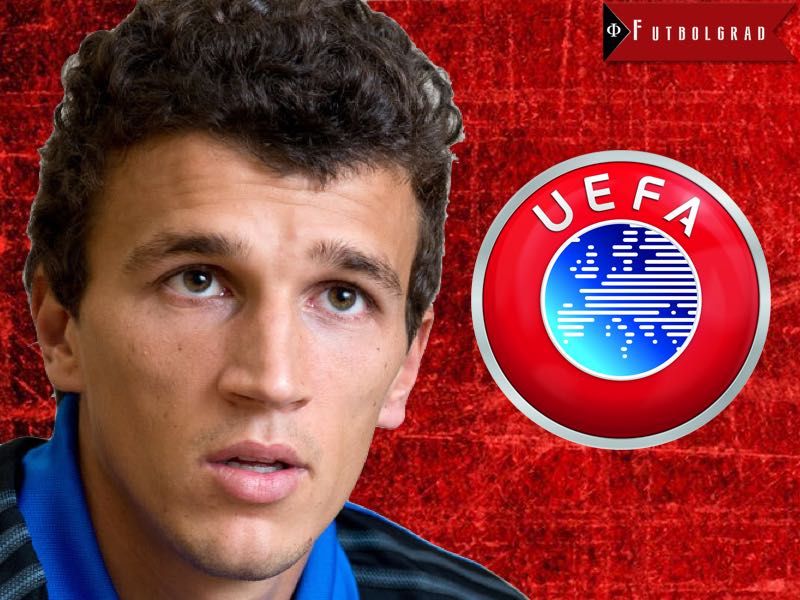 Initially the suspension by UEFA had been imposed without an official statement by UEFA. There have been several speculations as to why Eremenko has been suspended for 30 days.

The number one suspicion has been that UEFA has removed Eremenko from participating in competitive football matches because of a failed doping test. The media speculated that Eremenko is a regular consumer of snus.

Snus is a form of oral tobacco, which is a popular product among hockey players, especially from Scandinavia. Snus is technically not on the doping list, but the nicotine product, which can increase the heartbeat by ten beats per minute, is illegal to sell in many European countries.

Furthermore, the Finnish hockey association has looked for ways to ban the substance in hockey locker rooms, as the World Health Organization deems the product carcinogenic.

Yet the fact that snus is technically not on the doping list begs the question why Eremenko has been suspended for consuming the product. Indeed the Finnish Football Association has already stated that all news regarding Eremenko’s suspension are just speculations.

This in turn has opened the door for further speculations, which will not be cleared until UEFA formally has published its findings in the disciplinary case that is supposed to be opened against Eremenko later this month.

Prior to the suspension Eremenko had been in stellar form, and has become the key player for his club team CSKA Moscow. CSKA head coach Leonid Slutksy’s has moved Eremenko from a deeplying midfielder to the number 10 role, and the Finnish-Russian midfielder has blossomed in the new role.

It is important to note that Eremenko has always been a key component of CSKA Moscow’s midfield. But this season the Eremenko has been outstanding scoring three goals in nine Russian Football Premier League matches, and the midfielder together with Lacina Traoré is currently the club’s top scorer.

The former Soviet national team player Aleksandr Bubnov has told championat.com that Eremenko’s jump in form could have aroused suspicions with UEFA. “In recent games Eremenko’s work rate has been astounding, which apparently drew attention. Because he was called in for doping tests by UEFA after both of CSKA Moscow’s Champions League group stage matches [against Bayer Leverkusen and Tottenham].”

Slutsky will therefore have to either find another player in the squad who can play the number 10 position in his preferred 4-2-3-1 formation. The most logical choice would be Alan Dzagoev, who by all accounts is more of a playmaker rather than a defensive midfielder anyways.

Dzagoev, however, has formed an effective defensive midfield partnership with Pontus Wernbloom. Bibras Natkho, who seems to have finally recovered from his concussion, could be a logical choice to replace Dzagoev in defensive midfield in case Slutsky opts to move Dzagoev into the number 10 role.

Another option would be to move young star Aleksandr Golovin from the wing to the number 10 position, and in his stead have the Bulgarian Georgi Milanov play on the wing. Milanov has already played several matches this season on this position, and this option would allow Slutsky to maintain the Dzagoev/Wernbloom pairing in midfield.

Slutsky told championat.com that he is confident that the side can compensate the loss of Eremenko. But several key players are carrying minor injuries—Igor Akinfeev, Alan Dzagoev, and Aleksandr Golovin were all unable to fully train during the week but are expected to be fit for the match on the weekend—there have now been questions on whether CSKA Moscow’s bench is long enough to truly compensate Eremenko’s suspension.