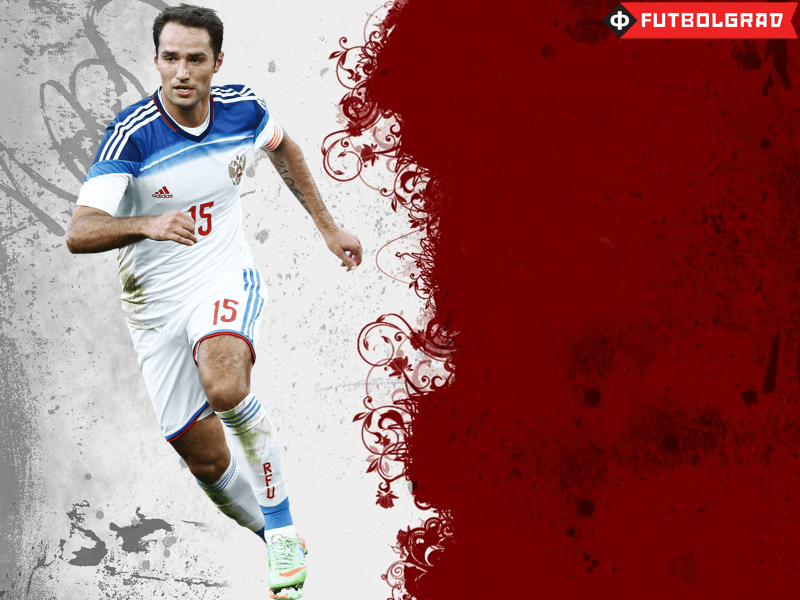 Last week Russian national team captain Roman Shirokov was released early from his contract with Spartak Moscow when the Red-Whites decided not to prolong their financial commitment toward him. He had been benched for the final three games of the autumn season to avoid triggering a clause in his contract that would have automatically extended his deal by another year—which leaves the flawed leader without a club just over four months before the European Championships kick off in France. Over the last couple of days, speculation has grown that he is on the verge of returning to his alma mater CSKA Moscow, where he would be reunited with his Sbornaya boss Leonid Slutsky, for what would surely be the last waltz in his brilliant but troubled footballing lifespan.

If he were to join the league leaders, it would bring his path full circle to the club where he broke through the youth teams almost two decades ago. His career has been littered with incidents that paint a picture of a disastrous character, and with his 35th birthday not far off on the day of this summer’s first semi final in Lyon, his chances for redemption are running low. If he has any ambition to avoid tarnishing his legacy with a poor finish, his next step must be carefully planned. He is still very much in demand in the current climate of tighter foreign player regulations and, with the motivation of ensuring a starring role in what could be his last tournament, he could be an attractive option for almost any team in the top flight. 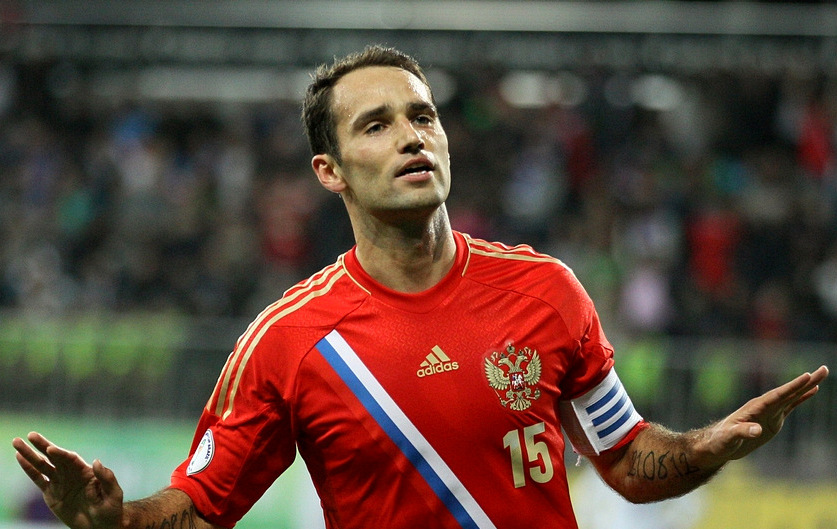 A number of options have been touted to secure his services. Krasnodar have twice offered him a lifeline in the last two seasons with loan spells providing a release from Zenit and Spartak. With their intelligent recruitment policy, they may well be tempted to reprise their traditional partnership with the Moscow region native. On paper, he is a sensible option from the club’s perspective: He would be unlikely to demand a long contract at this point, as his primary objective will surely be to gain serious game time before leading his country in France, and he may want to keep his options open after the summer. After all, he has represented ten different clubs in his 15 years as a full professional and, other than his six years at Zenit, he has only stayed at a club for longer than one season on one occasion. He would find it tough to oust Charles Kaboré from the cenre of midfield now though, and could run the risk of stagnating in the remainig 12 league games.

Dinamo Moscow have also been suggested as an option, with their clear predilection for Russian players. The prospect of Igor Denisov and Roman Shirokov resuming their partnership after playing together at Zenit is intriguing and, with their experience as a base to the midfield alongside new signing Stanislav Dragun, the younger players could thrive as a foil to their style. Denisov and Shirokov is, however, a potentially lethal mixture off the pitch; between them almost every controversy under the sun has arisen, and manager Andrey Kobelev is unlikely to want to risk the combustion that could occur. At any rate, Anton Sosnin and Roman Zobnin have performed well enough to provide competition in the central area of the pitch, and with the continuing threat of Financial Fair Play, it would be irresponsible to take on a sizeable contact.

With CSKA prevailing as the most likely option, the question remains as to whether Slutsky can tame the beast inside Shirokov. His history needs a little further examination if we are to understand the mentality of one of the finest orchestrators in the Russian game today and, while it is perhaps a little unfair to tar him with the brush of his youth and early adult years, it is an important part of his state of mind today. A relatively late bloomer to the top level, Shirokov has played at all strata of the Russian game, and only completed his first full Premier League season at the age of 26. By that age, Lionel Messi had already had a decade in La Liga. An unfair comparison perhaps, but it serves to demonstrate how long it took Shirokov to establish himself.

While still just a teenager in the Army Men reserve squad, he was sent out on loan to Torpedo-ZIL to gain some playing experience. While there, he reportedly went to a barbecue with some friends, and didn’t report back for two months. When he did, he claimed he had broken his leg, an explanation which was not only false, but also showed his youthful naivety; after being sent back to his parent club, he was sent to complete his military service as a punishment, while still training with his peers. He was soon released, and joined the newly-revived FC Istra who at that time were playing in the amateur leagues, after being invited by former CSKA striker Gennady Shtromberger, who had coached Shirokov as a youngster in CSKA’s youth setup.

Two years as a bigger fish in in a smaller pond failed to drive home the lesson that he should have learned in the capital following his disappearance and subsequent deception. Late night drinking and gambling continued to blight his progress off the field until he met his future wife and took the step up to the Second Division. In 2005 he finally got the break he needed when the now-defunct Saturn Moscow took him on. His performances led to Kurban Berdeyev taking him to Rubin Kazan, but his new manager’s trust ended when Shirokov insulted Berdeyev’s religious faith. “The only god he recognises is Mr Franklin from the hundred dollar note,” Shirokov said in sardonic response to the omnipresent beads in the current Rostov manager’s hands.

A year later he moved on again, this time to Khimki. A full season finally catapulted him into the consciousness of the footballing public for the right reasons, and caught the attention of a pair of Dutchmen who would strongly influence the course he was taking. Zenit manager, Dick Advocaat, was impressed with Shirokov’s seven goals in 27 league games and brought him to Zenit to compete with a packed midfield squad that contained Denisov, Anatoliy Tymoshchuk, Konstantin Zyryanov, and Viktor Faizulin. Given his attacking role the previous season, Shirokov expected to be utilised as a forward thinking midfielder. Advocaat, however, had other long term ideas for his new signing and claimed that he “could become the best defender in the country” after trialling him there in pre season.

This started Shirokov’s relationship with Advocaat on a sour note, as he strongly disagreed. He did, however, have an excellent season before Euro 2008, that culminated in the victorious UEFA Cup final against Glasgow Rangers in the Manchester rain. His place in the Russia squad was secured, and his confidence was so high that he claimed Spain were “nothing”. The subsequent 4-1 defeat suggested otherwise, and manager, Guus Hiddink, dropped the mouthy midfielder for the rest of the tournament. His following domestic season was difficult, as he was dropped and then fell out with Luciano Spalletti after the Italian arrived at the Petrovsky Stadium for the 2009 season.

Since that time, Shirokov has worked his way back to being a central part of the teams he has represented, but not without criticising everyone, including his managers, teammates, and even groundsmen. Now, after 52 caps and 13 goals for his country, two league titles, two Russian Cups, a UEFA Cup and Super Cup, he can claim to have succeeded in his career, but his last move could dictate the esteem with which he is remembered. His playing career has been unorthodox, to say the least, and one last dramatic spin on the dance floor would be an appropriate denouement to the spectacle that is Roman Shirokov.