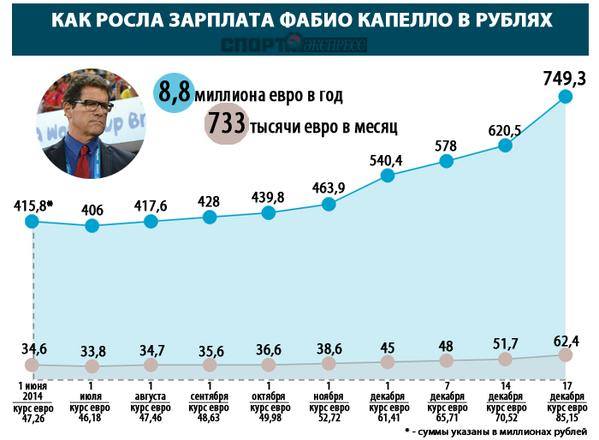 Rouble Crisis and Russian Football – a Blessing in Disguise?

In recent days the Russian Premier League has agreed upon a new limit on foreign players. The new rules will see clubs allowed to register 10 foreigners and 15 Russian nationals in their squad, said a statement on the Russian football’s official website. This new regulation would in theory allow Russian clubs to field 10 foreign players at the same time, a rule that replaces the seven foreigners and four Russians formula, whereby four players with Russian passports must represent each team on the pitch at all times.

The debate on the quota on legionnaires (as they are known in Russian) has coincided with the rouble crisis. Some Russians believe that the new system will make it even more difficult for Russian talent to find playing time. At the same time, however, the current rouble crisis could force clubs to use more domestic talents, as foreign players are paid in hard currency (Euro or US Dollar).

Despite the crisis, the owners of Russian clubs are expected to keep paying foreign players high wages. In addition, one has to bear in mind UEFA’s Financial Fair Play regulation, which forces clubs to budget for players in accordance with the club’s actual income. As such the on-going rouble crisis will hurt the income of Russian clubs, while at the same time see wages of foreign talent who are paid in foreign currency rise.

Debate already rages as to whether or not the recent Russian financial crisis could force several big-name departures during Russian football’s much-needed winter break. For instance, at Zenit, both Hulk and Axel Witsel have been linked with moves to clubs abroad.

From a national team perspective, the departure of foreign talent could prove a blessing in disguise as clubs may have little choice but to play their young Russian players, who are being paid with roubles (for what they’re worth).