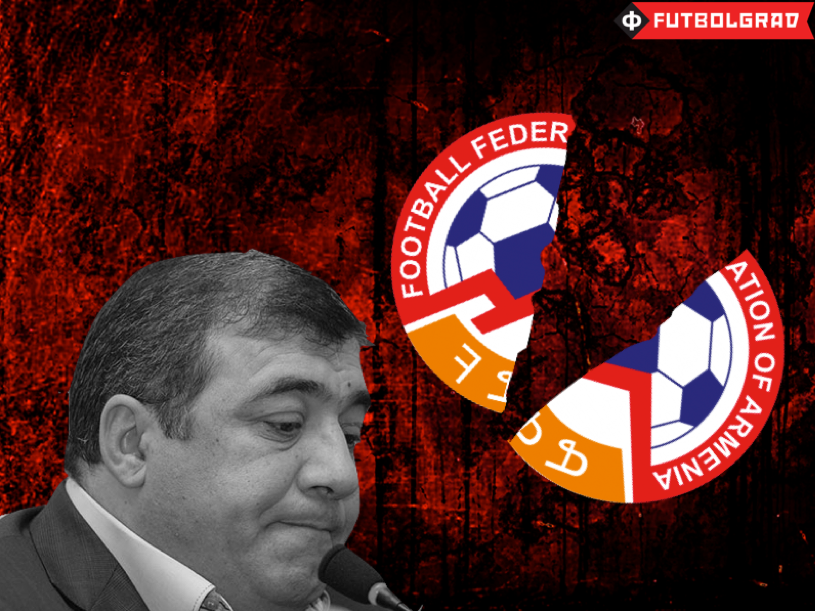 Ruben Hayrapetyan and the Perpetual Crisis of Armenian Football

The Armenian national team finished last in the qualification for the European Championships, which will take place next year in France. Although their team started the Qualifying 36th on the FIFA ranking, Armenian fans believed that the 24-team European Championship provided their team a real chance to play in a major tournament. The disappointing results and horrific form of the Havaqakan (as the national team is often called in Armenia) meant that the team collected just two points in Group I.

This has led to a crumbling of Armenia’s fan base. Following their last game against Albania in Yerevan, which Armenia lost 0-3, one of the biggest local fan-groups, the First Armenian Front (FAF), publicly announced their three demands to the Football Federation of Armenia: first, that a high-profile international coach be appointed for the Armenian team; second, that all national team candidates, without discrimination, be given the opportunity to play ; and third, that the ticket prices of national team games be lowered.

Founded in 2007, First Armenian Front is the first and perhaps the largest Armenian national team fan-club, which not only supports the team at home, but also provides support for the Armenian team in away matches. The fan club organizes travel for local fans and also for gathering Armenian fans from all over the world. After about a month of silence, the official website of the Football Federation of Armenia (FFA) posted a response by the president of the FFA, Ruben Hayrapetyan, who said that the FAF is only a small group of fans and that their demands couldn’t be considered the voice of the whole of the Armenian national team supporters. 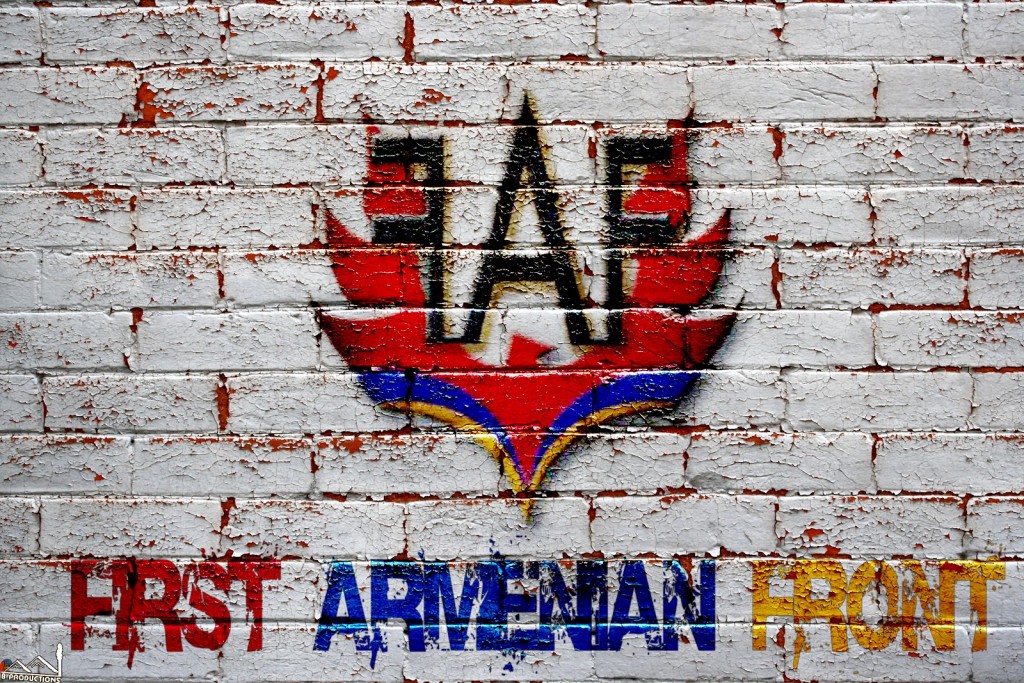 Logo of the First Armenian Front – Image via FAF Homepage

This statement came right after the FAF announced their plans to organize a march to the FFA building, where they demanded a meeting with Hayrapetyan. About 150-200 fans participated in the protest march on November 16th, cheering “We want football”. After receiving no reaction from the FFA, the FAF declared their 4th and final demand—the resignation of FFA president Ruben Hayrapetyan and the FFA’s executive committee. The FAF held another march with a repeat of the above demand on November 24th. One of the leaders of the fan-group claimed that, in order to save Armenian football, they are in it for the long haul, and that their protests might be expanded to the Armenian Premier League matches.

When speaking to media representatives a day later, Ruben Haytapetyan said that he is not going to leave, because there are some new problems in Armenian football which he is going to fix. Haytapetyan claims that there is a loyal group of fans in the FAF, and that the leadership are politically motivated.

During these fan protests came the allegation of match fixing. Armenia lost their final qualification game 0-3 against Albania, having conceded two goals by their own players— Kamo Hovhannisyan and Robert Arzoumanyan. After the match, Serbian sources reported that the match could have been fixed in order to see Albania qualify for Euro 2016. For now, this remains speculation as UEFA has announced that there were no suspicious activities linked with the match. 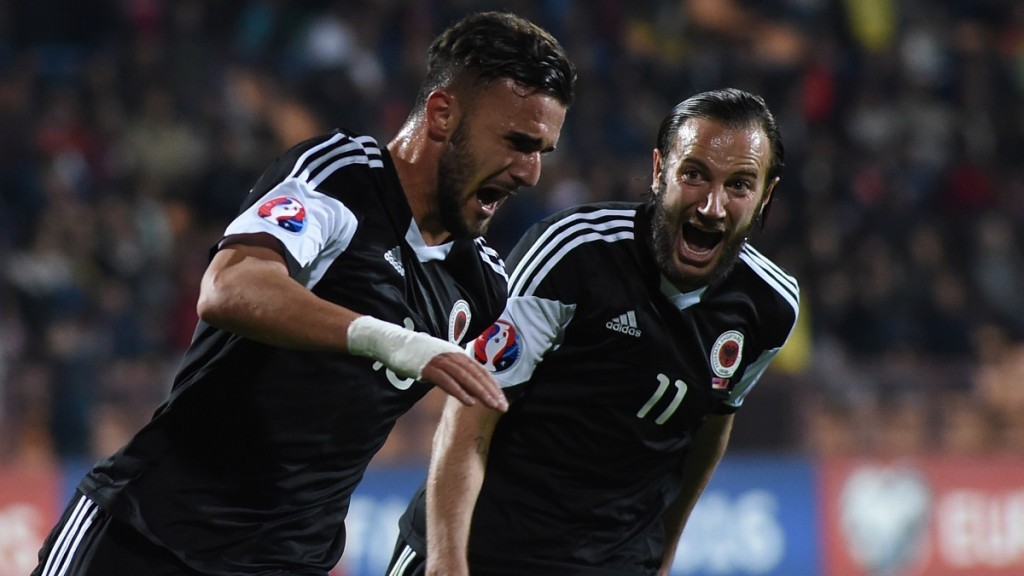 Yet, for Hayrapetyan, the match has another dimension. Speaking to RFE/RL’s Armenian service, Hayrapetyan said he has detected “betrayal” in the Armenia-Albania match. Hayrapetyan added that it was just his own opinion and that he had no evidence at that moment, but that the act of “betrayal” was clear to him after just half an hour from the kick-off. Hayrapetyan went on to say that he had seen disloyalty of various forms, and that lack of devotion and desire could only be considered treachery. Even in the absence of facts, Hayrapetyan is sure of what he’s saying, and hopes that those who are responsible will be found and punished.

The scandal had a sequel when the Albanian, Serbian, and Danish press once again brought forward the possibility of match fixing, when Hayrapetyan’s interview was released. The Albanians claimed they didn’t need to pay for the match as the Armenian side didn’t have any motivation in that match, meanwhile the Danish papers said that the words of the country’s football head must be taken more seriously. Denmark hoped to benefit from a possible expulsion of Albania by being their replacement. UEFA has so far refused to comment on the allegations.

Ruben Hayrapetyan believes that the players are responsible for the team’s bad results. He stated that the players don’t give their all during the matches. “It is not about the whole team, but there are 4-5 players who play with only 15-20% of their potential, being confident, that they are irreplaceable”. He added that the team lacks discipline, and stated “Even the world’s best coach can’t win if the players don’t want to play”.

After the above announcement, the FAF requested that the Armenian players break their silence and clearify the situation for the public. The answer from the players came on Sunday. A group of players, including Henrikh Mkhitaryan, Yura Movsisyan, Aras Özbiliz, Gevorg Kasparov, Karlen Mkrtchyan, Hrair Mkoyan, Robert Arzumanyan, Marcos Pirelli, and Gevorg Ghazaryan issued a joint statement to Armfootball.com. 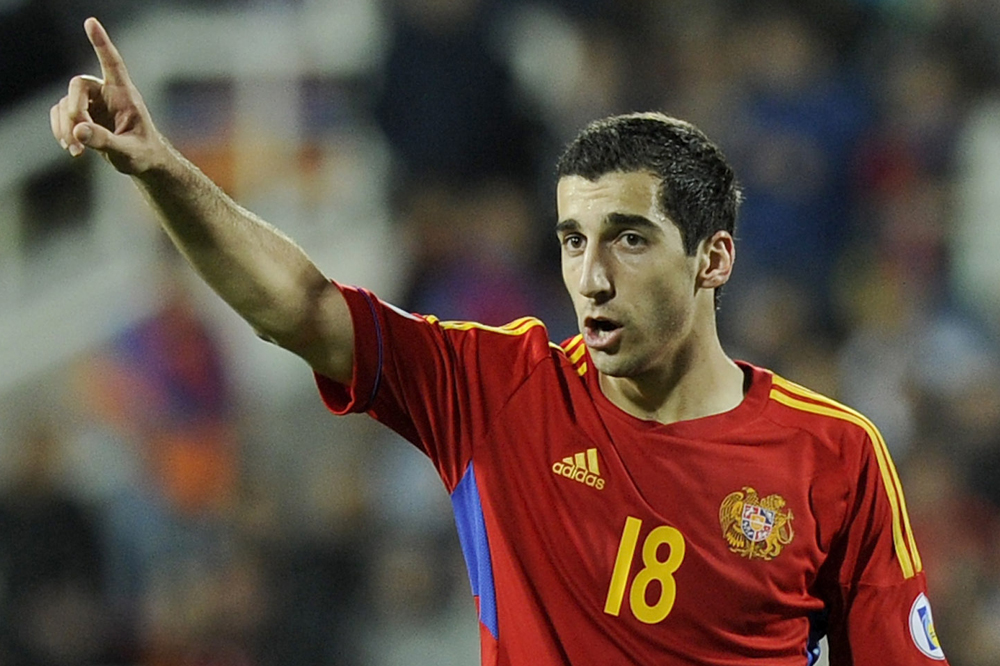 “The rumors and speculation regarding the match against Albania are totally false,” the footballers declared. “We fully trust each player of our national team, and an attempt to look for betrayal in our team will lead nowhere. We have always acted for the benefit of the national team, harming our health and, often times, our club careers.”

Ruben Hayrapetyan, according to Football365.am, then told the Red Eagles fan group “I didn’t say that the match was sold. I said that there was betrayal”. The FFA head also added that the statement from the players wasn’t a surprise to him and that he plans a meeting with the team in January 2016 to discuss all the issues.

At this point, the Armenian fans endure the controversy, while nobody takes responsibility for and control of the situation. The FAF have vowed to continue to fight the current national football leadership; meanwhile, Ruben Hayrapetyan has announced that the only reason for him to step down would be if Armenia fails to qualify for the 2018 World Cup in Russia.