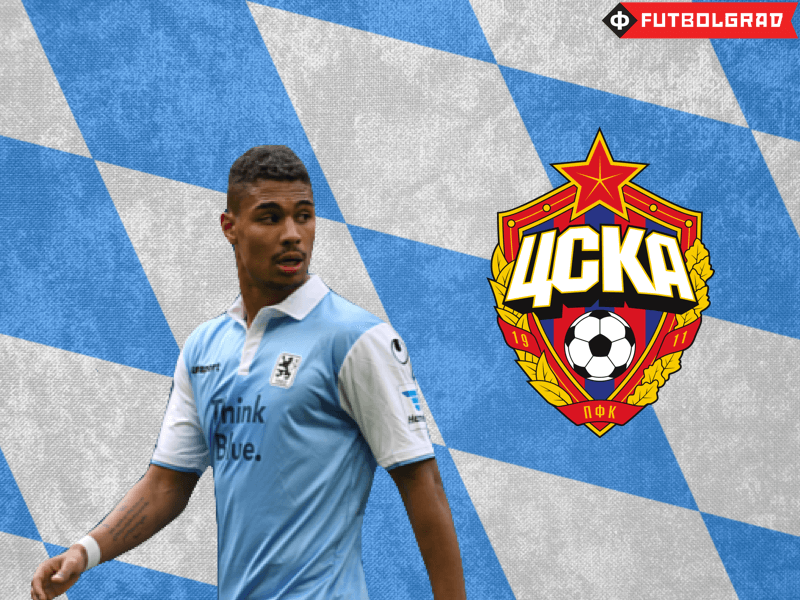 CSKA Moscow’s hunt for a new striker continues. The Red Army club worked hard during the winter transfer window to retain the services of Seydou Doumbia—the Ivorian striker was on loan at CSKA from AS Roma until December 31. In the end Doumbia signed a loan deal with the English Premier League club Newcastle United.

The situation could have been even worse for CSKA Moscow, as the club also received several serious offers for their Nigerian striker Ahmed Musa from England’s surprise English Premier League leaders Leicester City. But given the situation with Doumbia, CSKA Moscow chose to turn down a final bid of £18.7 million for Musa.

But even with Musa in the squad, CSKA only has three strikers under contract—the other two are the inexperienced Carlos Strandberg, and the ineffective Kirill Panchenko. Hence, the club is interested in signing a new striker in the winter transfer window, which remains open in Russia until February 26.

This might be the last time that 1860 Munich could sell Okotie with a profit, as the striker’s contract expires this summer. Furthermore, the Munich based club has once again been hit by severe financial problems, due to the fact that the club has had a very difficult relationship with its Jordanian investor Hasan Ismaik, and might therefore be forced to sell the striker in order to meet the difficult licence requirements of the Deutsche Fusßball Liga (or DFL, which is the governing body of the first and second Bundesliga).

Indeed the Russian online sports service R-Sport was able confirm talks between Rubin Okotie’s agent Ersin Akan and CSKA Moscow “We are indeed talking to CSKA Moscow [about a possible move there].”

The Munich based blog DieBlaue24.de run by the German journalist Oliver Griss meanwhile reported that it is extremely unlikely that 1860 would sell their top goal getter of the last two seasons this winter. So far 1860’s sport director Oliver Kreuzer has categorically refused to sell the striker, especially now that 1860 wouldn’t be able to buy a replacement.

Indeed CSKA Moscow would have to make an astronomical offer to be able to purchase Okotie before the Russian transfer window shuts on February 26. 1860 are currently in 17th place in the second Bundesliga, and despite the financial trouble, selling their top striker amidst the relegation battle would be a risky manoeuvre even if CSKA Moscow would be willing to pay a small fortune for Okotie.

As it currently stands 1860 would be facing financial collapse if relegated to the 3. Liga (third division), which could even mean that the club would have to declare bankruptcy—something that comes with an automatic relegation to the Bayernliga (or Regionalliga Bayern Germany’s fourth division), and could spell the end of a club known for its rich history and fabulous youth academy.

This, however, doesn’t mean that CSKA Moscow won’t land Rubin Okotie, as mentioned previously the Austrian’s contract expires in the summer, and the striker might very well jump at the chance of Champions League football, and move to Russia as a free agent. But hopefully he will have a roll in saving Munich’s true love from relegation before joining the Red Army club.