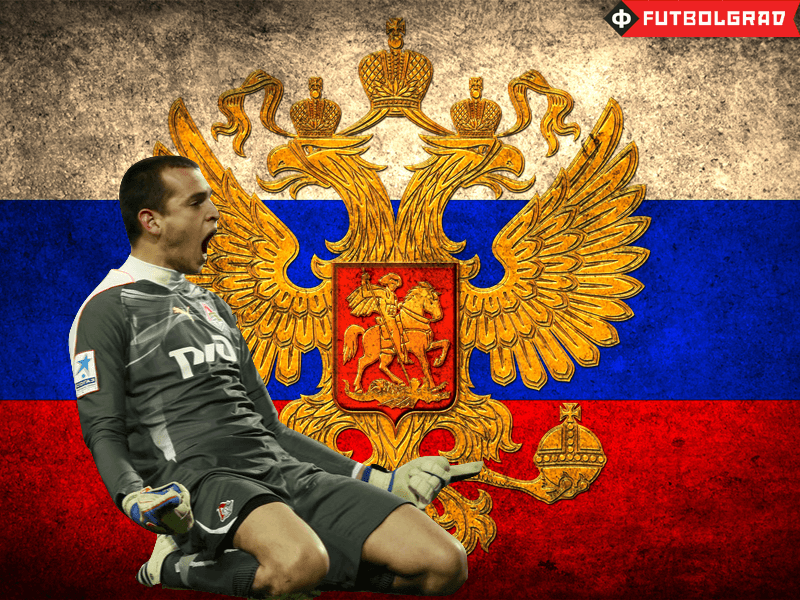 Last night’s friendly tie between Russia and Lithuania in Moscow was largely an uneventful affair—a predictable 3-0 win for the home side against modest opponents. The second half, however, saw a notable event—the debut, for Russia, of the naturalised goalkeeper Guilherme Marinato (read his full story here), who was born in Brazil but has lived in Russia since 2007.

But what was the reaction of Russian fans after the match? Below are comments taken from the popular championat.com website under the story about Guilherme’s debut:

“I like Guilherme—he’s a Russian citizen and has spent a long time working towards this, so I can’t see any problem with him being the national team’s goalkeeper. Generally speaking he’s a great goalkeeper.”

“I’m very disappointed by this naturalisation. It’s come to the point where we don’t develop our own but invite foreign players instead. Come and join us if you can be bothered!”

“Speaking objectively, Guilherme is the best goalkeeper in Russia. He should play for the national team.”

“How can you not be offended for our country!!! What’s there to celebrate?! EMBARRASSMENT!!!”

“Why is everyone getting so worked up? He’s a good goalkeeper, speaks Russian well, has lived here for ages, pays taxes. We do have, to put it mildly, a lot of options in the goalkeeper position, but this is our first foreign player who may open the door to others of a high level. Imagine we found a strong forward, whether that be a black player or a Korean, for example—would it be a bad thing? Apart from Dzyuba we don’t have a decent forward, which is a complete nonsense!”

“I was sure Guilherme’s naturalisation was a means of avoiding the foreign player limit [for his club side, Lokomotiv Moscow]. But it seems he’s also reached the national team level. Why, [choose him] when there are at least 5-6 Russian goalkeepers and Igor Akinfeev at the level of Guilherme???”

“I think that was Guilherme’s first and last game for the national team. They gave him a game because he got a Russian passport. They [the Russian Football Union] did it to look good, including towards Guilherme. I’m 100% sure he won’t be included in official matches, even amongst the substitutes.”

“Would France have won World Cup 1998 without [Zinedine] Zidane? I don’t think so. Therefore I’m in favour of naturalisation. We just need to naturalise only the very best.” [other readers later pointed out that Zidane was born in France]

“Guilherme is a good goalkeeper, but it’s clear that Russians should go to the European Championships—especially as he’s not a better choice than other Russian options.”

“I think they called up Guilherme for political reasons. He won’t go to Euro 2016. At best he’s the third choice goalkeeper.” 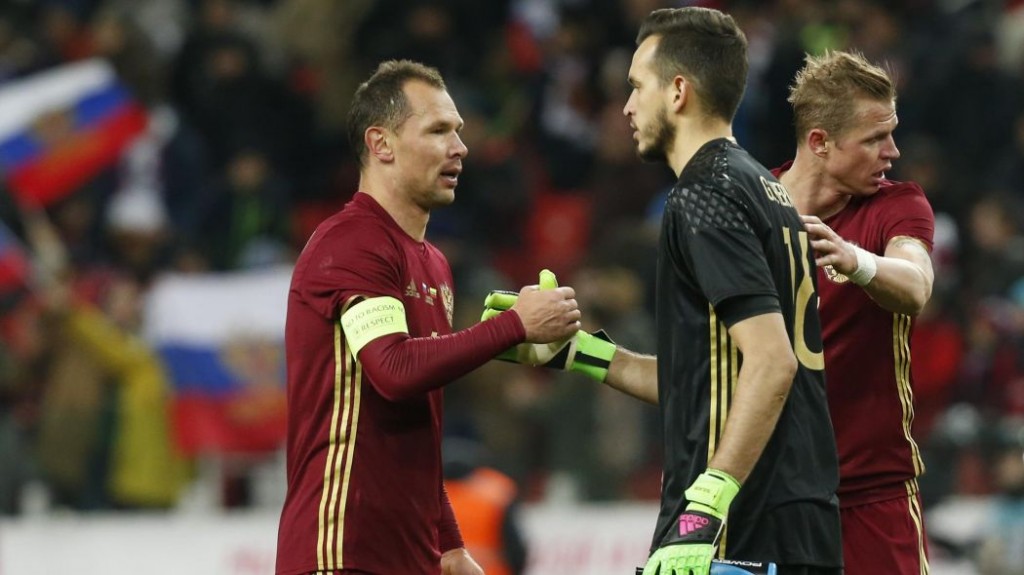 “I’m pleased for Guilherme—just as for a player born here.”

“Soon the national side will be full of black Africans. That will be your new national side—Russians won’t feel part of it.”

“Guilherme speaks better Russian than many of those from the Caucasus.”

“It’s difficult when we have such dull-witted people in the country – though they could just be young. This person has lived and worked in Russia for several years and speaks, I am sure, better Russian than you. He has every right to take Russian citizenship. He didn’t ask to play for the national side. Why is everyone going on about Guilherme? What should he have done? Say ‘Sorry guys, I don’t want to play for Russia?'”

“Naturalisation is a crazy and shameful phenomenon in modern sport. To support a national side with foreign players that have no link to the county—there is no desire and no need for this. You might as well support the opponents of your national team.”

“Well done Guilherme! You didn’t spoil the picture, though there weren’t any really dangerous moments—but you played well when you were needed. I hope it’s not your last game. About the fact that he was born in Brazil—he has got a Russian passport, which he got himself without anyone’s help. He’s lived here for 9 years, speaks decent Russian. He’s not Mario Fernandes [another Brazilian candidate for naturalisation] who can’t even put two words together in Russian. It was his conscious decision and he worked towards getting this. For this, I have huge respect for him!”

“None of you were so upset at the Sochi Olympics when a Korean [speed skater Viktor Ahn] and an American [snowboarder Victor Wild] brought us gold medals!”

The above comments are the first twenty one appearing under the news story, minus those that simply say things like “Well done!” or “Embarrassment!”. Of the twenty one, I counted eleven that are positive and six that are negative—the others fall somewhere in between. It is of course disappointing to see comments that express racist views, though others against the naturalisation of Guilherme are more measured—and there will be fans in every country who will be unsure of such a situation when it comes to their own national team.

A surprise that more fans seem positive than negative? Not really, given that Guilherme does have something to offer to the Sbornaya. The opinions, however, show that the issue is being discussed with a variety of views expressed—highlighting the wide variety of political views that exist in Russia today.