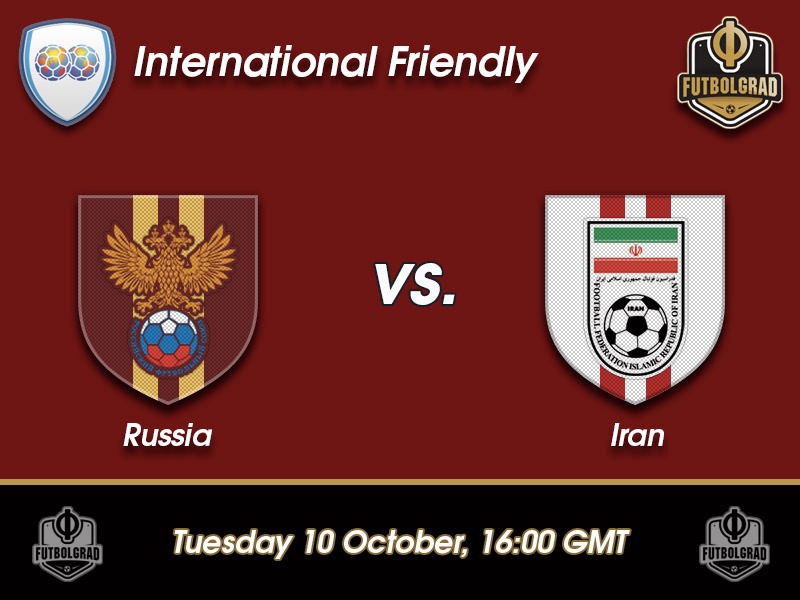 Stanislav Cherchesov’s experimentation is starting to bear fruit after his rejuvenated Russia hammered South Korea 4-2 at the weekend. In truth the south-east Asian powerhouses are not the force they once were, and their two goals did come too late to have any meaningful effect on the outcome. But South Korea were one of the earliest nations to qualify for next summer’s finals and provided a reasonable test until Fyodor Smolov’s goal near the end of the first half.

Anton Miranchuk failed to sparkle on his international bow, but fellow debutant Daler Kuzyaev was solidly impressive at the base of the midfield and can reasonably expect more game time. Konstantin Rausch and Mário Fernandes made their first appearances for Sbornaya despite having spent the majority of their lives in Germany and Brazil respectively, and Tosno’s Anton Zabalotniy made a late appearance up front to make it five debuts in total.

Of those first caps, Fernandes and Kuzyaev have the strongest chances of playing a significant part in the World Cup squad next summer, but given Cherchesov’s form of picking different lineups in his tenure so far they may make way for others within the team to have a runout.

Evgeniy Chernov is now the only remaining member of the squad to be uncapped, while Ilya Kutepov and Roman Neustädter will be desperate to prove their worth. Iran are a far stronger proposition than Korea, but of course, the result is secondary to the performance in a friendly at this stage.

Like their fellow AFC members who lost to Russia at the weekend, Carlos Queiroz’s charges have already booked their ticket to return to Russia for the World Cup, but interestingly boast three players in their squad who ply their trade in Russia. Highest profile among them is 22-year-old Sardar Azmoun, who has a sensational strike rate for his country of 21 goals in just 27 games and will be stepping out onto his club’s home stadium in Kazan.

Milan Mohammadi and Saeed Ezzatolahi are the other two, with the latter banned from Iran’s first match in the finals already. Iran breezed through their final qualification group stage to seal their place with two games to spare and conceded just twice in the ten games on their way. South Korea were unable to break through their stubborn defence in the AFC qualifier in August, despite Ezzatolahi’s red card shortly after halftime, so Iran they will test Russia’s attacking invention that took the best part of 40 minutes to open the scoring against Korea.

Casual observers will perhaps be surprised to see that 27-year-old Fedor Smolov has only earned 25 caps for his country, despite being the most potent goalscorer domestically for the past two seasons, but this should not be how his success is measured. The natural instinct he possesses in front of goal is so rare, but it is his all-round contribution that is so dangerous. A solid frame and intelligent movement make him a nightmare to mark, and if he starts alongside Aleksandr Kokorin again, he will undoubtedly cause havoc. It is highly likely more mobile and pacy support will be selected for this fixture – wingbacks Yuriy Zhirkov and Aleksandr Samedov’s combined age of 77 means their input is cerebral rather than athletic – which will be music to Smolov’s ears.

Sardar Azmoun has been in the Russian limelight from a young age since his move to Kazan over five years ago, with his part in Rostov’s fairytale adventure through Europe last season a major shot in the arm of his career. He rarely starts more than half the matches in a season, but has one of the deadliest heading abilities in the world, and is more than capable of leading the line by himself or alongside a partner. His familiarity with the ground will be a minor plus for Queiroz, and Russia defenders will know all about the threat he possesses.