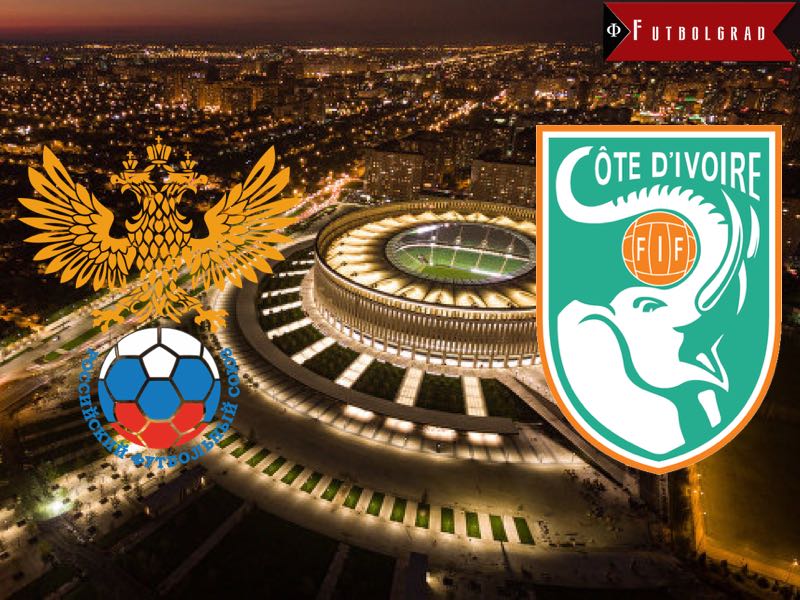 Krasnodar Stadion is the venue for Russia vs Ivory Coast – Image by Igor3188  CC-BY-SA-4.0

Russia continues its preparations for the 2017 FIFA Confederations Cup. On Friday, Russia will face Ivory Coast in Krasnodar, and then will entertain Belgium on March 28 in Sochi.

Both games will take place in Russia’s southern region in order to escape the cold that still has its grip on much of the nation. The game against Ivory Coast will offer the Sbornaya’s head coach, Stanislav Cherchesov, the opportunity to test his squad against a strong African side.

At a first glance, it seems makes very little sense for Russia to test against African opposition at this point. The Confederations Cup, however, also includes the 2017 African Cup of Nations winner, Cameroon, who are drawn in Group B with Chile, Australia, and Germany.

After failing to advance out of the group stage of the 2017 African Cup of Nations, Ivory Coast are currently in the middle of a rebuild. The country fired head coach, Michel Dussuyer, and replaced him with former Belgium manager, Marc Wilmots.

Wilmots will now be in charge of replacing the likes of Yaya Touré, Romaric, Gervinho, and legendary Didier Drogba, to form a new national team that can, once again, challenge for World Cup qualification and continental titles. Wilmots, during his time with Belgium, has shown that he is very adept when it comes to working with young and talented players.

Ultimately he, however, failed to lead a talented Belgium side to an international title, and was therefore replaced following the European Championships in France last summer. With Ivory Coast, he can now show that he can, not only identify young talented players, but also that he can form a team that is able to challenge for international accolades.

For Wilmots, the test against Russia will be a good chance to see several young players in action before the African World Cup qualification resumes in August. The Ivory Coast are currently first in Group C—which includes Morocco, Gabon, and Mali—of African qualifying with one win against Mali and one draw against Morocco.

Russia vs Ivory Coast – Players to look out for:

Mário Fernandes is perhaps the most talented player in Russia’s current squad. The Brazilian, however, will not be available for the Sbornaya until May 2017—he has a Russian passport, but FIFA regulations stipulate that he will have to spent five years in Russia before he can play for the Russian national team. In his absence, the Russian player to watch will be CSKA Moscow attacking midfielder Aleksandr Golovin, who reached prominence for the Red Army club during this season’s Champions League. 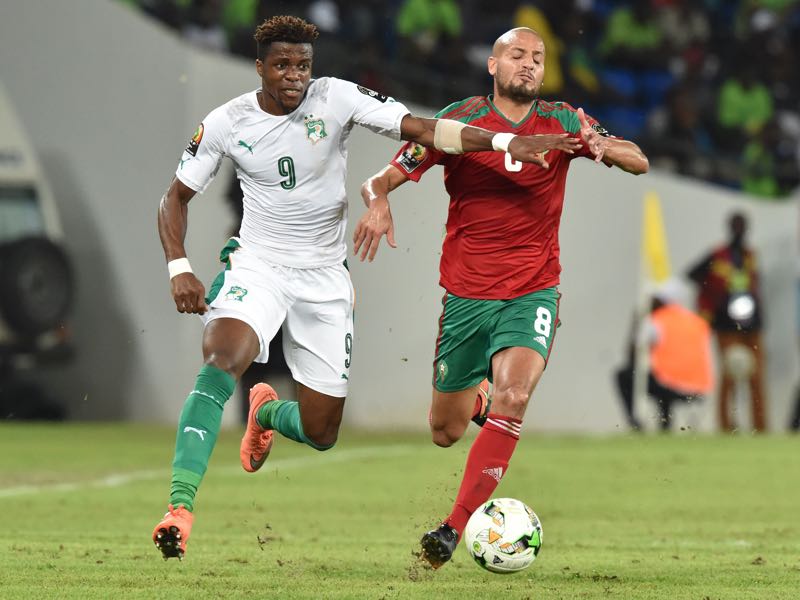 Wilfried Zaha will be one to watch. {ISSOUF SANOGO/AFP/Getty Images)

Wilfried Zaha is perhaps the most fascinating player on the Ivory Coast squad. Born in Abidjan, but having grown up in England, Zaha was once considered one of the biggest talents in English football. A successful stint at Crystal Palace was, however, followed with a disappointing time at Manchester United. Several loan moves followed before Zaha returned fulltime to Crystal Palace in 2015. In many ways, Zaha symbolizes the problems that England have when it comes to properly developing talented international stars. In the case of Zaha, this has meant that England have now lost out on a player who, perhaps in the long term, could have made a major impact.