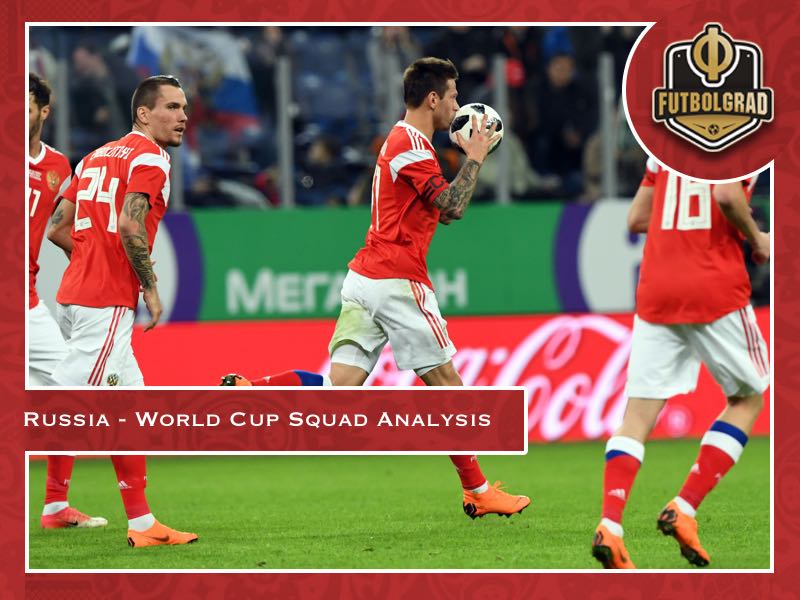 An eventful week is behind the Russian national team as Stanislav Cherchesov has announced his final World Cup squad. We have taken a closer look and provide you with an in-depth analysis.

Stanislav Cherchesov announced his World Cup squad earlier this week. The head coach made some unpopular decisions by not including Denis Glushakov, Roman Neustädter and Konstantin Rausch – supposedly because of fitness issues.

Without a doubt, the spotlight will be on Russia and Cherchesov on this tournament. At the same time expectations are low as many fans of the Sbornayaexpect minimal of the national team. While there are significant weaknesses to the side, our analysis suggests that not everything will be doom and gloom when it comes to the host nation.

There is no doubt that Akinfeev remains the strongest keeper in Russia. At the same time, there are significant doubts over whether Akinfeev is a good enough player to play at the highest level. Mistakes at big tournaments, the latest at the 2017 FIFA Confederations Cup, have overshadowed his career. 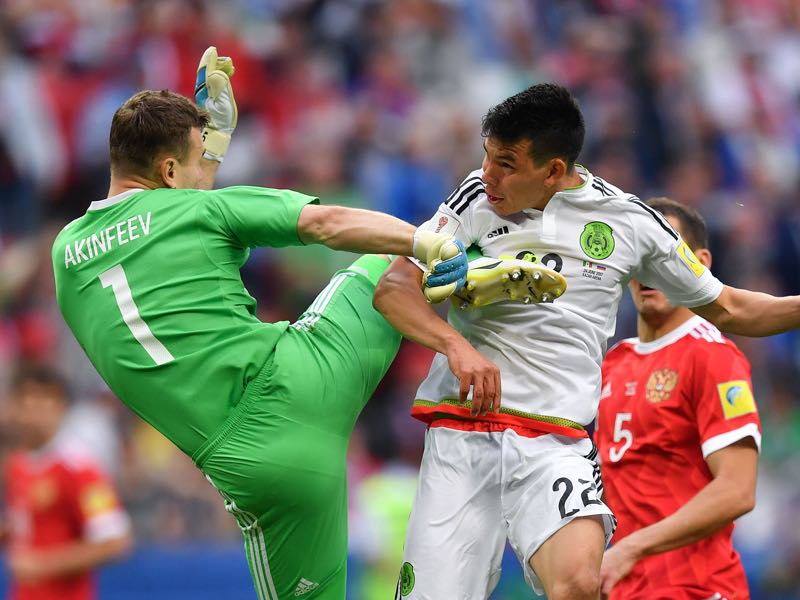 On top of that Akinfeev possessed the questionable record of going without a clean sheet in 43 consecutive Champions League matches. On the other hand, however, Akinfeev has won six Russian Football Premier League titles, six Russian Cups, the UEFA Cup in 2004 and ranks first in the Lev Yashin club– which ranks the Soviet and Russian keepers with the most sheets.

Backing up Akinfeev will be the experienced Brugge keeper Vladimir Gabulov. Gabulov hails from the Russian Caucasus and is considered a friend of Stanislav Cherchesov and as such is considered an extension of Cherchesov inside the dressing room. Zenit keeper Andrey Lunev in the meantime was one of the few consistent players for Zenit and deserved the call-up.

Russia’s defence has been Stanislav Cherchesov’s biggest headache. The Sbornaya likes to play with three central-defenders in a 3-5-2/5-3-2 formation. Hence, when Viktor Vasin and Georgi Dzhikiya went down with injuries one of the main questions was whether Cherchesov would have enough defenders to play his preferred system.

At the same time, the 3-5-2 system has been the preferred system among top coaches in the post-Soviet space for quite some time. Cherchesov’s analysis without a doubt will have determined that the system would be the best when it comes to allowing the Sbornaya to get the best possible result at the tournament.

As a result, it was only a surprise at a second glance when Cherchesov called up the 38-year-old CSKA Moscow defender Sergei Ignashevich. Ignashevich retired from the national team following a disastrous 2016 Euro campaign in France. Furthermore, the 38-year-old centre-back is going to retire from professional football at the end of the season. 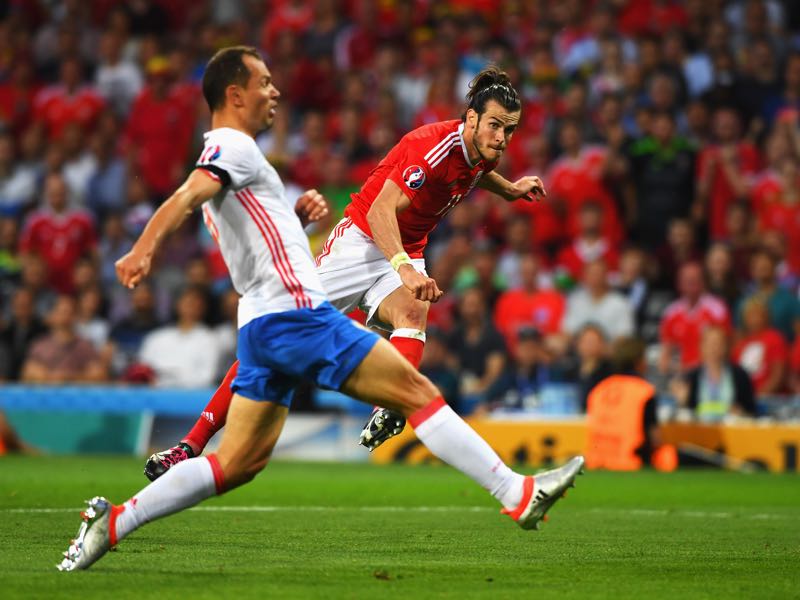 Now, however, he will be able to play one major tournament before hanging up his boots this summer. Ignashevich played the 3-5-2/5-3-2 system with his club side CSKA Moscow. Furthermore, he will bring the experience of 120 national team games to the World Cup side – whether he will have the speed to defend against the likes of Edinson Cavani and Luis Suarez (Uruguay) and Egyptian superstar Mohamed Salah (Egypt).

Ignashevich’s support crew of Vladimir Granat (Rubin) and Ilya Kutepov (Spartak Moscow) will be important to provide pace to the backline. Both are experienced when it comes to playing with three men in the back. Granat, in particular, has been schooled by the master of defensive football – Kurban Berdyev – and, as a result, could be one of the most important players in that side.

The likes of Mário Fernandes will aid the centre-backs. The Brazilian born right-back might be the best Brazilian born wing-back at the tournament and could have had an excellent chance to start for Brazil had the Seleção not snubbed the wing-back earlier on in his career. The CSKA Moscow wing-back could, in fact, become one of the most important players in this side and act as an important transition player between defence and midfield.

Midfield will be one of the key areas for Russia at this tournament. Here Alan Dzagoev will be the one player to watch. The boy from Beslan has been long considered the most talented player of his generation. At the same time, Dzagoev has refused – or failed to depend on who you ask – making a move to a big Western European side.

Dzagoev will be the metronome of this Russia side. Expect him to play at the centre of a five-man midfield – or three-man midfield depending on the tactical situation. In that position, Dzagoev will be expected to dictate Russia’s play switching the side from defence to attack.

Spartak’s Roman Zobnin will aid him in that endeavour. The 24-year-old is one of the most important players in Massimo Carrera’s system at the Myaso. Zobnin, in fact, has impressed enough to be on the verge of a transfer to Schalke in January 2017 but a torn ACL destroyed the ambitions of the young midfielder.

Now at the World Cup Zobnin will be tasked with freeing up room and space for Dzagoev. The 24-year-old has the underrated ability of a water carrier and without a doubt will want to use the tournament to advertise himself for a big money move to a big Western European league. 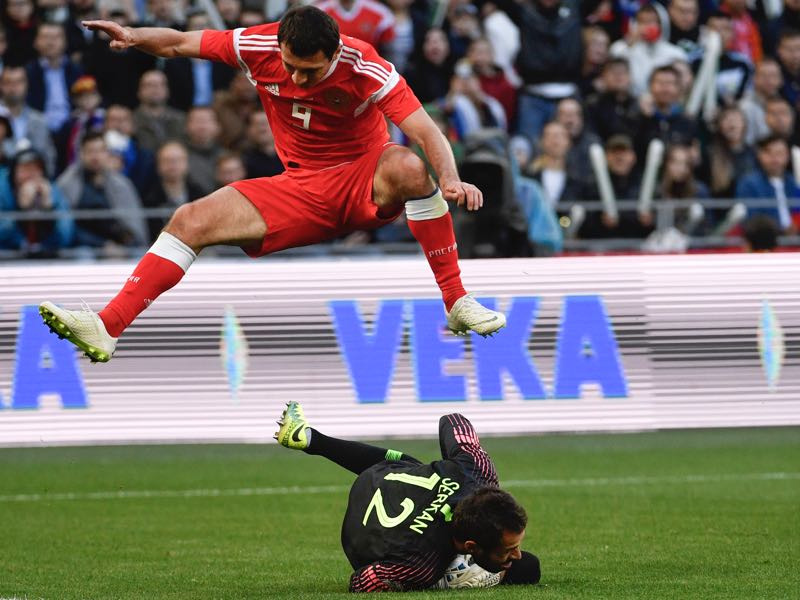 Supporting the two could be Daler Kuzyaev. The Zenit midfielder has been one of the few positives of a rather disappointing season for the St. Petersburg side. The 25-year-old combines attacking prowess with defensive stability and will be the perfect link-up player between Dzagoev and Zobnin. In his analysis for his squad, Cherchesov without a doubt will have spotted the Naberezhnye Chelny native as the player that could provide Russia with the special moments that could decide between a group stage exit and a spot in the elimination round.

Glushakov’s absence will become a significant topic should Russia fail to make the group stage. But in truth midfield is of little concern for this side. In truth, our analysis suggests that the attack and midfield would be of little interest and that instead, the biggest problem lies with the defence.

Speaking of the attack. Here Russia have their biggest star in Fedor Smolov. Smolov has been the best player in the Russian Football Premier League over the last three years. Scoring 63 goals in 99 RFPL games over the last season for Krasnodar Smolov has been a consistent goal scorer for his club side.

As a result, Smolov has been linked with a move to various clubs in Western Europe – including West Ham United and Borussia Dortmund. Without a doubt, Smolov would be an excellent scorer for many clubs in Europe’s best leagues. He may also be the only player in the squad, who can consistently perform at the highest level. Hence, expectations are high on Smolov as the striker is seen as a saviour of Russia’s World Cup aspirations. 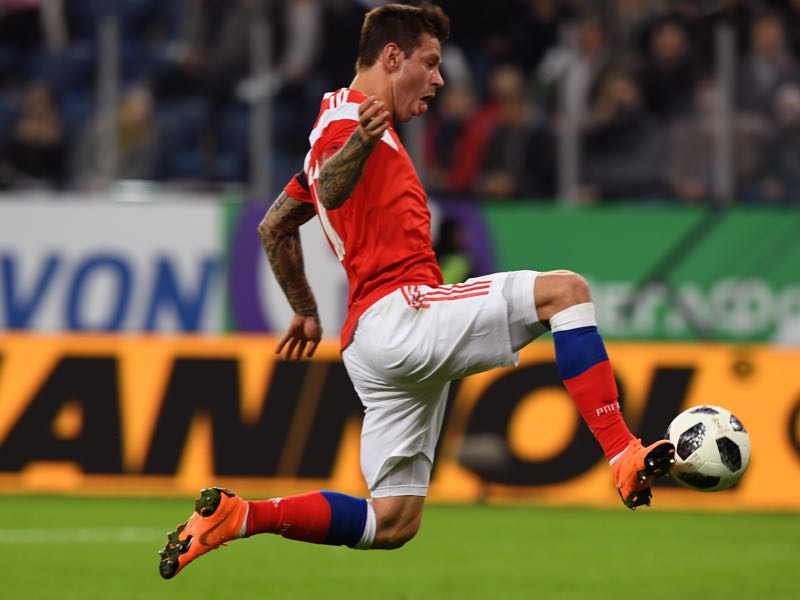 Fedor Smolov, according to our analysis, will be Russia’s key player (KIRILL KUDRYAVTSEV/AFP/Getty Images)

Smolov’s hype has meant that the likes of Artem Dzyuba will mostly be acting as a backup. The Zenit striker, who has impressed for Arsenal Tula in the spring, will be looking in from the outside throughout the tournament. Instead, Cherchesov’s analysis will have likely pointed out that Smolov will need an attacking midfielder on his side in the 3-5-2/5-3-2 formation to be effective.

Such a player could be Lokomotiv’s Aleksei Miranchuk. The Lokomotiv star had a spectacular season guiding his side to the first Russian championship in 14 years. Miranchuk was often used as a second striker in Yuri Semin’s 3-5-2 formation at Loko and would be a suitable player in the same system for the Sbornaya. Miranchuk, in fact, could become the second biggest star next to Smolov should Russia advance out of the group stage.

Loading...
Newer Post
Germany to face Saudi Arabia in final test ahead of the World Cup
Older Post
Marcelo Saracchi – The multi-purpose tool on the left