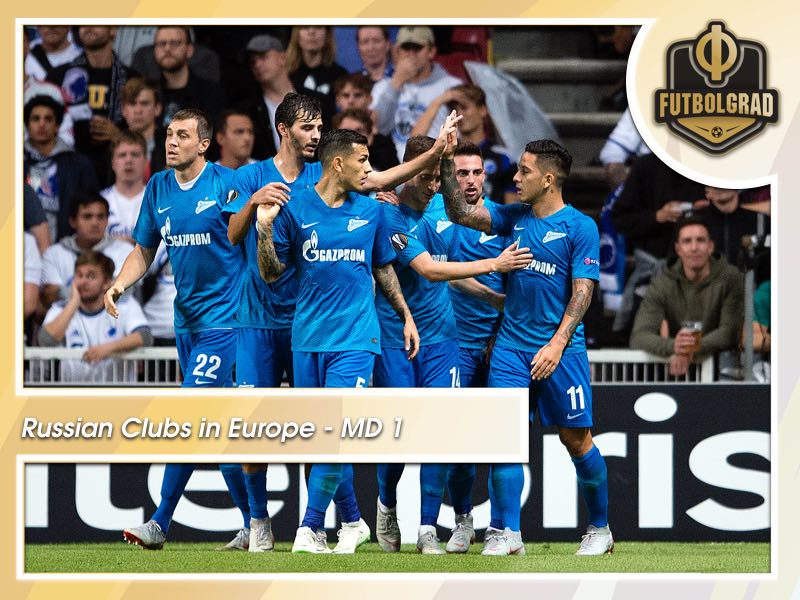 Russian clubs in Europe – The roundup after matchday 1

Russian clubs in Europe were a mixed bag on matchday 1. We on the Futbolgrad Network took a look at how all the Russian clubs did on the contintent.

All eyes may have been focused on Russia over June and July as the best teams in the world descended on the country for what was undoubtedly one of the most remarkable tournaments in quite some time. Russia had a remarkable opening game against Saudi Arabia and then turned it on to reach the quarterfinals of the competition defying expectations.

But now that the domestic season has resumed Russian hopes must now be pinned on more impressive performance from local teams on the European stage.

With no less than five teams competing across the Champions and Europa Leagues at least one of them should stand a good chance of progressing to the knockout stages and possibly even making it through to either of the finals next year in Madrid or Baku respectively.

If you fancy more than one of them to impress, it might be a good idea to check out a bet calculator, ensuring you get the best possible value and you can weigh up the likelihood of it coming off.

Lokomotiv Moscow are in a tough group which will take all their efforts to emerge from victorious. Pitted against Porto, Schalke and Galatasaray it would be fair to say that there’s not going to be an easy victory to be had against any of them.

This has already proved to be the case in their first encounter with the Turkish team who soundly beat them 3-0 in the opening match of the group stage. Lokomotiv may have won the Russian Premier Liga last season but their results were based on efficiency and, in truth, many of their victories could have gone the other way. 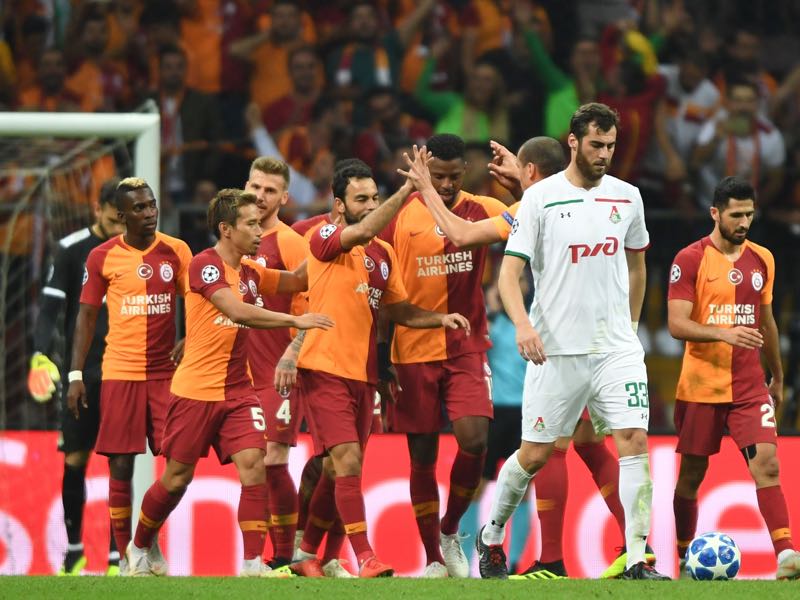 It is, therefore, no surprise that Lokomotiv have been struggling. But while defeat in Europe was not a significant shock their RPL performances to a certain extent have been with their 5-3 loss to Zenit on the weekend especially surprising.

The other club involved in the top flight of European action are CSKA Moscow, who will have to overcome both Real Madrid and Roma if they want to progress. The fact that they only managed a 2-2 draw against Plzen in their opening match is hardly a good omen.

Once again this is not a major surprise, however. Viktor Goncharenko is retooling the side at the moment and with CSKA the youngest Russian side in Europe this season will be all about learning

What about Russia’s Europa League sides?

On their previous form then it would surely be Spartak Moscow that you’d be wanting to back. The ten times winners of the Russian Premier League boast two of the country’s best international players in Alexsandr Samedov and Roman Zobnin. But their 0-2 defeat by Rapid Wien in their first group match may have put them on the back foot already, with Rangers and Villareal still to come. 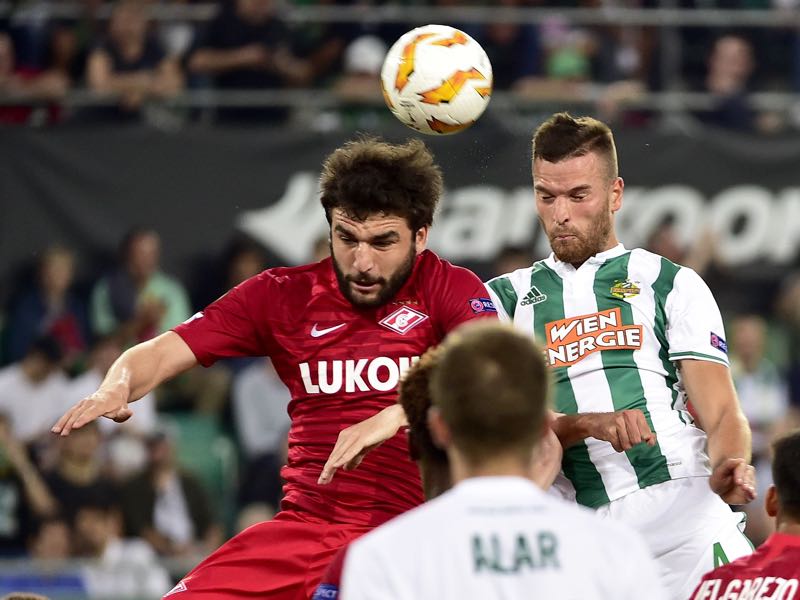 Also struggling in Europe could be the St. Petersburg team Zenit. While they secured a 1-1 draw against Copenhagen they have not looked very convincing at times in Europe this season even though they have the huge backing of Gazprom as part of their football empire.

That said recent league results highlight that Zenit are slowly improving under head coach Sergey Semak. Dominating the Russian Premier Liga it will only be a matter of time for Zenit to record positive results in Europe as well.

This means that the dark horse that could be well worth watching is Krasnodar. They’ve won their first game 1-0 against Akhisar, and in the space of the ten years they’ve been in existence have become quite a force to be reckoned with. At the same time, Krasnodar lost star striker Fedor Smolov and are in a bit of a transition period.

As a result, the only club that could truly compete in Europe this season would be Zenit, despite a negative result on matchday 1 in the Europa League.