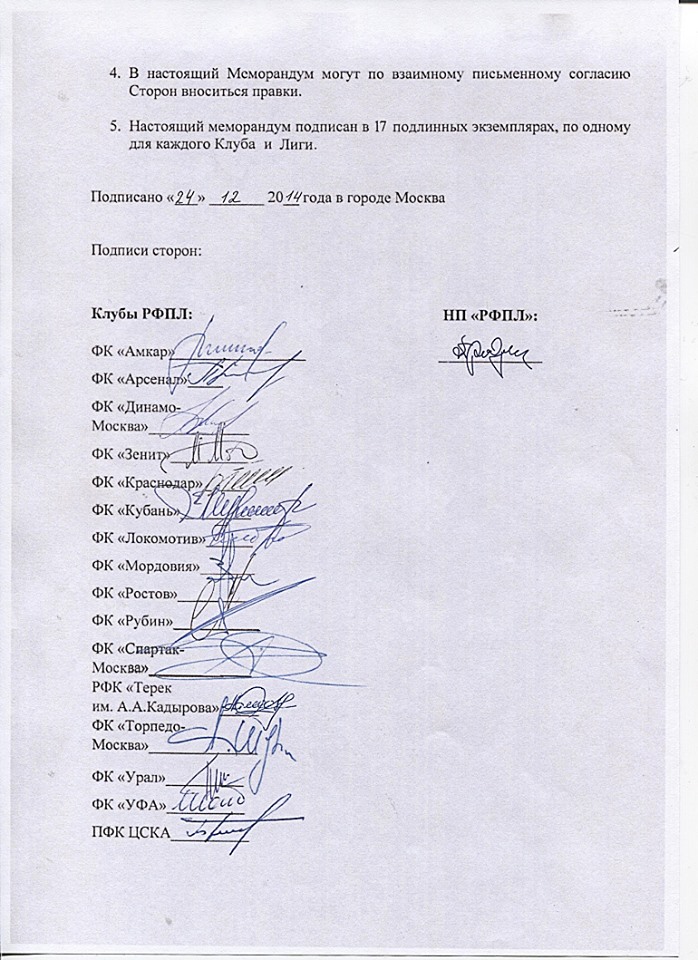 On Wednesday while most of the world was busy celebrating Christmas, Russian clubs were frantically trying to find a solution for the growing budget costs caused by the Russian rouble crisis.

In an effort to limit spending, and to comply with UEFA’s Financial Fair Play regulations, all clubs of the Russian Premier League (RPL) signed an ambitious memorandum in which they proposed to set an artificial exchange rate for all player contracts that are being paid in hard currency.

Russian media outlet Sport Express claims that representatives of all clubs have reached an agreement with a proposal to establish a “corporate” exchange rate of $1 to 45 roubles and €1 to 55 roubles.

The President of the Russian Premier League Sergei Pradkin has called this a necessary step to preserve the financial integrity of the RPL, and has also appealed the the Russian players union to understand the gravity of the situation. He does not believe, as some have suggested, that this will cause a mass exodus of foreign players.

The general director of Kuban Krasnodar, Evgenii Murav’ev, however, has stated that it will be difficult for RPL clubs to renegotiate contracts as clubs are already legally bound to signed contracts and thinks that if a single player does not accept the memorandum the entire deal will collapse like a house of cards.

The head of the all-Russian players union Alexander Zotov has pointed out that the issue of lowering wages can only be resolved through bilateral negotiations and while the union may be willing to renegotiate on a case-to-case basis it is ultimately up to the individual players to accept a new deal.

The current development shows both the helplessness of Russian clubs to deal with the financial crisis but also how fragil the Russian football economy has become. Without television and attendance revenue clubs are dependent on financial benefectors from the state and/or the private sector, with both spheres having already taken a heavy financial hit since the collapse of the rouble.
While RPL clubs are hopeful that players will be willing to take a pay cut, it seems more likely that the upcoming transfer window will see an exodus of some star players from Russia, as clubs are struggling to find a solution which solves problems related to the financial crisis while also balancing their Financial Fair Play responsibilities.