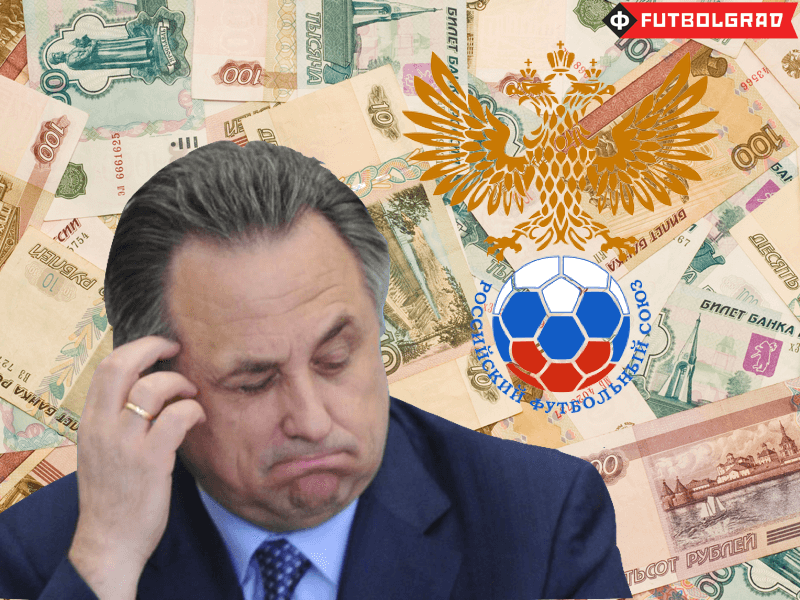 Russian Football Union and the Fight Against Bankruptcy

When Vitaly Mutko became president of the Russian Football Union on September 2, 2015, he stated that the organisation was on the verge of bankruptcy. Fortunately, soon after he was inaugurated as president, Mutko signed a four-year sponsorship contract with the Russian metal company Norilsk Nickel. The Norilsk Nickel deal ensured that the RFU was able to meet all its immediate obligations.

Mutko has now told reporters that the Russian Football Union is planning to reduce its total debt from around ₽500m (around €5.9m) to ₽316,233,000 (around €3.8m) by the end of 2016. The head of the Russian Football Union stated that the RFU had received money from UEFA for reaching the 2016 European Championship final tournament, and that a significant amount of the funds will be used to pay off its debts to national team players.

Mutko also revealed that Russian football’s organising body will soon have additional new sponsors who will be a source of some further income. These new sponsorship deals are said to be worth between ₽200-300 million (€2.4 million €3.5 million) although the parties involved have not been named.

The Russian Football Union will also levied a tax on foreign players, or legionnaire tax, which has provided a small but steady and much needed income for the football association. All clubs will soon have to pay a flat rate of ₽150,000 (around €1700) per legionnaire per season. The amount due to the RFU currently depends on the club’s league status with Premier League clubs currently having to pay ₽300,000 per player. Now however, all clubs—both Premier League and FNL—will be charged the same amount.

Mutko has stated that he dislikes the tax and hopes that it will be cancelled at the end of this season:”I hope that starting next season we will scrap this payment. I do not support such payments.”

Of course, ending the payments would reduce the income of the Russian Football Union only slightly, for implementation of the tax was clearly a popularity move on Mutko’s part and was intended to ensure that he will have the support of the clubs when the RFU presidency elections take place later this year. In September he hopes to be elected for four more years.

The RFU has been in debt for some time now, but the fact that for the first time in its history they do not owe their national team players any money is a good sign. It will be interesting to see how Mutko’s book balancing goes this year—with so much debt remaining and an expensive World Cup to organise, it could end up being a painful process.