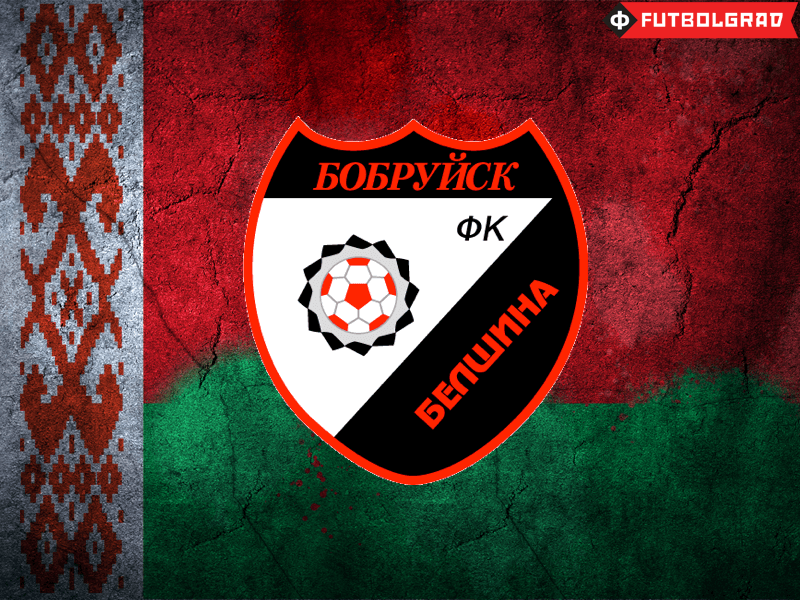 The Belarusian Vysheyshaya Liga is becoming more and more interesting, and the new season that could be the most balanced ever. While top tiers BATE Borisov and Dinamo Minsk are heavily revamping their teams, there are several clubs that are planning to join the race for the title. Shakhter Soligorsk and FC Minsk are already well-known figures in the Vysheyshaya Liga, and they might be joint now by the new comers FC Krumkachy and Belshina Bobruisk.

Krumkachy are a newly promoted club, which aim to become the most popular team in Minsk. Belshina have been recently taken over by Russian investors, whose dream it is to build a strong squad in order to compete for the championship.

Founded in 1976 as Shinnik Bobruisk, the club was renamed Belshina in 1996 and won the Belarusian championship in 2001. The 2001 season was the pinnacle of the most successful period for the team in red-black as they also managed to win the Belarusian Cup three times in the space of four years between 1997 and 2001. 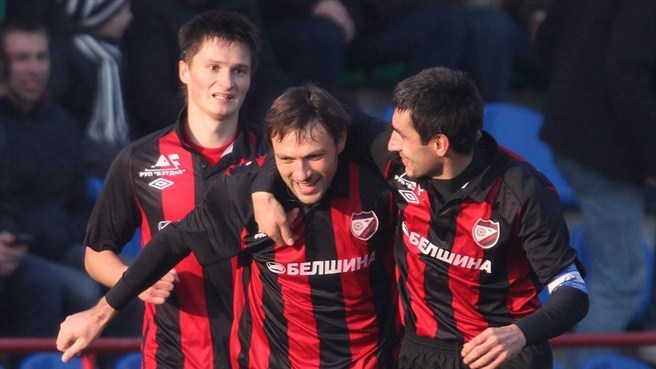 After 2001, however, the club declined, and was even relegated twice to the Belarusian First League (second division). Thanks to the appointment of the new head coach Aleksandr Sednev they returned to the Belarusian Premier League in 2009, and also reach the semi-final of the Belarusian Cup in 2011, where they were eliminated by Neman Grodno. Unfortunately Sednev’s project ended when the 38 years old decided to take a better paying job at Dinamo Minsk.

But Sednev’s didn’t even last a year in Belarus’ capital city, and in July 2012 returned to Bobruisk. Nevertheless, fans had to wait another three years before Sednev was able to create a competitive team. Finally, in 2015 completed to built an excellent squad that finished fourth behind BATE, Dinamo Minsk and Shakhter Soligorsk, narrowly missing out on a Europa League spot.

Now fans expect the team to be reinforced in order to improve the already good achievement. Nobody, however, would have imagined what was going to happen next. Just a few days later after the last match of the season against Isloch in Belarusian Cup, Sednev admitted in a shocking interview to leave Belshina as the club decided not to extend his contract, which would have run out on January 1 2016.

Despite a burning disappointment, his words underlined how “the chance to play in European Football must be an incentive to develop and to reform the whole football structure in Bobruisk.” Several weeks later, he joined Dnepr Mogilev, while Vitaliy Pavlov took his place in Bobruisk.

In such a surreal atmosphere, Belshina were also banned to sign new players due to impending debts. Despite succeeding in paying some of their debts the club struggled to meet all financial demands, but a new lifeline arrived in the form of an investment company. On January 19 PressBall reported that Russian investors would be keen on taking over the club. Belshina was not the first choice of the Russian investors as they were also interested in purchasing Dynamo Brest, but as Brest suffered even higher debts, they decided to invest in Belshina instead.

The Russian investors have appointed Sergey Novikov as the new sporting director at Belshina. Novikov’s player agency has lately been involved in some high profile transfers such as Gerard Gohou, who moved from Krasnodar to Kairat Almaty, Emmanuel Frimpong, from FC Barnsley to FC Ufa, and Maurício, who moved from Terek Grozny to Zenit Saint Petersburg. In a recent interview, Novikov portrayed the current situation in Bobruisk: “I’m frankly surprised by media’s reaction. We’ve just changed the club’s structure. Nothing special happened.” 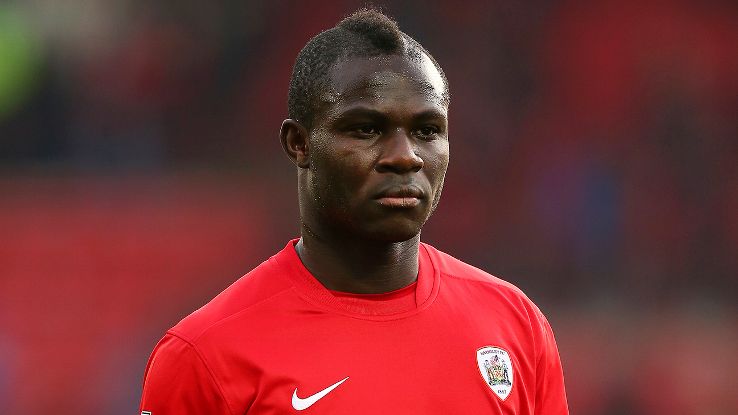 Emmanuel Frimpong was one of many transfer’s organised by Sergey Novikov – Image via espn.com

Regarding the future, he stated: “We need to understand that we are not a new Roman Abramovich [Chelsea] nor a new Leonid Fedun [Spartak] or a new Sergey Galitskiy [Krasnodar]. We haven’t planned big investments. We want to build the right system to make money and to develop our young talents. We will need more than a training facility to share our philosophy. Of course, it will be tough, but we have to be patient. I also hope people will attend our games. Now, our main tasks are to play an entertaining football and to bring fans back to Spartak Stadium.”

Compared to Novikov, general director Aleksey Yakovlev is more optimistic as he is expecting  great results in the upcoming season: “I think we could end in the first three positions.” This opinion is also shared by new head coach Vladimir Ezhurov, who hopes to win a medal too. Born in Tajikistan, Ezhurov had worked for 12 years with coaching legends such as Rostov’s Kurban Berdyev. Although some key players like Aleksander Shagoyko, Ilya Galyuza and Sergey Rozhok were free to leave the club, Ezhurov has been assured that the team will be reinforced. Belshina have already signed Dinamo Minsk’s Sergey Kontsevoy and Vitaliy Bulyga as well as Torpedo Armavir’s Danila Buranov. Furthermore, the red and blacks have also planned to sign several  Argentinian players in an attempt to bring South American flair to Belarus.

Will The Russians Deliver?

In the first friendly game, Belshina humiliated Volna Pinsk 7:1. Yet the club is still somewhat shrouded in mystery as the match was played behind closed doors, and journalists weren’t allowed to attend training. Furthermore there is still uncertainty over the investment as the Russian investors are yet to formalize the agreement, and have also not presented a major sponsor yet. According to PressBall, either MTBank or Ziko could start sponsoring the club. It is, however, anticipated that all remaining problems will be solved on February 3 after a long negotiation with Bobruisk’s mayor. From that date forward, Belshina will start a new life that could bring them at the top of Belarusian football. 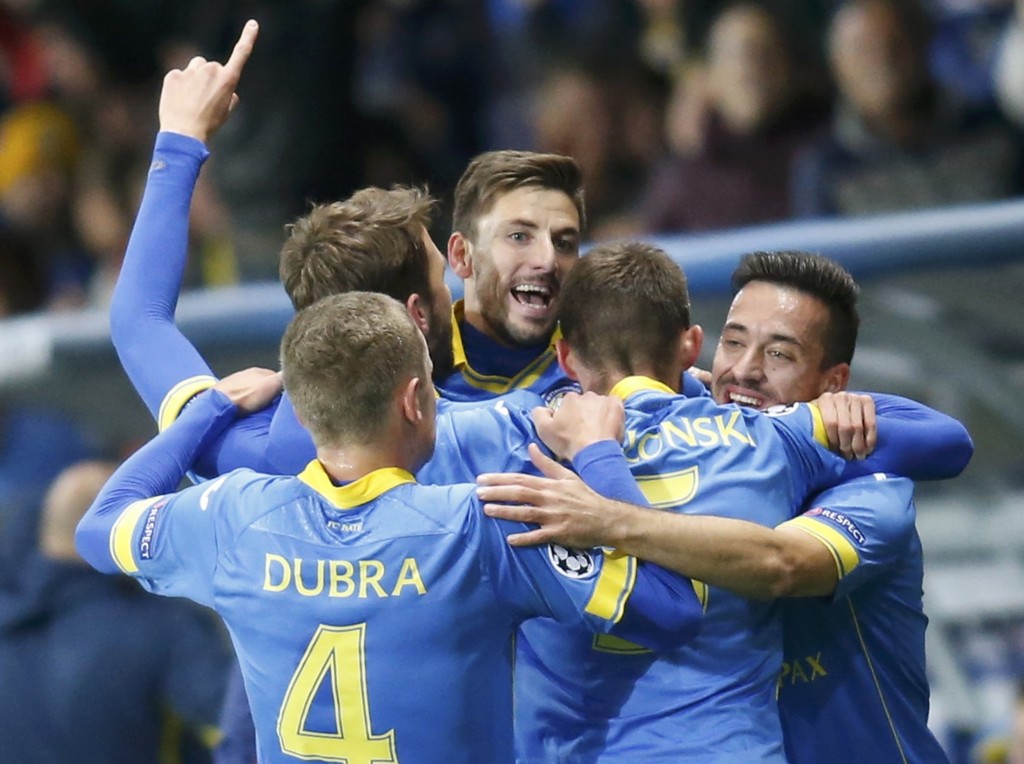 Hence, for Futbolgrad readers who found the Krumkachy’s project interesting, the Novikov’s one is certainly more ambitious and solid. Right now it is hard to anticipate whether they can steal the title from BATE , but they should certainly be able to challenge for a top spot making the league overall more interesting. One thing is for certain the Belshina project has already become the most discussed project in Belarusian football.

Stefano is a half Russian, half Italian Football writer. Stefano supports Lokomotiv Moscow. Stefano is the founder of the FCLMblog, the only blog about Lokomotiv outside Russia, and FCLMmagazine, which is the first magazine in English for an Eastern Europe football club. Stefano currently contributes to Russian Football News and MondoFutbol. Stefano is interested in everything related to Russia and the post-Soviet world. Follow Stefano on Twitter @confortistefano