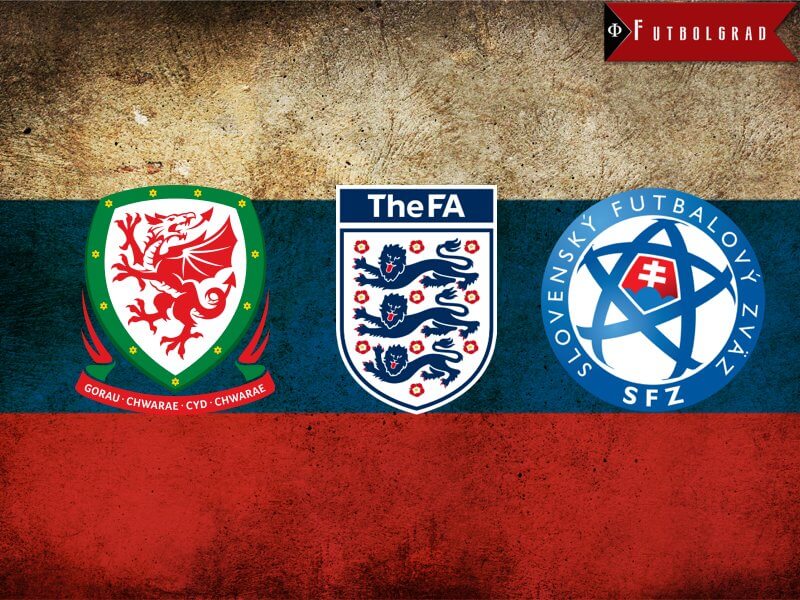 Russia experienced a rollercoaster of a qualifying campaign to reach Euro 2016. After looking dead and buried under Fabio Capello, CSKA Moscow coach Leonid Slutsky was able to guide them to four straight victories, booking an unlikely place in France. Russia may need to replicate some of this underdog spirit this summer, as they are placed in a potentially difficult group. Here is a rundown of their group B rivals: England, Wales, and Slovakia.

The world’s most expensive player has been in fantastic form for both his club Real Madrid and his national team. He has been influential in Real Madrid’s recent resurgence, contributing 20 goals and 11 assists in all competitions. Furthermore, Bale was integral to Wales’ successful qualification for the European Championships, scoring 7 goals.

Bale’s strength, skill and blistering pace make him a frightening prospect. Russia’s defence will have to be on top form in order to contain him.

It cannot be denied though that Coleman has transformed Wales into a well-drilled unit since taking over in 2012. Ultimately, qualifying for a major tournament like Euro 2016 for the first time in 58 years has to be seen as a major achievement.

Wales were impressive and consistent in qualification. The highlight came in their memorable 1-0 victory over an immensely talented Belgium team.

Russia have an excellent record against The Dragons, as the Welsh national team is often called. They last met in qualifying for the 2010 World Cup, where Russia triumphed home and away. Furthermore, they also met in a play-off for a place in Euro 2004, where Russia triumphed with a 1-0 victory over two legs. The Welsh have come a long way since then, however, and will prove a much trickier prospect this time around.

Wales’ last appearance at a major tournament came in the 1958 World Cup, where they were knocked out in the quarter-finals by Brazil, thanks to a goal by a young Pele.

The Tottenham Hotspur forward has been a revelation in the Premier League this season. With 25 goals, he has been the talisman for Tottenham’s excellent season. With silky skills and a keen eye for goal, he will be looking to make a major mark on this tournament.

Hodgson is a man with a wealth of experience and an impressive CV. He has been in charge of sixteen different teams in eight countries, including Inter Milan, Blackburn Rovers, Malmö FF, Fulham, West Bromwich Albion, and Liverpool. Hodgson is also no stranger to coaching teams at the European Championships, having helped underdogs Switzerland qualify for Euro 1996, and guiding England to the quarter-finals in 2012.

Hodgson’s England, however, crashed out at the group stages of the 2014 World Cup in Brazil. He certainly has a point to prove this summer at Euro 2016.

England were the only team to have a 100% record in qualification for Euro 2016. In truth, they were rarely challenged in a group including Switzerland and Slovenia. Wayne Rooney ended up as top goal scorer in England’s qualification campaign, finding the back of the net 7 times.

The two teams last met in qualification for Euro 2008. Russia’s 2-1 victory in Moscow shell-shocked England, and contributed to their failure to advance to the 2008 European Championships in Switzerland and Austria. Russia meanwhile went on to have a memorable tournament, making the semi-finals. Could they emulate their predecessors and cause an upset against the Three Lions in Marseille?

This will be England’s tenth appearance in the European Championships. They face the inauspicious record of being the first country to compete ten times without winning a single tournament.

The Napoli captain has been a stalwart of the Slovakian national team since his debut in 2007. An immensely talented and versatile midfielder, he is capable of dictating play in his advanced playmaker role, and making incisive attacking runs. If left to his devices, he can cause serious problems for any defence.

The former Czechoslovak Footballer of the Year assumed the position of national team manager in 2013. In the role, he has guided independent Slovakia to its first ever European Championship finals. Kozák is known as an eccentric figure, with a history of outrageous touchline antics.

Slovakia qualified second in their group, after impressive victories over Spain and Ukraine. They also suffered upsets, however, including a disappointing loss at home to Belarus.

Russia have a mixed record against Slovakia, having won only one of their last four competitive encounters. The last of these was a 1-0 defeat during qualifying for the 2010 World Cup. Slovenia may be considered the minnows of the group, but history shows they are capable of punching above their weight.

Along with the Czech Republic, Slovakia is the youngest nation at Euro 2016. Both were formed out of the defunct Czechoslovakia in 1992.

Sathesh Alagappan’s two passions are football and history. He studied history at the University of Southampton, where he took a particular interest in Soviet history. He went on to work in the football industry as a researcher. Sathesh is now a football writer based in London, and he enjoys writing about Soviet and Russian football culture. Follow Sathesh on Twitter @sathesh1992